The biggest problem with the Book of Mormon deals with DNA and archaeology that doesn’t seem to match Native Americas.  How does Jonathan Neville, an expert on the Heartland Theory, deal with the Mormon DNA problem? 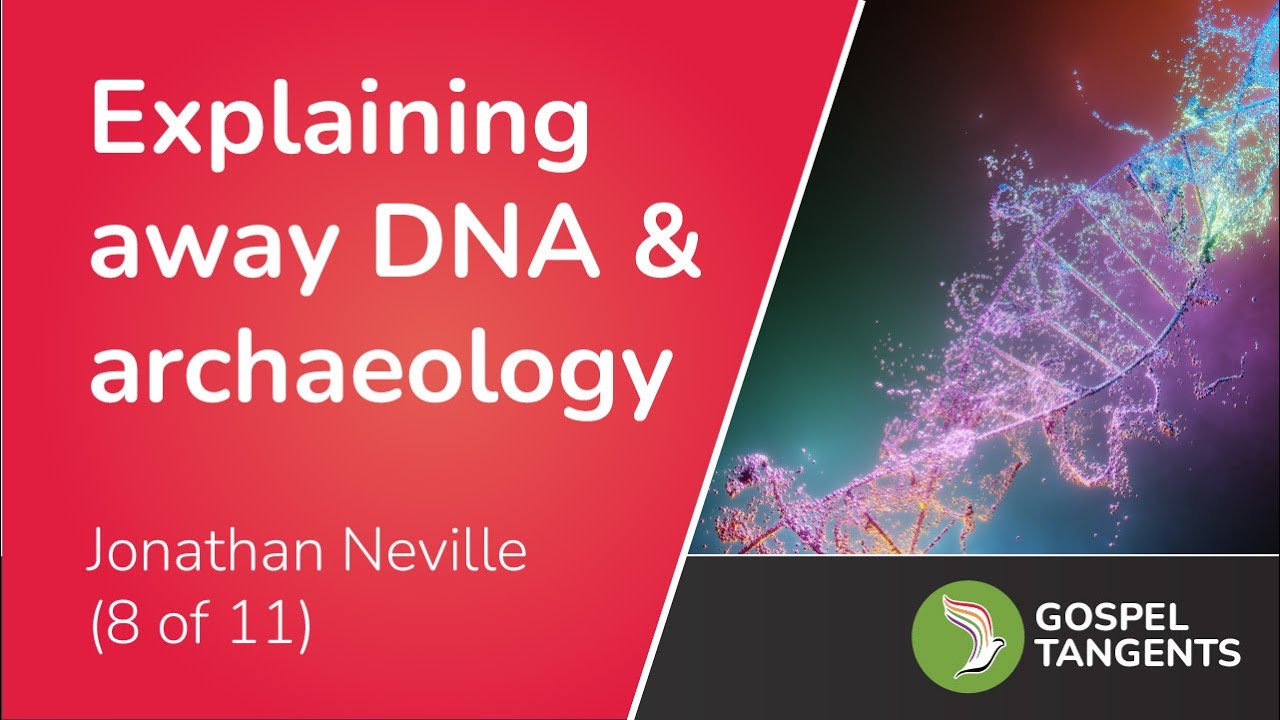 GT:  Of course, there are critics: Thomas Murphy, Simon Sotherton, even Ugo Perego. I wouldn’t call him a critic, but let’s talk about DNA. Now, I know Rod has what I would view as a very unscientific way to handle that. It was interesting to read what you said. In a lot of ways you, I would say, kind of embrace the limited geography theory, the Meso theory, as far as the Nephite numbers were small. There were lots of Native Americans here before, so you’re just not going to find traces of DNA. I will say that Thomas recently was on Mormon Book Reviews with Steve Pynakker. One of the things that he said, which really surprised me, he kind of embraced Heartland in the fact that this is the environment Joseph grew up in. He saw these mound builder myths, and so the Book of Mormon is an embellishment, I guess, from Thomas’s point of view, of these mound builder myths. So, he does agree with you that Joseph did view the Hopewell people as the Book of Mormon peoples. The criticism is, where’s the Cohen DNA? It’s not there.

GT:  And I also love to point out the Lemba tribe in Africa. For those who are not familiar, there’s a black African tribe in South Africa that claimed they were descendants of Israel. They’re black people. They did a DNA test, and, sure enough, they have Cohen DNA. They have Israelite DNA. So, that tends to cause a problem with Book of Mormon proponents. I don’t care whether you’re Heartland, Meso, Baja. No matter what, any theory that you propose in America, it’s Asian DNA. It’s not Israelite DNA. So, how do you respond to that?

Jonathan:  Okay, I respond to that two ways.  First, Joseph, in the Wentworth letter, he said it was inhabited, the Americas or America, I think he said, was inhabited by two civilizations: the Jaredites and the Lehites, let’s say, which would include the people of Mulek. The way I understand the Jaredites, is they came over. I believe they crossed the Pacific after traversing Asia. It was Jared and his brother and their friends. It didn’t say where their friends came from. But presumably, they were friendly enough to pick up some Asians with them. So, they crossed over. I think they landed up in the British Columbia area. There’s a native tribe up there that that’s their tradition, that their ancestors came on tight ships, and they had glowing pearls inside. That was just a Native American tradition, origin story. And that fits, I think it makes sense. So, then they landed here, and it said they spread out everywhere. When they did their census, a few years later, they only had Jared and his brother. They didn’t talk about all their friends. So, I infer from that that the friends took off even farther away.

Jonathan:  So, Jared, and his brother hung out still, presumably, not too far from where they landed, let’s say Seattle area, somewhere up in there. Then, based on Ether’s genealogy, he had 33 plus generations of people, by the time he got to New York, where he was. So, they crossed over the Great Lakes, spread out throughout the United States, all the way down, Central and South America. And I’ve seen studies. There’s one published paper that says the Native Americans traveled to British Columbia, and then north towards Alaska, instead of coming over the Bering Strait, which would imply a waterway to get here like the Jaredites did. There’s lots of ambiguity about exactly whether they cross the Bering Strait or not. So, my interpretation of it is the Jaredites had Asian DNA they brought over during their travels, and they spread throughout the Americas. There could have been other people from Asia, as well. But the Jaredite migration satisfies the Asian to me. And that’s because the only Jaredites that the Book of Ether talks about were his ancestors in New York.

Jonathan:  So, I have no problem with Asian DNA. I think it’s consistent with the Book of Mormon. As far as Lehi and Mulek, we don’t know their ancestry as Ugo has pointed out. We know they came from the area of Jerusalem. Whether they had the X2 haplotype or not, that’s the big controversy is, when did the X2 haplotype break off? Because anybody can look on Wikipedia, or the journals behind it, and see that there’s a concentration around Israel and a concentration in the northeastern United States. I mean, that’s just a fact. Even Ugo acknowledges that. He’s just saying…

Jonathan:  Well, yeah, but, of course, people migrated around. But the concentrations of it that were the native peoples that they’ve done the surveys of, the highest concentration is around Israel and the Northeastern United States.  Actually, it should be backwards you’re your perspective.

Jonathan:  So the entire issue, as I understand it, and I’m not a DNA expert, but I read Ugo’s papers. I’ve talked to Ugo about this. I’ve read Rod’s book, and I understand that the primary difference of opinion between them is when this X2 broke off into this smaller haplotype, X-2A, B, or whatever. Ugo, of course, says it happened long before Lehi.

Jonathan:  Yeah, but he also says that the first Americans, the first people came to America around 70,000 years ago, something like that.

Jonathan:  So, basically, the Darwinian theory of evolution is what he teaches. I don’t know. I wasn’t there. All I can go by is what science tells us. But I’ve seen enough science to know that it’s always subject to change. So, what Ugo says today, he may not say two years from now, because there’s additional discoveries coming out.

What do you think of Jonathan’s explanation?  Check out our conversation…. 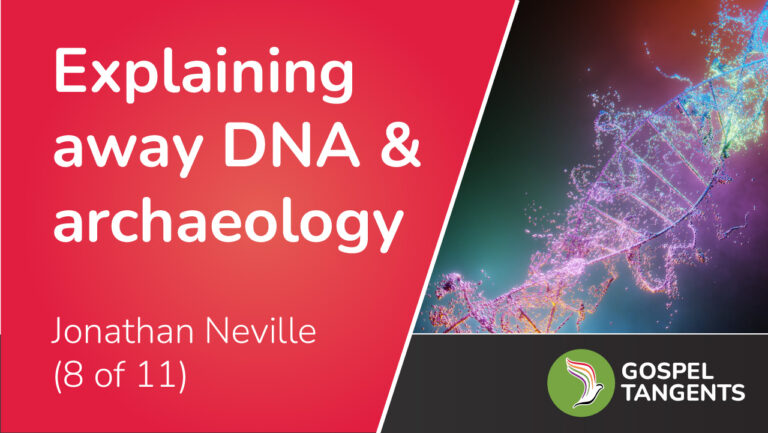