Table of Contents: Was Joseph Smith Really Editor? (Part 2 of 11)

Joseph Smith was listed as the editor of many newspapers in his day. Some people attribute things about Book of Mormon geography to him in these newspapers, but Jonathan Neville disputes the idea that Joseph Smith endorsed these geography claims. 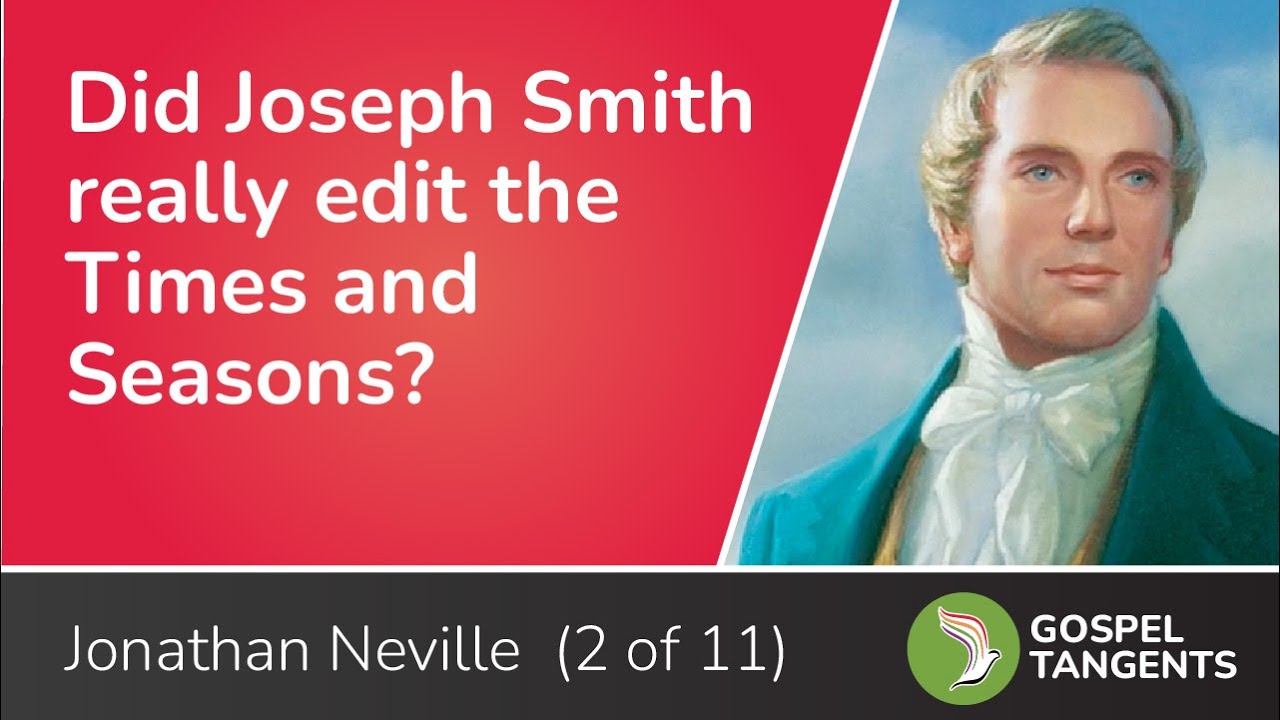 Jonathan: [Joseph Smith] visited John Bernhisel and shortly thereafter Bernhisel bought these two books about Central America that he gave to Wilford Woodruff to give to Joseph Smith. Bernhisel and Joseph Smith had been corresponding because Bernhisel was buying property in Nauvoo. They’d written a few letters back and forth. So, when Woodruff took these Stevens and Catherwood books, two big thick volumes on his trip from New York to Nauvoo. Wilford Woodruff read these books. He wrote about them in his journal and said, “They’re fascinating,” and all this. It turns out Wilford Woodruff had an especial interest in history and geography. He had read other of Steven’s books when Stevens was traveling in the Middle East. So, naturally, he was interested in these books about Central America, as well.

Jonathan:  So he [Woodruff] goes to Nauvoo. At some point, a thank you note was written from Joseph Smith to Bernhisel. Joseph Smith didn’t write it, but it thanked him for these books. It said something, words to the effect that, this is the most accurate history or something, referring to the Book of Mormon.

Jonathan:  So, that led people to assume Joseph Smith had actually read the books, and was endorsing them as the history of the Book of Mormon. It was about eight months, almost a year later, when these articles appeared in the Times and Seasons, that quoted from the Catherwood books. So, ever since then, pretty well, since at least the 1850s or so, after Joseph died, people assumed he wrote those articles.

Jonathan:  When I dug into this, I said, “Well, in the first place, the articles were anachronistic because they refer to ruins that post-dated a Book of Mormon times. So, the articles themselves were incorrect and we know that now. It was just speculation. So, I thought, “Would Joseph Smith really be that obviously wrong about the geography of the Book of Mormon?  When I started looking at this history, where Winchester had been writing about it, and he’d written many other anonymous articles in the Times and Seasons, I thought, “Well, this is just kind of a continuation of a pattern.”

GT:  I mean, that’s kind of what Bruce Van Orden says in Nauvoo, that Joseph Smith’s name was on everything, but he didn’t do anything.

Jonathan:  That’s right. Bruce and I, actually it’s interesting, because I had published that book about the time Bruce and I were talking about all this. We were kind of negotiating with each other about how much was Winchester and how much was Phelps. But it was obvious that it wasn’t Joseph Smith and it wasn’t John Taylor. I found a thing that Wilford Woodruff wrote in the same time period, where he said, “Joseph’s is so busy, he hardly has time to sign his name to the things we prepare for him to sign,” because he was the mayor of Nauvoo, and all these other things. When I saw that, I thought, “Well, how is he going to be sitting around writing these long articles about Stevens and Catherwood or editing them, or even approving them. So in my book, I pointed out there, I found a couple of instances where Joseph didn’t even know what was in the Times and Seasons until after it was published and he read it.

GT:  And that had his name on it or something.

Jonathan:  Yeah, his name, at the very end, after, in March, when he took over– what had happened is, in January, when they got rid of Winchester, they received a revelation. It’s not in the Doctrine & Covenants, but a revelation that the Quorum of the Twelve should take charge of the Times and Seasons. That’s when Joseph kind of did it. But William Smith was also a member of the Twelve. So, it made sense for him to be involved with it, as well as John Taylor and Wilford Woodruff. Let me make sure I have my train of thought right.  So, when these articles came out in the Times and Seasons, Winchester had already had a history of linking the Book of Mormon to Central America, and being very proactive about that. Then, there’s a couple of articles in the Times and Seasons during this time period that came out of Boston, at the Boston Intelligencer. By comparing who was doing what and when, and all of that, I realized that was Winchester that was part of those articles as well. So, it turns out when I did my analysis, I had Winchester and or Phelps to some degree, but let me back up. This might be getting in the weeds too much for some people, but the Try the Spirits article, had this long discussion of kind of Christian history and so on. Then, it had some updates about what was happening in Nauvoo, which Winchester couldn’t have written because he was out in Philadelphia. So, that’s where I kind of saw the link between Winchester and Phelps, and/or Winchester and William Smith.

Jonathan:  My thesis was that William Smith, having to fill two newspapers, was soliciting content, and he got a lot of it from Winchester. Winchester would send letters out there. We know Winchester was mailing letters to Nauvoo because I found another one that he wrote later that year to the leaders of the Church in Nauvoo. So, there was an act of correspondence. Then, when William Smith went out to publish the Prophet in New York, he solicited Winchester to come write articles for him, which was another indication he’d been doing it in Nauvoo. Anyway, I wrote this book, and the guys criticized it in The interpreter, and so on. I had to condense my material down to around 300 pages to have a published book, but I had hundreds of pages of other notes. They had made a couple of good points. So, I did a second edition of the Lost City of Zarahemla that addressed their objections. Then, I did two additional books with all my other research.

Jonathan:  By now, I don’t think there are any historians who have looked into this, who still think Joseph Smith was editing the Times and Seasons. What had happened is…

GT:  So, between you and Bruce Van Orden…

Jonathan:  Yeah, and a few others who haven’t come out publicly.

Jonathan:  But, seriously, the only explanation I’ve seen for believing that Joseph Smith was the editor was the boiler plate at the end of the newspaper. It said it.

Jonathan:  Yeah, right. Well, here’s the thing about the boilerplate. It said that Times and Seasons is printed and published and edited by Joseph Smith. No one thinks he was down there setting type or running the printing press, right? Even though it said it was printed by Joseph Smith.  It’s the same with the editing. He was the nominal printer, but he was also the nominal editor. That makes tons of sense.

What do you think of Jonathan’s argument?  Check out our conversation…. 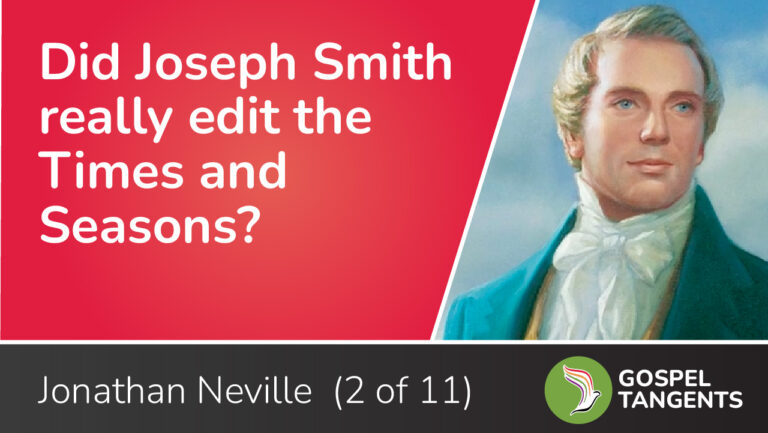