PrevPrevious EpisodeWhy So Few Children of Polygamy in Nauvoo? (Part 8 of 10)
Next ExpisodeGet Peer Reviewed! (Part 10 of 10)Next 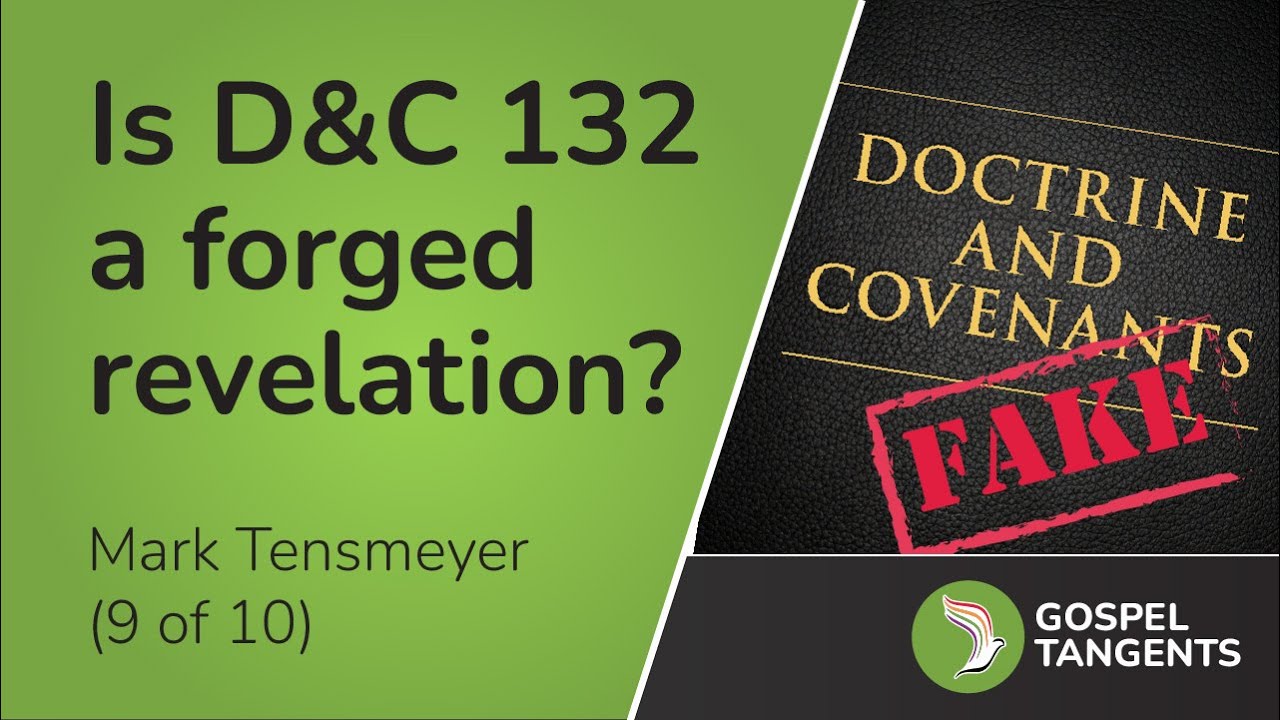 GT:  Very good.  All right. Well, let’s move on to one of the big issues with polygamy skeptics: section 132. A lot of people I know say, “It wasn’t written by Joseph.” Obviously, Joseph didn’t write much. Most things were written by scribes.

Mark:  Almost everything was written by scribes.

GT:  Yeah, which, it seems like the skeptics seem to fail to acknowledge [that fact.] So, let’s talk about 132.

Mark:  Right. So we talked about that. What we have is we have the manuscript in the handwriting of Joseph Kingsbury. Now, Joseph Kingsbury, he’s involved in a couple of ways. One, he’s the legal husband of one of Joseph’s plural wives, Sarah Ann Whitney, and he marries her after Joseph marries her as a plural wife and at Joseph’s request. So, the idea is that him being Sarah’s husband would mean that she was not available for courting or anything like that. So, there’s that and he’s also the widower of Sarah’s sister, Carolyn. The sister, her sister, Carolyn had died, and he had married her. Joseph had promised to seal him to Carolyn to as part of this arrangement, sealing for eternity to Carolyn.

Mark:  He’s also the employee of his father-in-law, Newel K. Whitney, Bishop Whitney. He’s a clerk. The story is that after Hyrum gets this revelation, like I said earlier, he wants to show it to people and wants them to think that this is great and so forth. He shows it to, shortly after it’s committed to paper. He shows it to Bishop Whitney. Bishop Whitney wants a copy of it, and they allow him to.  Now the thing is, Newel K. Whitney kept the running collection of manuscripts of Joseph’s revelations and had for a long time. Oliver Cowdery and the scripture committee that compiled the Doctrine & Covenants in 1835, borrowed from Newel K. Whitney’s collection. So, he had canonized, and he had uncanonized revelations. He had a collection of them. So, it’s not unusual that he would, and a few other people did. So, it’s not unusual that he would ask for it, and given [that] Whitney’s obviously an insider into polygamy, as is Joseph Kingsbury. It’s not unusual that they would be involved. So, one of the things that people will argue is well, Joseph Kingsbury is not one of Joseph’s known scribes. That would be significant if this was Joseph’s personal copy. It wasn’t. William Clayton, who was one of Joseph’s known scribes scribed the original copy. This was a copy that was kept by the Whitneys. Brigham Young eventually asked for it in like 1847/1848 at Winter Quarters. Before he does Newell K. Whitney’s son, Horace makes two copies of it, which the family keeps. Those copies are now in the Church History Library.  You can review them, and they are word for word the same as the Kingsbury manuscript.

Mark:  So, I really don’t see any evidence that the Kingsbury manuscript is a later fabrication. Joseph Kingsbury testified to all this both in an affidavit and then also in the Temple Lot [case.] The argument made by a lot [of people] is that “Well, he didn’t he wouldn’t swear to testimony in the in the Temple Lot case.”  But, he affirmed it. He says in there, contrary to how it reads the RLDS abstract, he never said that he was afraid of perjury. He just said that it was his preference to affirm his testimony, rather than to swear it. He’s asked a lot of things throughout about whether he’ll swear to things that are not even controversial, like when he became a High Priest and things like that. He won’t swear to that, either. It’s just, he just didn’t want to do that. He didn’t like to swear to things.

GT:  Is that kind of a New Testament thing where Jesus says you’re supposed to yea, yea? Don’t swear.

Mark:  You know, a lot of people have that. In the law, too, affirming your testimony here is the same consequence of perjury, if you testify falsely. But, some people, you can say, affirm. In a lot of the federal hearings, I listen to, the judge will just say, “Do you swear or affirm?” The answer is just yes. You don’t have to say which one.

Mark also details  how the RLDS Church and other non-LDS sources accepted the legitimacy of the revelation. Check out our conversation….

626:  Why So Few children of Polygamy in Nauvoo?

PrevPrevious EpisodeWhy So Few Children of Polygamy in Nauvoo? (Part 8 of 10)
Next ExpisodeGet Peer Reviewed! (Part 10 of 10)Next 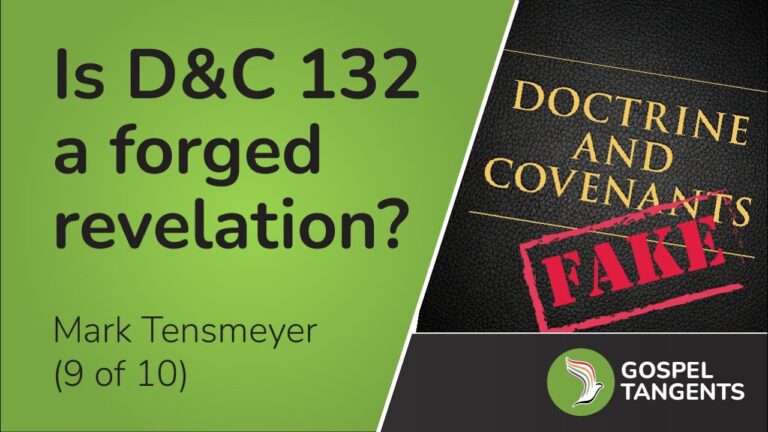