In a conversation with Denver Snuffer, he claimed that if we threw out all evidence after Joseph Smith died, there is little evidence Joseph practiced polygamy. While I’m sure that’s an appealing tactic of a defense attorney, is that something a judge would allow? I’m excited to introduce Mark Tensmeyer, an attorney from Texas and we’ll talk about rules of evidence. What exactly is hearsay evidence? Mark will explain. 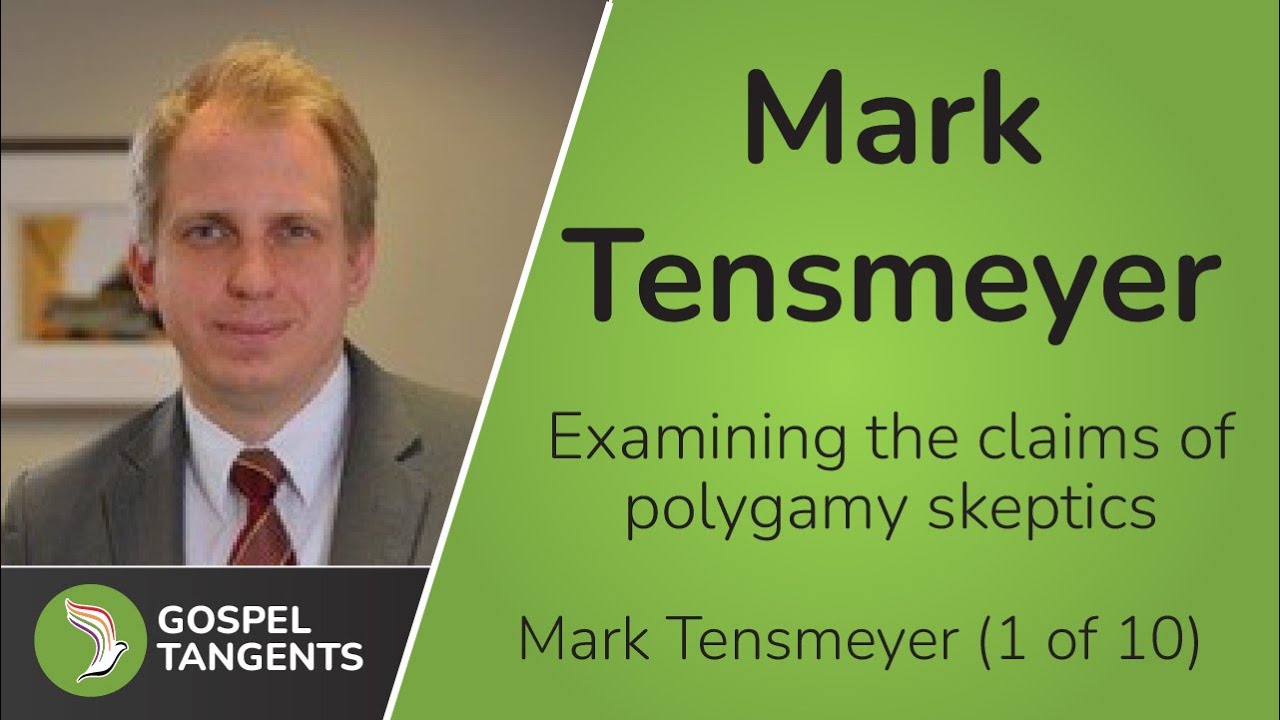 GT:  One of the things that Denver said that I’d really like to question you on is Denver went to Michael Quinn, and said, “Well, if we cut out all the evidence after Joseph Smith died, June 27, 1844, then there’s not very much evidence that Joseph Smith was a polygamist.”  Personally, I think, if I was a defense lawyer, that’s exactly what I would do. I try to throw out as much evidence, especially, of course, bad evidence that wasn’t helping me, as possible. So, I think it’s a great defense tactic. I don’t know that a judge would necessarily buy that. Can you tell us about that?

Mark:  Yes, I can speak to that. First off, the legal rules of evidence ought to be seen in the context of the legal case. I mean, they don’t necessarily apply to weighing and balancing evidence, like in history or in any other situation in real life. We have laws that govern what kind of evidence can be considered, but the law doesn’t give us a lot of direction on how to weigh and balance evidence or what kind of weight to give evidence. So, Denver Snuffer, he said that we ought to just cut off all evidence after Joseph Smith died. I’ve watched that interview.  He said [that] you need to cut that off because you can’t use evidence of what a dead man said after he’s dead. So, in the law, there’s the hearsay evidence about how anything that was said outside of a courtroom setting is hearsay. But that applies to all oral communications. So, since Joseph Smith is dead, everything he ever said, or did pretty much is based on hearsay. So, even Joseph Smith’s denials that he was a polygamist, is based on hearsay. I mean, it’s hearsay.

Mark:  A lot of people, well, I mean, this is really the core argument, is they say, “Well, we need to have something that comes directly from Joseph.  We need to have his thoughts on this, not what somebody else thought about him doing.” That’s one of the major points.   But what does that even mean? I mean, he’s not here to tell us. So, everything he said, is hearsay. I mean, when you say, “Well, we have this from Joseph, these articles in the Times and Seasons…” So, we have newspaper articles that quote him, and I think we can be very confident that he actually said those things.

Mark:  But, then there’s other things, too, we can look at to try to get at what he did. So, I watched that interview with Denver Snuffer, where he said, “You can’t get it from a dead man.” I think he might be talking about the dead man statute, which a few states have. In most cases it’s very, very restricted. So, here in Texas, where I’m licensed, it only applies in intestacy cases, where you’re talking about something that the decedent said to a beneficiary about a will or something like that, something of that nature.  That’s really the only place where that applies in Texas. There are hearsay laws. But then there’s all kinds of exceptions to the hearsay laws. One of the exceptions to the hearsay laws is ancient documents law. So, any document is over 20 years old is admissible. So, that would qualify for most of any document we have, as long as it’s found in place where there’s a reasonable chain of custody there, to where it’s found, and whoever said it. A lot of states have that, the ancient documents rule. So, no, I don’t think even using legal things, you could really just cut off the rules at Joseph’s death. Even if you did, there’s still plenty there.

GT:  I just want to point out that in any murder case, the evidence was collected after the crime happened. So, I think it’s kind of a crazy argument to say, “Well, he’s dead.”

Mark:  In any intestacy case, in any inheritance case,  in any probate case, where people are arguing who should be getting what, from this person who’s dead. All the evidence…

GT:  All the evidence is collected after the death.

Mark:  Yes, there’s always going to be a lot. This kind of goes to the idea, in these discussions, it’s very, very easy–I use the term polygamy skeptics, because it’s a neutral term. I don’t like to say polygamy denier, conspiracy theorists or that sort of thing, because I don’t like to be dismissive. Whereas I obviously disagree with these people about how reasonable this outcome is objectively, I do understand that there are some aspects of this, that your average person would find compelling. Your average person, if you went out there and showed them a lot of the arguments that Richard or Pamela Price or Denver Snuffer, or it’s in the Joseph Smith Nauvoo paper, that they would find compelling. I don’t blame people for thinking that Joseph Smith was a monogamist.  That said, I don’t think that objectively it holds up.