Polygamy skeptics claim that a religious group out of Maine introduced LDS apostles about spiritual wifery, and those apostles (not Joseph) introduced polygamy into the Church.  Is there good evidence for this? 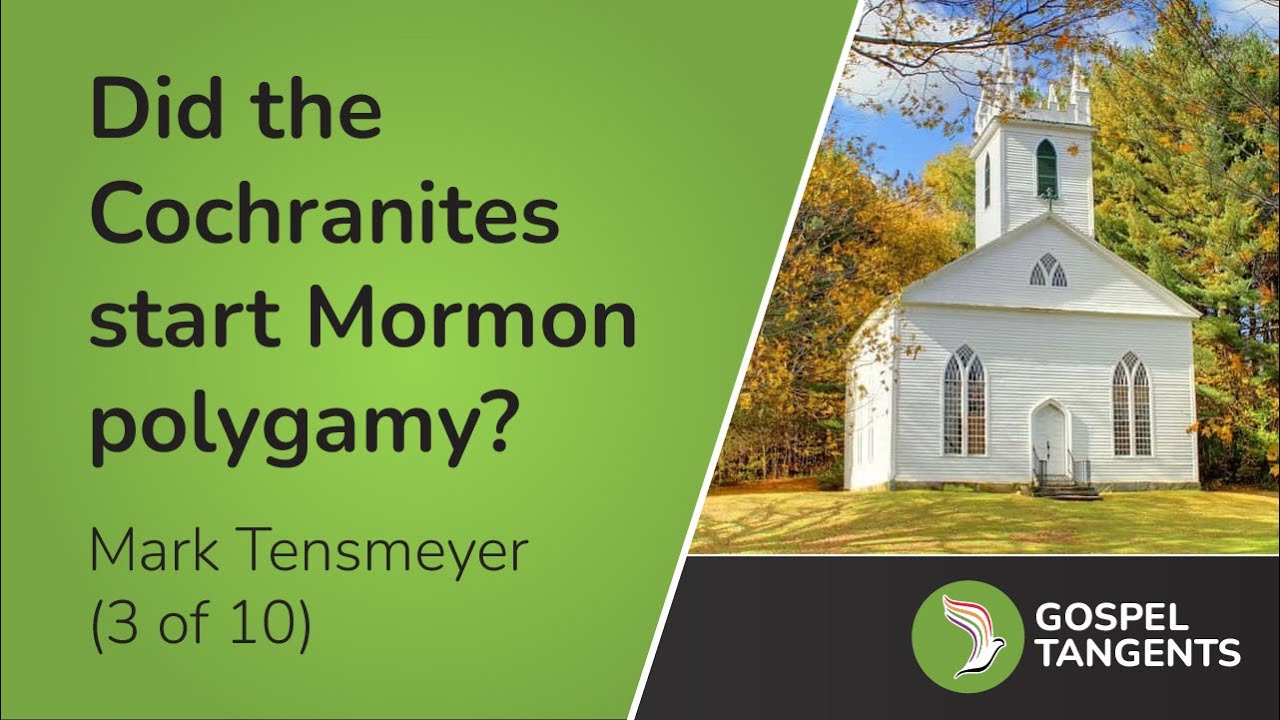 Mark:  So, what they is that they come up with this new narrative that the Quorum of the Twelve were rogue, pretty much from the beginning. So, around here is where, as far as I’ve been able to tell, and I’d be interested in seeing documentation and maybe someone can show talking otherwise, this is when they say, “Well, the Quorum of the Twelve, they’ve encountered and they’re influenced by the doctrine of the Cochranites during their missionary travels in the early to mid-1830s, in May. [This is] another group of people that practices spiritual wifery.

GT:  Yeah, the Cochranites, I’m glad we’re talking about that because that is a big issue.

Mark: He [Jacob Cochran] gets put on trial for lewdness in 1819, and Jacob Cochran goes to jail for four years. During that time, the movement kind of falls apart. A lot of these very charismatic movements, they fall apart when their leader is no longer available. Charismatic movements are started around one person.  It happens a lot.  People thought that was going to happen to Mormonism, and it didn’t.

Mark:  But, for a lot of these, especially smaller groups, then that that’s what happened, and it did. So, what happened is, is that there’s a couple of groups that still have congregations up, through the 18–, I don’t know for the next few decades. Jacob Cochran gets out of prison, and he doesn’t really lead a church anymore, even the church that still kind of believes his doctrine. He has a group that he wants to go settle in New York, and they go. I haven’t really heard what really happened with that. So that’s pretty much it.

GT: The Cochranites only lasted for a decade? Is that what you’re saying?

Mark:  Their heyday is only about three years long. And then they’re around…

Mark:  I think they are around. There are remnant groups that are around into the 1840s in the area, but nowhere near to the same size. It is interesting. One of the things that the two elders say a lot is that the area is just totally turned off to gifts of the Spirit type things or any of those things that Mormonism [supports], like revelation.

Mark:  I mean, you can look at circumstantial evidence and connections in a lot of other places, too. Another one that Richard and Pamela Price may have said was that there’s Augusta Cobb, who’s Brigham Young’s second plural wife. She gets baptized by Samuel and Orson in that mission in Boston before they go to Saco. But it’s a day or two after that they baptize her that there’s that incident in Boston, where there was those Cochranite people expressing Cochranite doctrine in a meeting that they had. So, they say, “Well, that means that she was a person that was well acquainted with Cochranism.”  I really don’t see that really being a connection. Again, Agnes Coolbrith is also in that same group that gets baptized. She’s actually from that area. She actually becomes a plural wife to Joseph Smith. So, if you’re going to argue circumstantial evidence and exposure leads to this and that, then I think that’s a much stronger connection than anything.

Mark:  Yeah, to Joseph.  So, when it comes to the Cochranites, that’s something I don’t particularly find compelling. There’s another thing they say is, “Well, the apostles did foot washing in England. You even have William Clayton, who has never been there so they must have picked up that and footwashing from the Cochranites, which they did.  Foot washing is a very common Christian practice.