Table of Contents: RLDS positions on Joseph’s Polygamy (Part 2 of 10) 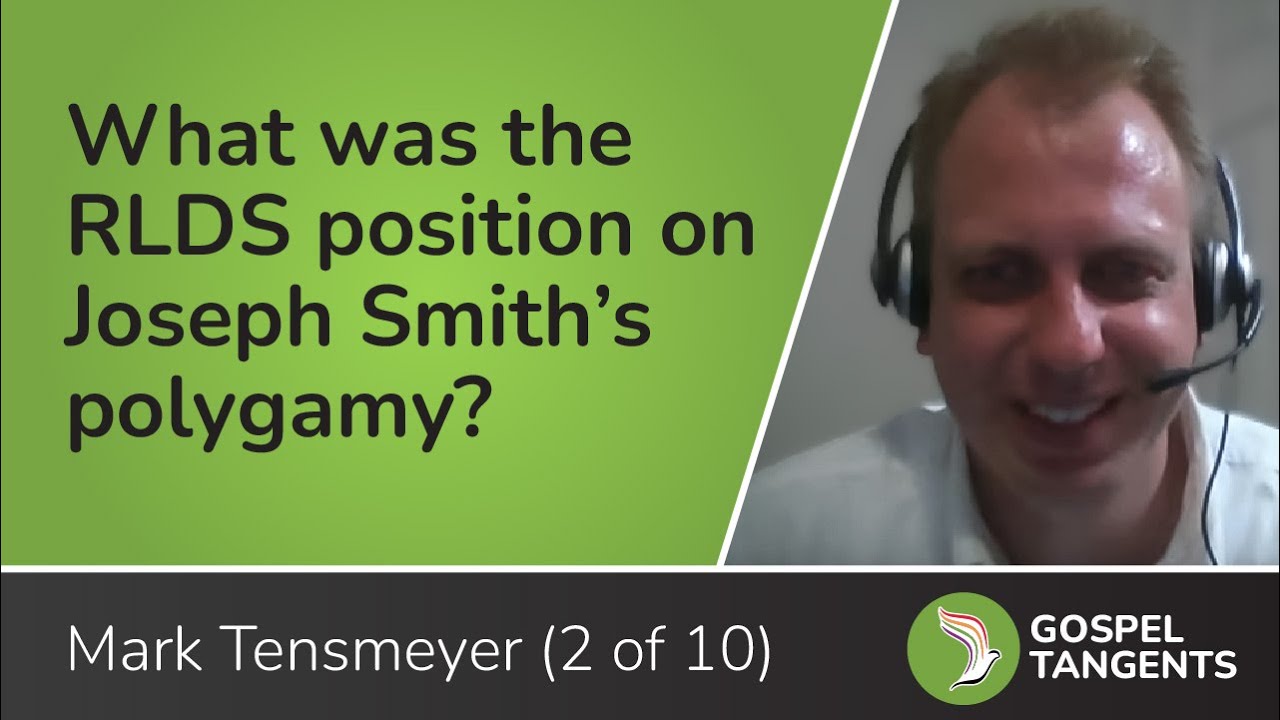 Mark:  So, the argument they have, there’s a book that was written in 1900 that’s the most comprehensive book on the RLDS part of a narrative. It’s written by a man by the name of Willard Smith, who’s not a relation to the Smith family. But it’s the most comprehensive thing that I think [is out there] and what he argues is, and I think this is reflective of the other things. He put it together, where a lot of those arguments are that Brigham Young starts polygamy. He and Heber C. Kimball and others marry these women at the Nauvoo Temple, and then they seal these women to Joseph for eternity, to themselves for time. Then, later, to legitimize polygamy, they influence these women, or maybe these women want to do it just because they want to support it anyway, to say that they were married to Joseph while he was alive. So that’s the argument they use. As time goes on, and more contemporary evidence comes to light. There are things like the Expositor.  Joseph Smith, III hardly ever mentioned the Expositor, and I don’t think he really even knows the content of it.

GT:  He was just a young boy then, right?

He said, “Well, I saw a portion of it. I saw an excerpt a long time ago, but I hadn’t actually seen it again until now.”

I got a bunch of transcripts of his letters at Community of Christ Archives. He had heard about William Law’s statements to the Salt Lake Tribune that were done in the 1880s.  He said he didn’t think that William Law really had known anything or had said anything before that. So, as time goes on, there’s the Apostle Paul Hansen from the RLDS Church in the 1920s who really looked out for a lot of documents. He found a bunch.  He found a lot of really great stuff that didn’t come from Brighamites, about Joseph Smith and polygamy. A lot of it was contemporary.  I love reading his letters.  He said, “I’m not really I’m ready to say that Joseph Smith was a polygamist, but there’s a lot of evidence here that I really don’t know how to explain.”

GT:  So he was the B.H. Roberts of the RLDS Church.

Mark:  He was private about all of his stuff. We have it in here. He said, “We don’t need to go shout this from the rooftops,” is one of the things he said.  “But if anybody asks us about it, we shouldn’t be afraid of our own minds. We shouldn’t be afraid to embrace the truth, if that’s what the truth is.”  Joseph Smith, III’s son–and there’s Frederick M. Smith is the president of the RLDS church, then it is Israel A. Smith, who is president. I don’t know when the years are.  He was president for part at least part of the 1950s. He really, really tries. He has a spiritual experience. He really drives home that Joseph Smith was not oblivious that his grandfather was not… But, he tries to adjust the narrative. He admits that there was a revelation on marriage that was probably about sealing.

Mark:  He does, but he thinks that this was something that was altered…

Mark:  By Brigham Young to be what we know as section 132. So, he says that, and then it’s in the 1980s, when this really comes to a head. Here’s the president of the [RLDS] Church at the time, Wallace B. Smith asked the official church historian, Richard Howard, to write a paper that really gets to the bottom of this.  He does, and he does even a brilliant genius thing, where he writes a paper on Joseph Smith’s polygamy and he only uses publicly available sources like the Expositor, like the article in the Nauvoo Neighbor that details Joseph and Hyrum’s reactions to the Expositor. Then, he uses evidence that he collected from a lot of different places; evidence that came from people that were not Brighamites, so, people like Sidney Rigdon, people like William Marks. He makes the case from that, that Joseph Smith was a polygamist. He puts all these arguments in there and in the end of the paper, comes up with the conclusion that, “Well, we at least know Joseph did sealings for eternity. He may or may not have done polygamy, so, kind of reflecting the RLDS position.”

A lot of his contemporaries were like, “Well, the body of your paper was great.  The conclusion just is off. A lot of people suspected that maybe that was like an editorial mandate, because this was originally supposed to be published more in the official channels in the RLDS Church, and finally, they said, “Well just publish it in the John Whitmer Journal.”

Mark:  Yeah, and so a lot of people suspected it was an editorial mandate. Newell Bringhurst wrote an article about that, that was part of the Persistence of Polygamy series.[1] He interviewed Richard Howard. Howard is still alive and still working.

Mark:  He confirmed that that was true, that he had some editorial oversight from committees. So, it was a compromise. He has since gone on record, on a lot of other things about Joseph Smith being a polygamist. That, really [solidified things.] When I read Paul Hansen’s letters, and I read that that says that it completely destroys the myth that polygamy wasn’t happening when Joseph Smith was alive. I mean, Joseph Smith, III asked his mother, in that last year, “Was there anything like polygamy revelation?”

She says, “No, I didn’t hear anything of that nature.”

Mark:  Joseph and Hyrum, give a partial admission to it in the Nauvoo Neighbor, the article published there. So, she’s not forthcoming there about that.