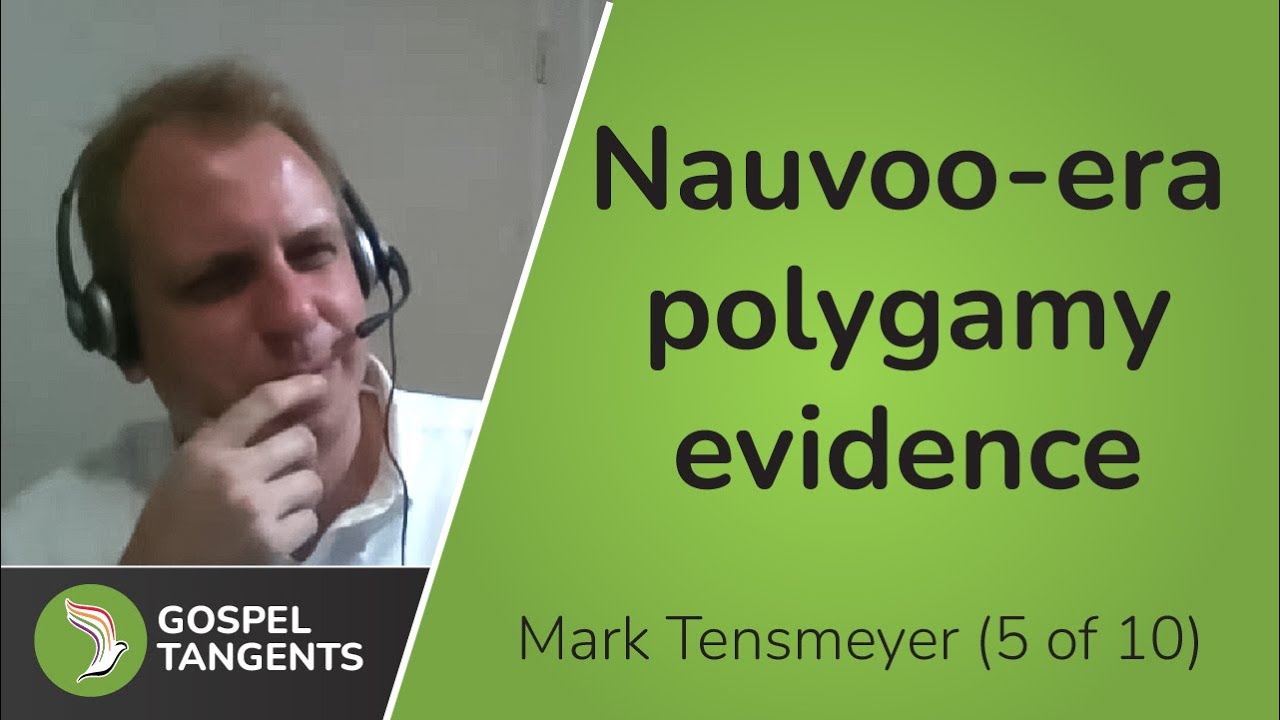 Mark:  There is the deal where in January 1844, Joseph and William Law are holding a city council meeting, and William Law is questioning a witness. He asked him, “Well, what did we talk about? What did you and I talk about on that day?”

Mark: “We talked about the doctrine of plurality of wives, the rumors about it. It’s really messing up families. It’s causing a lot of pain to a lot of people.” And William Law says there on the record, “…and don’t you think there’s some truth to those things because Joseph and Hyrum blew up the matter before the High Council, and the Elders quorum?”

Mark:  And so Joseph responds by saying, “A man who promises to keep a secret and doesn’t, cannot be trusted in anything.”

Mark:  That William broke a secret. Yes, he did. So, what secret did he break? So, it kind of inadvertently [discussed polygamy.] It’s after that, that things really start to fall out between Joseph and the Laws. William Law starts the Reformed Church, and a number of people join.

Then, of course, William Law, his attack on there, it’s really two-pronged. The one thing he does is he files criminal charges against Joseph in Carthage for unlawful cohabitation with Mariah Lawrence and others. That goes before a grand jury. A grand jury indicts. People in that grand jury include active elements, including people from the Mormons. It includes Daniel H Wells. It includes William Marks. He’s there as part of it. It includes Willard Griffith.

GT:  The grand jury includes all these people?

Mark:  It includes Mormons, and they say that there was probable cause. They indict him. So, they say that there is probable cause that these charges against Joseph Smith are true. They bound him over for trial in October 1844. Now, of course, that trial never happens. We know why. Because Joseph died before that, but had Joseph not been killed in June 1844, then there would have been a full-on trial about polygamy. So that trial that Joseph was put on trial almost happened.

Mark:  Yeah. Of course, the other thing they do is they publish The Expositor. The Expositor says a few things about polygamy. It says things like, they’re taking these women and it exaggerates some things. “They are leading them out into the wilderness, if they say no, and all kinds of things.” But what it also has is it has three affidavits by Austin Coles, William Law and Jane Law. William Law says, “Hyrum gave us revelation. It allowed for people taking plural wives.” Jane Law says it did and it said he can take up to 10. Doctrine and Covenants section 113 doesn’t say you can take up 10, but it does mention ‘if a man takes 10 wives and they are virgins…’ it says that one point.

Then Austin Coles has an affidavit in there. His is detailed. He said, “Late last summer, Hyrum Smith read a revelation to the High Council. The first part said that if a person was sealed up to eternal life, and they could not lose their exaltation unless they commit murder.” Then, it talks about how Abraham and Jacob, their doctrine in taking plural wives. It says that it allowed for a man to take plural wives. So, he gives a description that’s actually really good summary of Doctrine & Covenants Section 132 as we know it. It’s brief, but a pretty comprehensive summary there.

We talk about other evidence in Nauvoo as well. Check out our conversation….