Skip to content
PrevPrevious EpisodeMaking Diamonds out of Coal! (Part 7 of 8)
Next ExpisodeFounding the House of Aaron (Part 1 of 5)Next

Joseph Smith’s revelations outline the size of each priesthood quorum. Did you know the Kirtland Temple had assigned seats for each person in these quorums? In our conclusion with David Hall, chairman of Hall Labs, he tells us what Joseph envisioned with church organization. 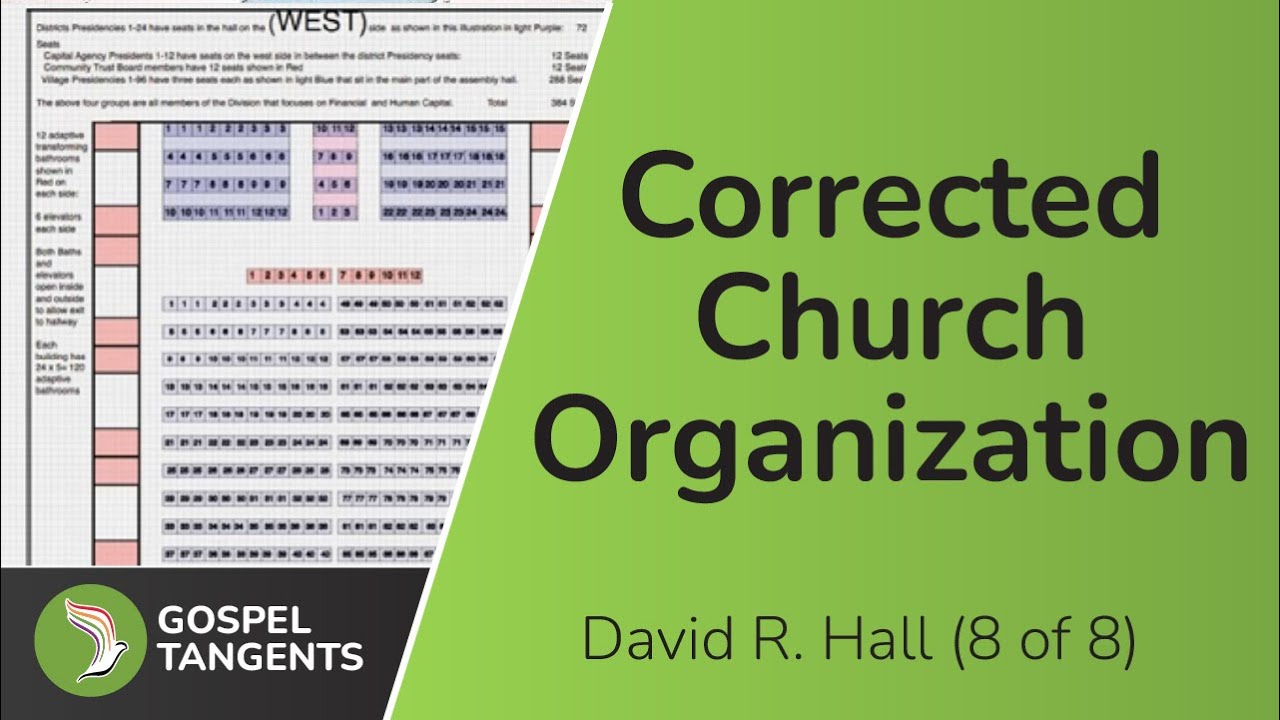 David:  What happened is, most historians and most people, logically, think that the later plats that were done by Joseph Smith, were more to what he was really wanting. That’s the story line. I’ve studied all of them and there were several and Joseph Smith did seem to prefer his last one. He carried it around in his back pocket and everything, the Far West one.  It only had one temple, so it’s also much simpler. Plus, he was selling the lots.  So, it’s also useful for him to [look at it and say to himself,] “Okay, I’ve sold this one to Harvey.” So, he was using it to record his town sales.

GT:  And you like the original one better than the later ones?

David:  The later ones don’t triangulate, whatsoever. They don’t work with the organizational structure. You lose [detail.]  You don’t have 96 villages anymore for the 96 Elders, because they added lots or subtracted lots. You don’t have the 24 temples. So, each president doesn’t have a temple. So, you don’t get that factor. There are exactly 1920 offices in the 20 buildings. There’s exactly four times 480 = 1920, exactly! [It’s] not one off, not two off, and they’re exactly the same size. They’re completely parallel to where they sit in the assembly hall. So, it’s reinforcing over and over and over to anybody who’s walking around the community, what the organizational structure is.  You can’t escape it. There’s no way to escape it. So, yeah, but it’s totally different than we do. [There is] no hierarchy whatsoever. There’s not one stake president. There’s 24. There’s not one over the other.

David:  They all have specific duties, and that’s in line with the scripture that says, learn your duty, stay out of this territory. And magnify your calling in that, but just that. Stay out of this one. This guy’s in charge the bank, not you. They’re all unpaid. It took me a long time to figure out that, but, it follows Benjamin’s approach. Nobody paid in the whole community. All volunteer jobs, but it rotates. There’s a board of trustees, the High Council.  There are four groups of 12. They, together, choose all of the presidents, which are four times 24. That’s a lot, it’s 1920. Then, all of the captains, which is twice as many as 1920, two times 1920. They have their offices right in the village apartment buildings right at the entrance and there’s exactly four of them. So, everybody knows where to go for their captain. The four captains together are the presidency of the branch, which is that 100 People.  Ten branches make a village.  Four villages make a district. Just 24 districts make a community. It’s spot on, exact to the number.  There’s no way of–you can’t screw your way around it. But it’s also really exciting.

Sign up for our free newsletter at https://GospelTangents.com/newsletter to hear the final part of our conversation….

PrevPrevious EpisodeMaking Diamonds out of Coal! (Part 7 of 8)
Next ExpisodeFounding the House of Aaron (Part 1 of 5)Next