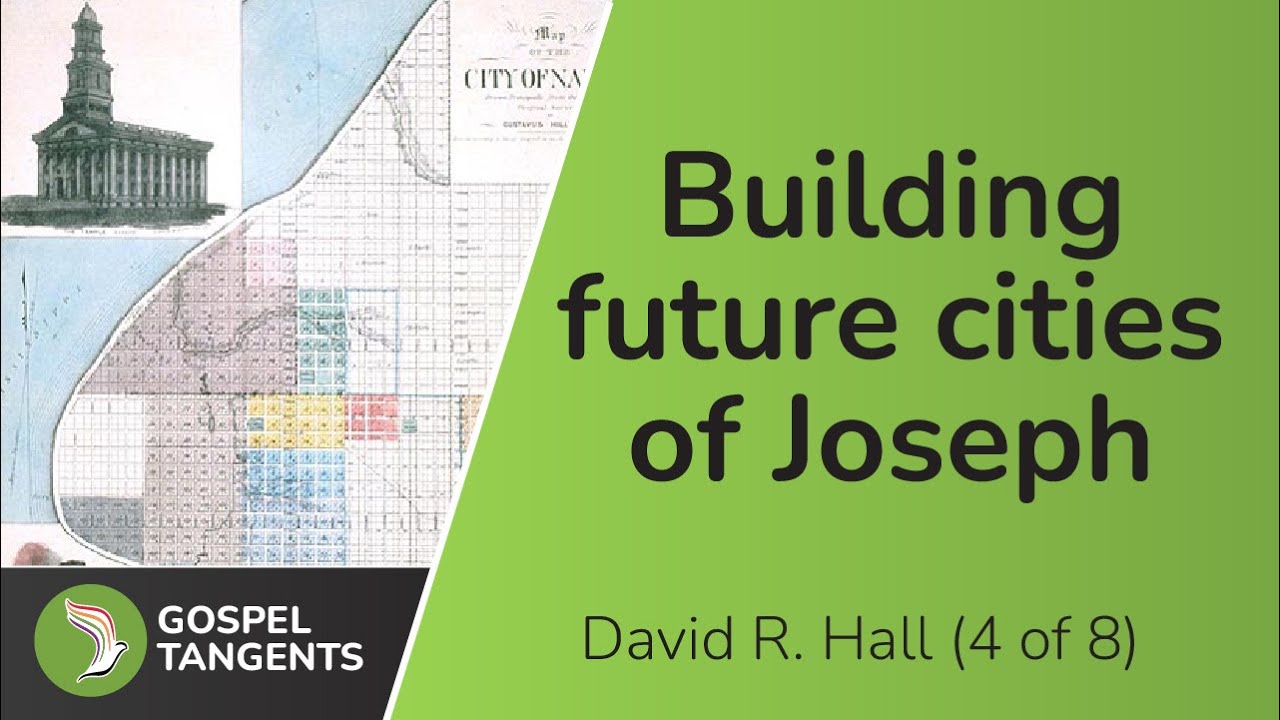 David:  Well, you’ve got to think of, the plat gives you the challenge. It has to be for all men. Now, this is in the future, right? So, if you take the world projections on population, most statisticians estimate that we’ll end up at about 15 billion people and taper off. That’s double where we’re at now. So, if you have to provide an excellent economy and a Zion-like society, to 15 billion people, you cannot have single family homes. It doesn’t scale. There’s no way to do it. There are not enough raw materials. There’s not enough cars and not enough roads.  There’s not enough area. You know, we’ll totally wreck the world for sure, if we all stick to our existing single family home concept. It doesn’t scale. Sorry, it doesn’t do it.

David:  So, what’s interesting is the 1833 plat is green, totally green, because it says it has to supply itself, and it has to be for all men. You can’t just have your green 40,000 square foot house with solar on it and claim you’re green. No, you have to have developed something that all men can have. So, that’s the challenge. If you take the economies of the world, add up all the GDP for the whole thing, divided by the 7 billion people, that gives you a certain amount that you have, that you’ve got to do everything with. That’s what we do. So, you won’t see us do anything that is supporting single family homes or the big cars or anything like that. You won’t see us working on those things, because everything we try and do, we want to be able to scale to everybody. And 150 square feet is what we’ve figured out. People like to have more space than that, really, so, you’ve got to figure out how to make it adapt to eight rooms. As you’re just moving around, you don’t even have to move, right? To be a kitchen, a bathroom, a bedroom, a dining room, a study, an exercise room, all those things in one.

David:  There’s a big hint in the plat, and, actually, in the building plan. There’s 14 feet between floors, and that’s a lot taller. You have to start. We started way back. We split it into two floors, and then you had to kind of [duck.] People needed to go back to being five foot tall. So that didn’t work, that fell apart. So, now what we’ve figured out is you have a good “basement” underneath you, so that there can be lots of appliances and things that come up from the floor in the sub[-floor]. Then you have a big area above you, four feet or more, where you can store the beds, the tables, the bicycles, the exercise equipment, your shower, things like that, so that things can transform. That’s why we spun off this company for Smarter Homes that does all these things.

What do you think of these plans?  Check out our conversation….