David Hall’s father Tracy was the man who invented synthetic diamonds.  We’ll learn more about David and his father Tracy, founder of Hall Labs, and how David got interested in building Joseph Smith’s visionary city. 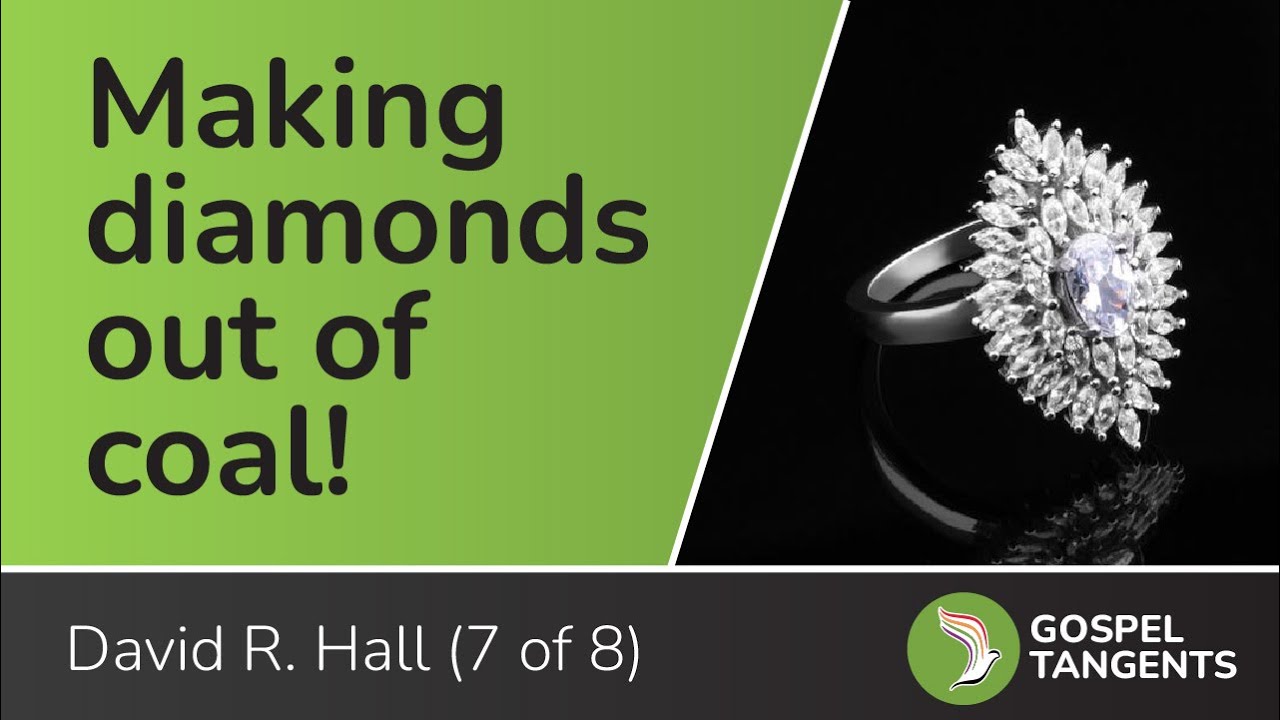 GT:  Well, I’d also like to hit a little bit about both you and your dad, because your dad is the one who started the company.

GT:  It’s called Hall Labs. Tell us tell us what your dad started doing, and then how you got into it.

David:  Well, my dad invented how to make diamonds from carbon. That’s a pretty big deal. He left GE where he did it and accepted a job as Director of Research for BYU. They couldn’t pay him squat. They couldn’t.

GT:  Why would he take that job when he’s making diamonds?

David:  Well, it was the company. They allowed him to set up shop separately to make a living, because they couldn’t pay him. He was making back in 1954, $25K at GE, and BYU offered him $7K.

David:  Yeah, you can imagine the discussions between my mom and my dad. This is not going to work. They had six children at the time. So, the large family, growing family, money just going in and out the door.  There’s no way he could have lived on it. So, they allowed him to have this side gig. He started building presses. He reinvented how to make diamonds in different ways. He invented a new kind of diamond called polycrystalline diamond. He invented a new kind of press called cubic press. That’s what is now worldwide.

GT:  This was for industrial use of diamonds, not just nice little rings.

David:  It was all industrial, but they’re making rings now.  The industry has matured to where a lot of your diamond rings are man-made. It’s big time now.