Table of Contents: 24 Temple Presidents in Kirtland? (Part 2 of 8)

Did you know Joseph’s original plans for Kirtland and Independence was to have 24 temples?  David R. Hall, chairman of Hall Labs will tell us more about these surprising plans Joseph had. 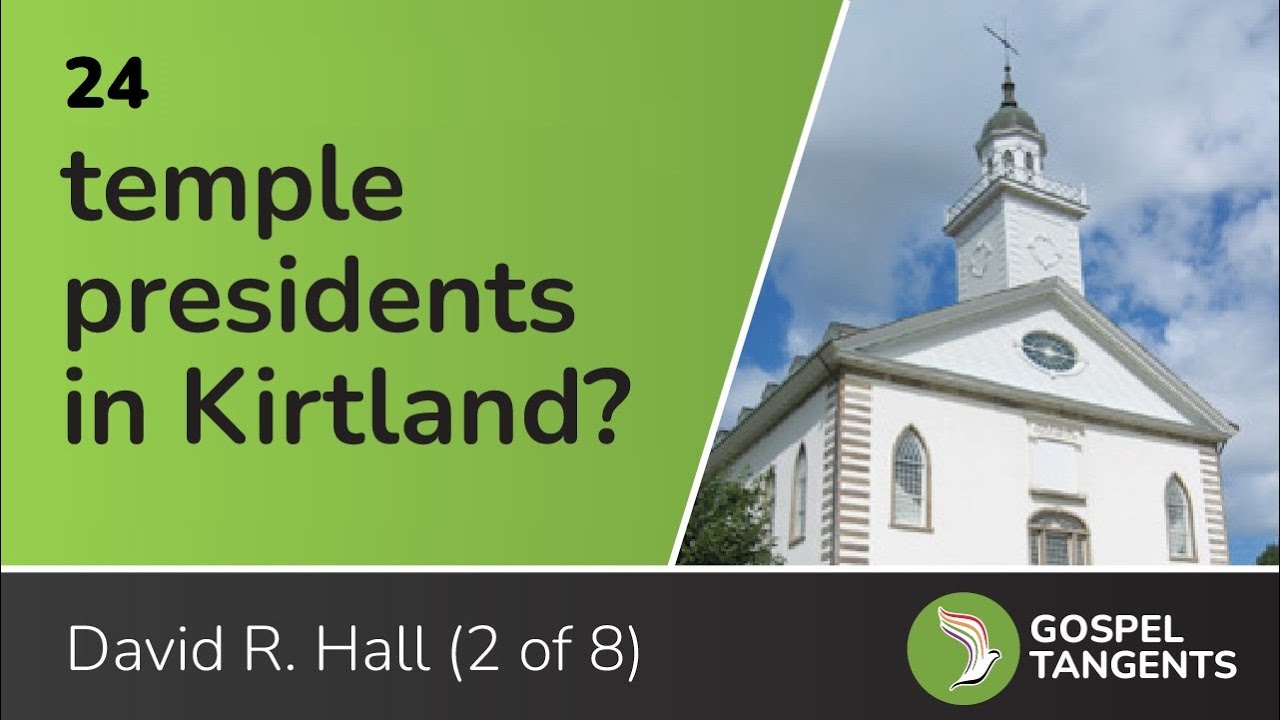 GT:  Now you say 24 presidents, I know some of them, but, I’m not sure of all of those.  We’ve got a deacons quorum presidency [in the early days of the Church.] So, it’s not a bunch of 12 year-olds [like we have right now.] These were these were seasoned men.

David: Yeah. If you study carefully the history of the Church, it was never meant to be centralized. That’s just in the modern age that we’ve taken that on. There were churches, and each church is a local, independent financially and politically, and large, 100,000 people totally independent. So, for instance, even in 94 and 95, and other sections that talks about setting up a church, in Independence, in Kirtland.  So, you have to have a local organization for that church that’s sustainable, and doesn’t have top down problems and doesn’t have conflicts. That’s why there’s 480 unique positions. The Lord was serious when he said, “Every man has to learn his duty and stand in the office.” All right, “And I’ll prepare a place for them in his [my] house.” They all have equal offices in the House of the Lord. They all have a chair in the assembly hall that is specific [to each quorum member.]

David:  And there’s 480 of them times four, because there’s four demographic groups: single men, single women, married men, married women. They are divisions, all equal. So, in 1833, we already had the answer. Not only do women get the priesthood, but single men and single women. So, right now we totally discriminate against single men. We don’t view [contributions.] They aren’t worth anything. Right?

GT:  We’ve got 19 more to go. What are some of those other 19 presidencies that we’re talking about?

David:  But, they’re in a row. So, the rows of buildings, exactly match the rows of chairs.

David:  And three presidents over the Aaronic priesthood. It’s not a bishop. That was an add-in.

David:  And three presidents or the Melchizedek priesthood. We never talked about those at the local level.

GT:  Okay, so, that kind of takes care of the 24 presidencies. Are you saying–well, we’re trying to get in the single women and the single men in there? How do they fit in those?

David:  You’re commanded to build two buildings, that’s four assembly halls, all the same, commanded to be exactly the same. How do you fill them? There are only four demographic groups that are equal: married man, married women, single men, single women are 25% of population each.

GT:  Okay. So I’m going to make sure I understand this. One of those floors would be for single women, and they would have Melchizedek priesthood presidents?

GT:  That are women.

David:  You can get it all from 94 and 95 and the plat in the plan. It’s clear as a bell. So, it predicted our predicament, way back before we went silly. It’s there for us. I mean, in 1833, [it was] predicting where we’re at demographically, a vision of the future and where we need to go organizationally, and it’s not central. It’s a whole bunch of independent local systems that are big enough to matter. Our existing stakes are not big enough to matter. But, 100,000 active people filling 1920 positions, and 38 and 40 captains.  I haven’t even talked about the captains, but there’s captains of Tens. So there’s more than 6000 lay ministers running this thing, out of 100,000 people.

GT:51  So, the idea was in both Independence and Kirtland, Joseph was going to have 100,000 people in each city.

What do you think about David’s ideas?  Check out our conversation….