Founding the House of Aaron (Part 1 of 5)

Table of Contents: Founding the House of Aaron (Part 1 of 5)

I’m excited to introduce you to the House of Aaron, located on the Utah-Nevada border that practices the Law of Consecration, and celebrates many Jewish holidays.  You could call them Messianic Christians.  We’ll learn more about this group with Dr. John Conrad. 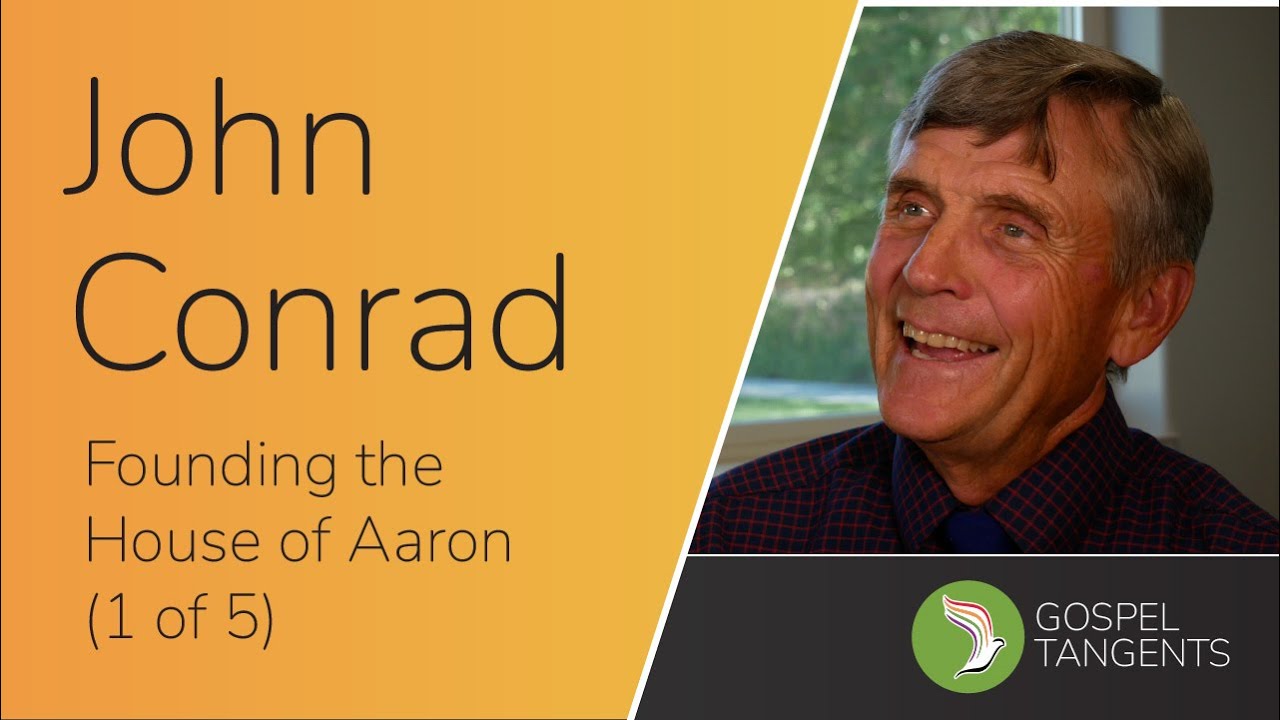 John:  My name is John Conrad, and you are at the community of Eskdale in western Utah. This is a community that was founded by the House of Aaron, and it’s been here since 1955.

John:  I am the head of the organization, the House of Aaron, you could say, and my father was before me, then Bishop Glendenning before him. We’re a Christian or messianic organization. I don’t know that you could say we’re really related to other groups. We’re very, you could say nondenominational or interdenominational. In other words, we will fellowship with anyone who will have us.

GT:  Oh, wow. Well, I know when I came in, I had to stop.  There was a picture that said, “Welcome to Eskdale.” And there was like a candelabra, right?

John:  Yes. A menorah. Yeah, either one.

GT:  So, I think would you would you call yourself Messianic Christians. Is that a good way to say it?

John:  I think it is a good way to say it because we do a lot of things that you would associate with Judaism.

John:  Maurice Glendenning, was raised in the Midwest, Kansas, that area.  That’s where he met his wife, Helen. He received angelic revelations. Well, he heard them most of his life. In fact, when he was a young boy, when he’d go to the woods, he would hear singing. He would go get his father and listen.  His dad would say, “I don’t hear anything, you’re nuts.” In fact, he told him once it was a bear’s nest. Over time, as he listened to this choir, one voice stood out above the others. Eventually, this voice spoke to him, and he wrote these messages down. When he showed them to his pastor, he was horrified and said they were of Satan. So, he quit writing them for a while, and then he started writing them again in 1923.

GT:  Now, was he with the Temple Lot or the Community of Christ or anything?

John:  No, he was not with any of the Restoration branches. What he did, his wife developed asthma, and their doctor told him thing to do–in fact, they were both practicing chiropractors. They got in a car started driving west until she could breathe.  They got to Colorado Springs, and she was breathing better. So, they stayed there for a while, but she was still having–it was the depression. Or, it was actually before the depression. They had gone from having a thriving, the two of them, chiropractic medicine business to destitute. They went to Colorado.  That wasn’t working out any better. Then, they were going to go back to Kansas. But they got on the road and he, and I think it was his brother-in-law, somebody who was with him, they took the wrong road and ended up in Salt Lake City.

John:  In Salt Lake City, when he came around the Mormons, a lot of words that had been in his revelations, Levi, Aaron, Israel, Ephraim, Mormons were acquainted with [those words.]

John:  They were the first people that didn’t want to throw him over the river, when he mentioned those words. So, he actually, they moved to Salt Lake. I’m going off the cuff here. I don’t trust my chronology, perfectly, but I think they moved to Salt Lake around 1929, maybe 1928-29.  It was just right about the time the worst of the Depression hit. Anyway, they joined the Mormon Church and developed some good friendships. But the writings which had served to connect them to the Mormons were a real blessing to some Mormons and other Mormons, not so much. So, he was probably not officially a Mormon for more than a year.