Skip to content
PrevPrevious Episode24 Temple Presidents in Kirtland? (Part 2 of 8)
Next ExpisodeBuilding Future Cities of Joseph (Part 4 of 8)Next

A lot of people think Joseph used King James English in the Book of Mormon. However, David Hall, Chairman of Hall Labs says that Joseph used William Tyndale’s 1530 English.  He tells us why we need to look at Tyndale’s definitions in order to better understand Joseph’s revelations. 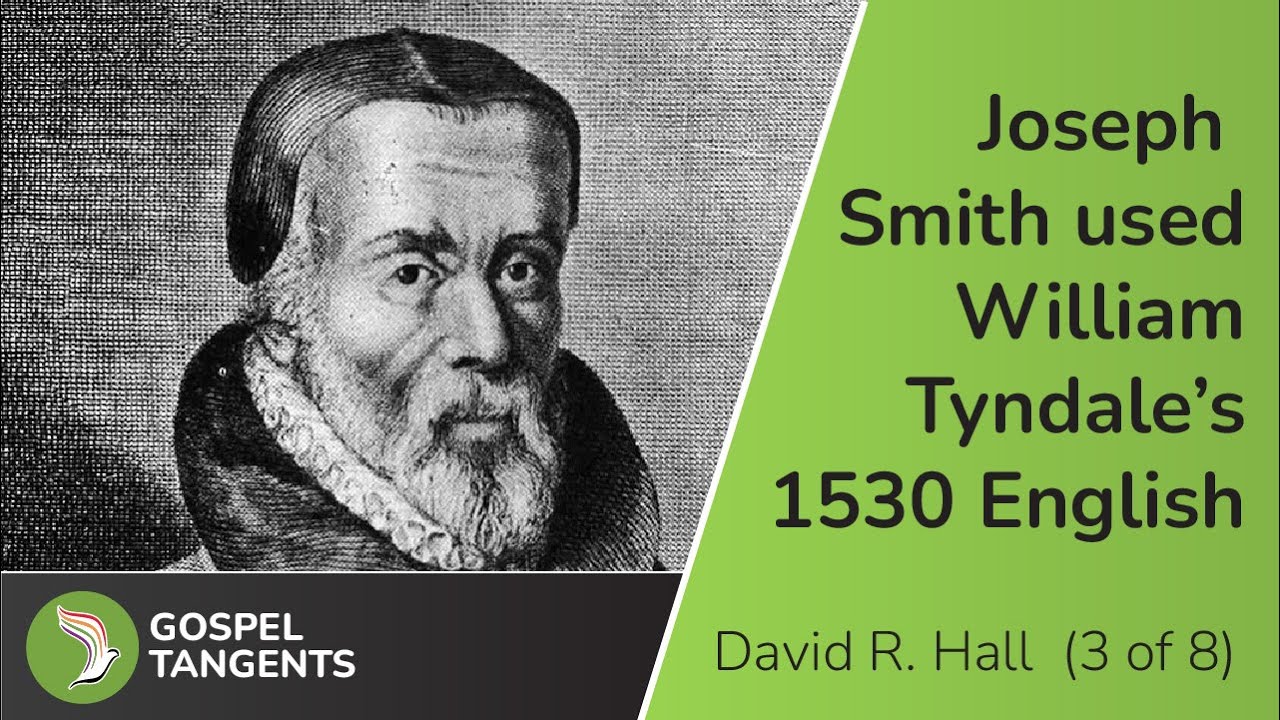 David:  No. He used Tyndale English.

GT: Okay, so that’s why Joseph was using 1530 English for the Book of Mormon?

David:  The Lord, we’ve learned, gave it to him, right? It wasn’t a translation. Come on, that word should have never been used. That really screws us up when we think he’s translating.

GT:  So, you’re saying that we should not consider the Book of Mormon a translation. It should be a revelation?

David: That’s what it’s described as, right? I mean, everybody who saw it firsthand said, “It’s done by the gift and power of God,: number one. It was given to him. He saw it. He wasn’t going to the plates and trying to translate.  The plates were off, and that’s true. I mean, he tried and tried and tried with the papyri for the Book of Abraham and stuff like that.  If you go into his minutes, and everything, he was trying. He was going and trying to learn.  He failed miserably. Finally, when he gave up on all that and just received it as a revelation, that’s why we have the books. We are nuts to try and put it to those documents. That’s silly. You just going to leave the Church, if you go that way. Because it doesn’t fall together. Joseph Smith was not a translator. He was a seer, and that’s it.

GT: I know a lot of critics are going to say, then what was the point of having the plates there in the first place, if it was just revelation?

David: Joseph Smith never was able to do anything without a prop. I think that’s true for most seers. You need something. Come on. He’s a mystic, right? He and his associates were using divining rods and seer stones, and he needed that to get up to faith.

GT:  So, he needed the papyrus for the Book of Abraham in order to receive revelation. Why didn’t he do that with Genesis and the Joseph Smith Translation [of the Bible]?

David:  Well, if you look at his process of going through that, he really studied that out, but he’s still messed up a lot. He used some of the Bible scholar things from at the time for a lot of what…

David:  Yes, and stuff like that. So, he was just trying to figure it out, because he was commanded to.  But we’d better be really careful about saying it was all revelation. I mean, because that’ll get you in trouble.

GT:  Are you going to be in trouble?

Why do you think Tyndale English was used?  Check out our conversation….

PrevPrevious Episode24 Temple Presidents in Kirtland? (Part 2 of 8)
Next ExpisodeBuilding Future Cities of Joseph (Part 4 of 8)Next