Skip to content
PrevPrevious EpisodeRichie T’s 3 Questions (Part 6 of 6)
Next Expisode24 Temple Presidents in Kirtland? (Part 2 of 8)Next 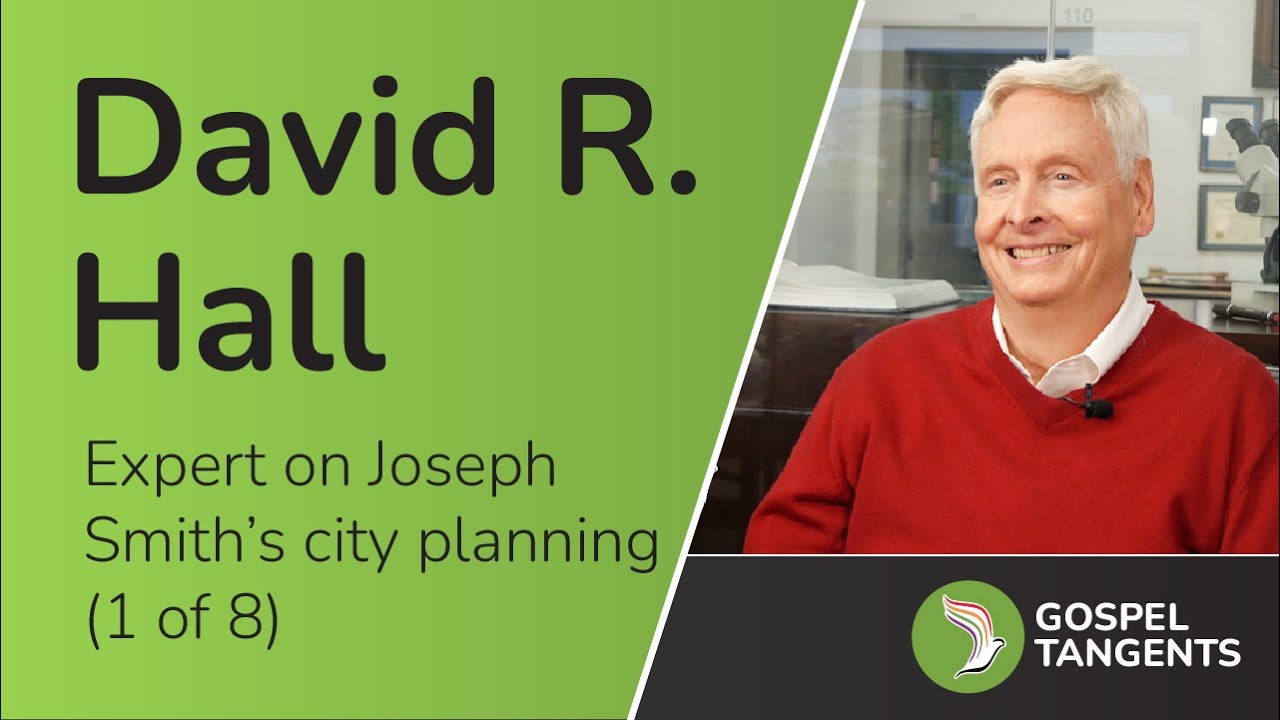 David: My name is David Hall. I’m the son of Tracy Hall, who was a very famous scientist. He started what I’m now running, Hall Labs, clear back in 1954. Hall Labs is really a multi-functional lab with scientists in all the disciplines. We spin off companies, really many times, even before they’re profitable, in order to have money to go on to the next fun job. So, we’re turning the money constantly, all the time. What our Apollo project is, what excites us to get up in the morning and solve another problem actually comes from what is known in the LDS culture as the plat of Zion. We’ve renamed it with our own name called New Vista. But there are so many problems to get a New Vista running, that we never run out of issues. So, we work on them one at a time, but we’ll never get them all figured out. They’ll always be there.

GT:  I just want you guys to know–I’m sure you’ve never heard of David Hall before. I hadn’t heard until he reached out a couple of months ago. But I’m telling you, this is like Elon Musk and Bill Gates combined, and he’s LDS. So, that’s even better.

David: Yeah, and I don’t have nearly the money, that’s for sure. We probably have as many projects.

GT:  But, the amazing number of things that you’re working on is just mind blowing. I seriously feel like we just did a tour of the future. Because, I really am amazed. I don’t think it’s an understatement to call you a visionary. Holy cow!

David:  Right, so [they go] kind of together.

GT:  The reason why I wanted to talk to you here on my podcast was, I love Independence and the city of Zion. Recently, there have been some high-resolution maps of what the original plot that Joseph Smith had in mind for Independence. It’s been amazing to me, as you said, you’ve taken this idea that Joseph Smith had, and you’re trying to solve these problems, and it’s created all these amazing new companies. First of all, can you tell us a little bit about Joseph Smith’s plans for Independence, and kind of how that’s inspiring you?

David:  Well, the plans actually came when they were at Kirtland. So, they were for Kirtland first, and then secondarily, Missouri. That’s where we have forgotten what the real history was. What was happening in Kirtland in 1832 and 33 is they were getting enough people that people were starting to say, “Well, let’s build a schoolhouse or let’s build a church, or let’s do something.”  Of course, the plan to build a community in Independence had already been thought of and talked about, but really, the core people were in Kirtland still when it came to that. So, Joseph Smith had probably been working on a plan since the early 1830s, after he finished the Book of Mormon, or he probably had some of the ideas when he was doing the Book of Mormon. But, when he starts to get into his studies about Enoch, he runs into the city that disappears.

David:  So, you’ve got all of these thoughts about a kind of ultimate city and community environment happening. Kirtland needs something. He already has the plat that we call the plat of Zion in front of it. If you read section 94 [in the Doctrine & Covenants] carefully, it tells him that the patterns have already been given to you, and you’ve got to follow it. So, in front of them, if you go into Joseph Smith Papers, you can search the 1833 plat and see the original. Imagine they already have that in front of them when they receive Sections 94 and 95. In fact, you can’t understand sections 94 and 95 unless you put it out in front of you, and really study it. Because there’s actually some unique numbers. There’s a building number five that has a big one by it, and a building number 17 that has a big two by it. Those were the two buildings that they were commanded to build. Now, they’re sitting there looking at 24 buildings.

GT:  Right. Now we’ve talked about that before on the podcast about there were really only 24 temples planned, and maybe temples isn’t the best word.

David:  Temple was–that name was not used. That came into existence later. They were called houses of the Lord. The real correct name for that is community center. So, there were supposed to be 24 community buildings. By the way, the actual size of the building was three or four times what they built in Kirtland. But they got a lot of it right. They’re looking at this plat wondering what to do, and how to build the buildings.

PrevPrevious EpisodeRichie T’s 3 Questions (Part 6 of 6)
Next Expisode24 Temple Presidents in Kirtland? (Part 2 of 8)Next