Brass Plates of Stonehenge (Part 1 of 7)

Table of Contents: Brass Plates of Stonehenge (Part 1 of 7)

I’m excited to introduce Matthew Gill. He’s a prophet in the UK for the Restored Branch of Jesus Christ. We’ll learn more about his scriptures.  He’s translated a record of ancient peoples in Britain! 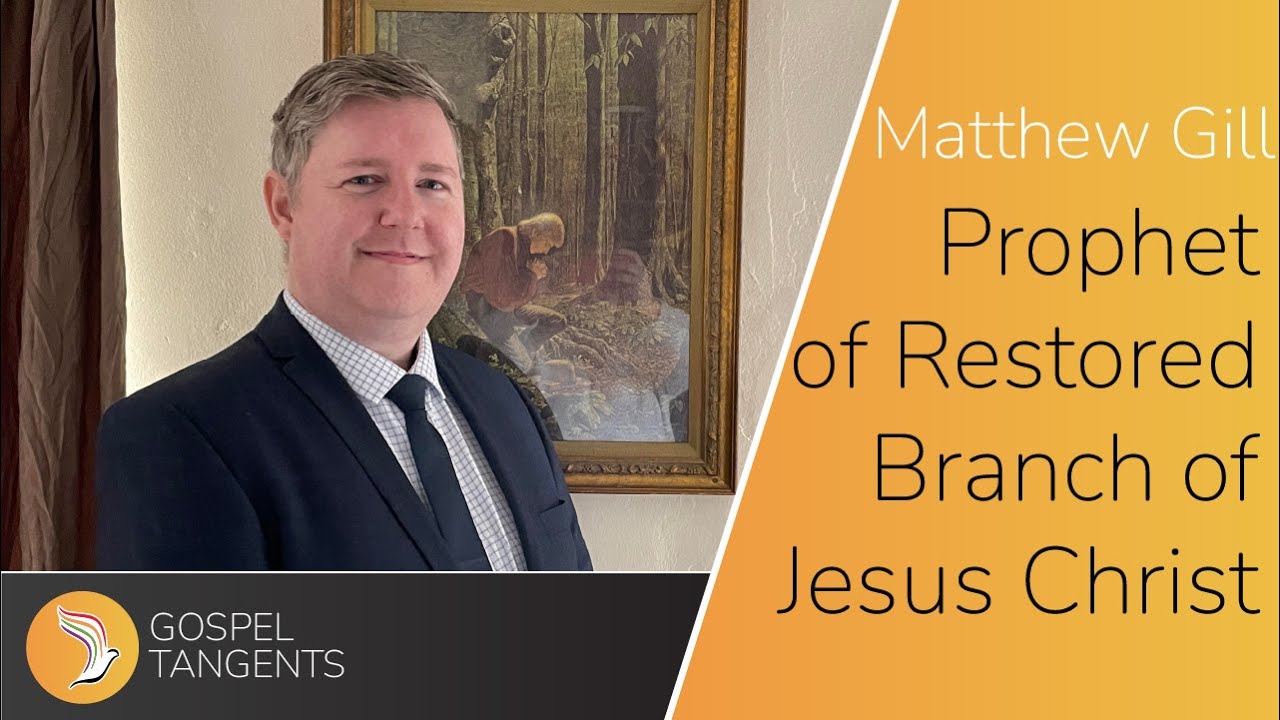 Matthew:  Sure. My name is Matthew Gill and I am the Prophet and first elder of the Restored Branch of Jesus Christ based in Derbyshire, England.

Matthew:  The official name of the organization is the Restored Branch of Jesus Christ.

Matthew:  I mean, if you want to go right back to the beginning, when I was in the LDS Church, I had a spiritual experience when I was about 12, in 1990, where I saw an angel. I saw Moroni, and the gold plates. My father and I went, and we told the bishop and we told the stake president, so we were told pretty much to keep it to ourselves. Don’t tell anybody. Don’t bandy it about. So, I grew up, just having that experience on my mind.

Matthew:  Then, obviously, with that experience in mind, you go through phases, and I went to my mission, and I came home. I didn’t really think much about the visitation when I was 12, other than the fact that he told me that one day I would have some work to do and that I was to prepare for that by being spiritually prepared, read the scriptures, behave myself, don’t do anything silly.

GT:  Okay.  So, can you tell us more about these visions? Because I understand that, did you receive some gold plates or something? Or is that something different?

Matthew:  No, so, in 2005, I had an angelic visitation. In that visitation, I was told that there was going to come to me a record of the people, the former inhabitants of the British Isles.  There were certain things I needed to do in order to receive them.  That was the way it was. I’d had, and then I had visitations on and off. Then, in 2006, I had a dream where I went to Stonehenge, and I was called to Stonehenge. So, my father and I went down to Stonehenge with a friend of ours and we had this wonderful experience at Stonehenge.  We all had our own individual experiences, which culminated in the one big experience, which told us we were going to be given a record of these former inhabitants of the British Isles. And they will be with us in the coming weeks and months ahead.

Matthew:  Then, in I want to say, August, it was the August of 2006, my wife and I, we stopped over at my parents’ house, and we stayed the night. We were going to go home the next day on Saturday.  My wife was obviously up early with getting my son ready to go home.  I heard my dad calling me from downstairs, “Matthew, Matthew, come downstairs, something’s here.”

Matthew:  My first reaction was, “What’s all the ruckus about?” Let’s get down to find out, you know.  So, I went downstairs, and I saw my father holding a little wooden box.  I would probably say it’s about, that it was about the average size of a big Bible. So yay, big.  My dad took the box into his dining room, and my wife said to me, “I think you better go with him and have a look, see what this is all about.” So, I went into the dining room, and we said a prayer first. Then, started to unload the box. We unloaded the box, and there were two sets of records. There were 24 plates wrapped in leather, I suppose. There was another record, which was made of ten plates. Then, there was another little package in there, as well.

GT:  These were gold plates, apparently?

Matthew:  No, they were brass. 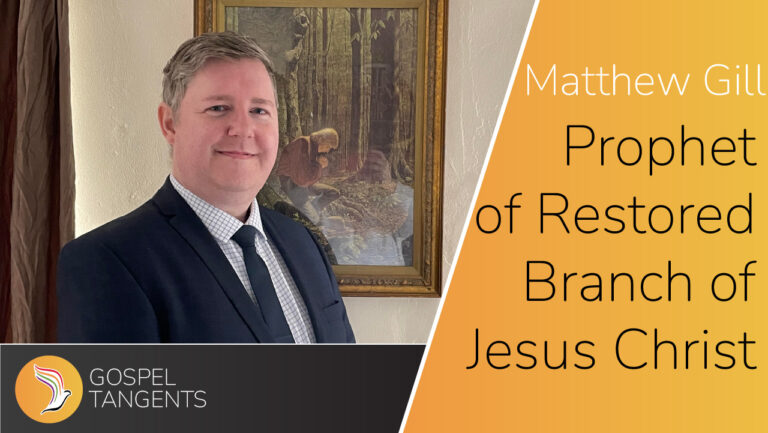