Matthew Gill is prophet of the Restored Branch of Jesus Christ, based in the UK.  We’ll learn about his growing up in the LDS Church, his visions, and translating plates of an ancient record of an ancient people in the British Isles. 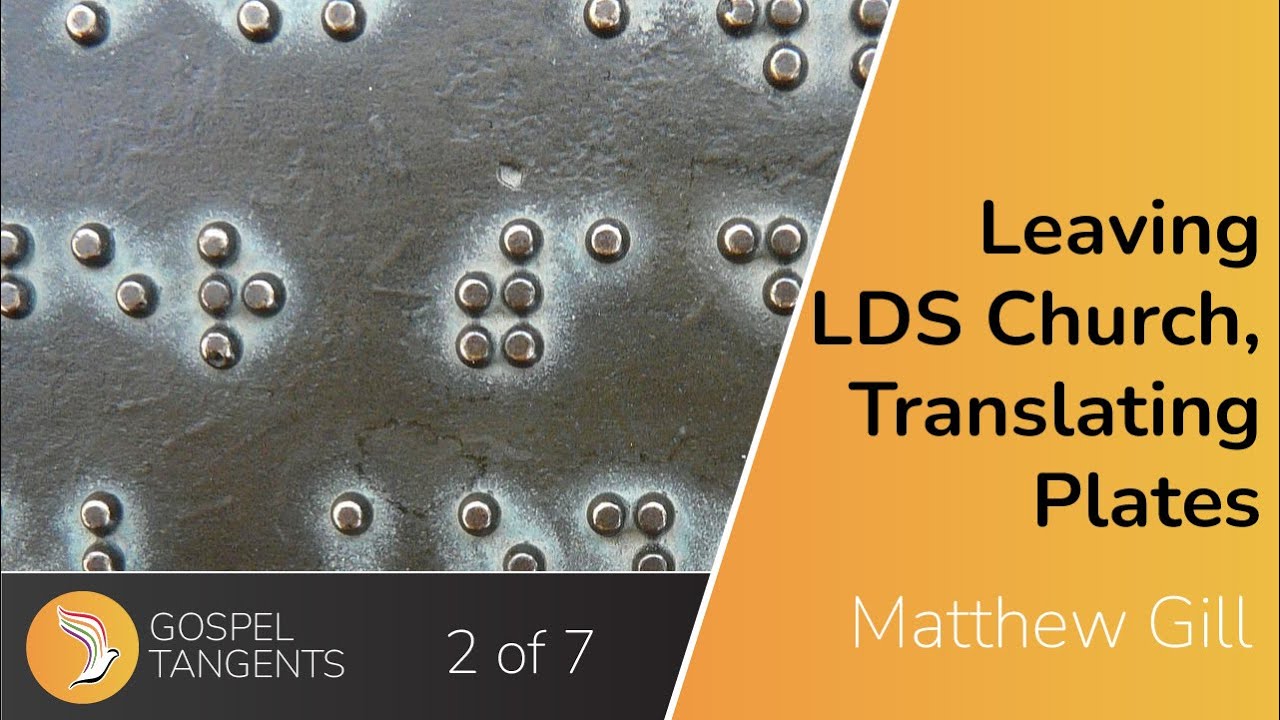 GT:  What led you to leave the LDS Church?

Matthew:  My first vision as an adult happened in October of 2005. I was still in the Church at that point. I’m quite happy to stay in the Church. I mean, I held callings. I think I was, at that time, in the Melchizedek priesthood presidency at the time. So, I was happy. I mean, I have friends there and built relationships with people and my family. I’m a third generation LDS. Well, I was.  So, you know, it was just like, with my parents, all I knew was LDS Church. All I knew was the LDS story. I didn’t really know anything else other than the LDS story. I certainly wasn’t aware of all the different organizations within the restoration family. The only one I was really aware of with the RLDS, and we didn’t really talk about them very much. Then, I had this. I went to bed that night, and I prayed, and my prayer was more, “Just direct me.  What did my family need to do? You’ve been you’ve been telling me since I was 12, this thing is going to come? Is it ever going to come? What’s it all about?” Then, that night, I have a vision, and I see an angel and the angel says to me, “You’re going to be given this gift. This gift is going to come to you.  You need to prepare.” My first questions were, at the time, “What do you mean by prepare? What do I need to do?” The angel told me some scriptures to read, where to read the scripture from.

GT:  These were LDS scriptures or Bible scriptures?  What was the name of the angel?

Matthew:  The angel was called the Angel Raphael.

Matthew:  He directed me.  At the time, I only had LDS scriptures. I didn’t have anything else to have. But he was talking to me about scriptures that I didn’t have. I’d never really studied the Inspired Version of the Bible. But he was talking about the real Bible. “This is one you need to read.”  I’m like, “Where do I get a copy of this and how do I go about it.”  He gave me a list of things to do. I went away and researched them and read them. I read, I was told to read, in particular, to go through second Nephi properly.  I did that. Then, of course, when you start to do what you’re being told to do by an angelic messenger, certain things start to happen in your life, don’t they? Because then all of a sudden, you’re doing things that are contrary to what you’ve been told at Church, which is exactly what happened. Exactly what happened. I remember one– and while these were going on, I was still a member I hadn’t left yet. This is 2005.

Matthew:  So I was going to Church with my wife, and my son, he was about two, and my parents.  I was just sitting in a sacrament meeting. I can’t tell you when the date was. But I remember the actual, the instant, I was sitting in a sacrament meeting, and they were blessing the sacrament. I read the Doctrine and Covenants section on the preparing of the sacrament, and who is to give the sacrament, and who is to… I was reading this. For me, anyway, I looked at what we were doing, looked to what the scripture said, I was like, “This doesn’t make any sense. We’re not doing what the Scriptures, even our own scriptures attested.” I just felt this overwhelming feeling to get out of that room and get out of there. So, I did.  I got up and left and went into the corridor.  My dad came out, “What’s the matter?  Becky’s upset, because she doesn’t know what’s going on.” That’s my wife.  I said, “I can’t stay. I’ve just got to get out. I can’t stay here anymore.” And I never went back. I decided that night to write  my resignation letter. I gave it to my bishop the day after, which was on the Monday. I told him that– they came and I just gave–I said to the bishopric that you need to come. I’m going to resign my membership. They were like, “No, no, don’t do that. Don’t resign your membership. We’ll talk about it.”

GT:  Well, what were they doing wrong with the sacrament?

Matthew:  Well, the appropriate body wasn’t passing or blessing it.

GT:  The priests weren’t blessing it?

GT:  Oh, so you thought that the priests should pass it, not the deacons. Okay.

Matthew:  Yeah, and that’s what we do. It was just a lightbulb moment for me. I just had to get out of there.

GT:  Okay, so you got the plates. Was it September 26th, if I remember right?

Matthew:  It was late in September, September 23. Then, we started working on them October 1.

Matthew:  When we got them, obviously, we didn’t know what was going to be in the box. When we opened the box, it was a complete surprise to us. I was expecting one set of records, maybe. I had no idea what they might be on, whether that might be on paper or whatever. I had no idea there would be two in there.

Matthew:  Yeah, I suppose you could call it a urim and thummim. I just called them the translators. The 24 plates were roughly this size, and 10 of the plates were slightly larger.  But, instead of portrait, the writing was across, but it was later.  Anyway, then, of course, we had the translators, but we didn’t know, I didn’t know what to do them. So, the first thing I did was like, “Okay, shut the box. Put the box away. We’re not going to get everything out and start playing with it. Put it away. Let’s go and pray about this. Let’s go and ask the Lord. What do we do now? Obviously, you want us to translate, but how does that work?” That’s when I got the introduction to use the translators. The best way to describe them– Have you ever seen an old pair of medieval glasses? They were round, like an arch in the middle. They were wrapped in leather. One lens was red and the other lens was blue. They were inscribed around the outside and they were big. They were not wearing glasses, but they were super big. We had trouble trying to keep them on. So, my dad tied them to wrap around my head. Then, as soon as I knew…

GT:  So, before he tied them on, you just had to hold them with your hands.

Matthew:  Yeah, I had to sit there like this. And when you’re trying to do something, this isn’t good because you can’t move anything. So, we came up, we my dad came up with a great solution. Let’s just tie the things, let’s just tie them on. So, we tied them on. Then, on October the first, we all decided after prayerful consideration that we would start to translate them. We were told to translate the smaller of the set, which was the 24 plate one to start with. That’s what we did.

GT:  That was smaller than the ten plates?

Matthew:  Oh, yeah. Yeah, the ten plates were wider. So, if you can imagine the wooden boxes square, the ten plates sat on the bottom of the box, right? The 24 plates on top of it. Then, the interpreters or the translators are at the bottom. 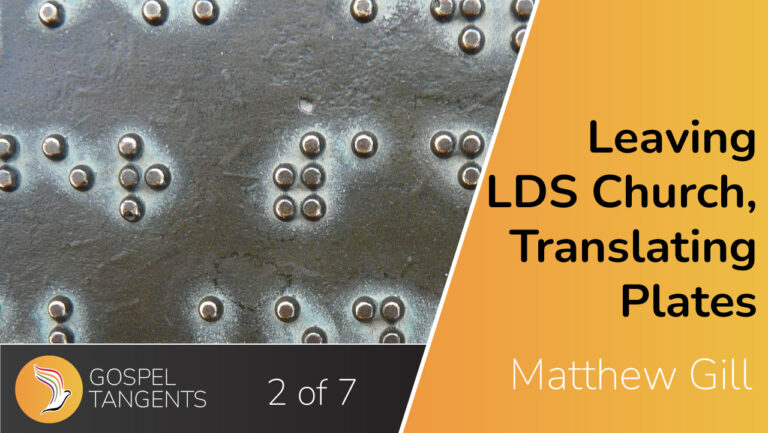