Matthew Gill is a prophet of the Restored Branch of Jesus Christ. He claims to have translated an ancient record of the people of Stonehenge. What were their religious practices like?  Are they Christians? 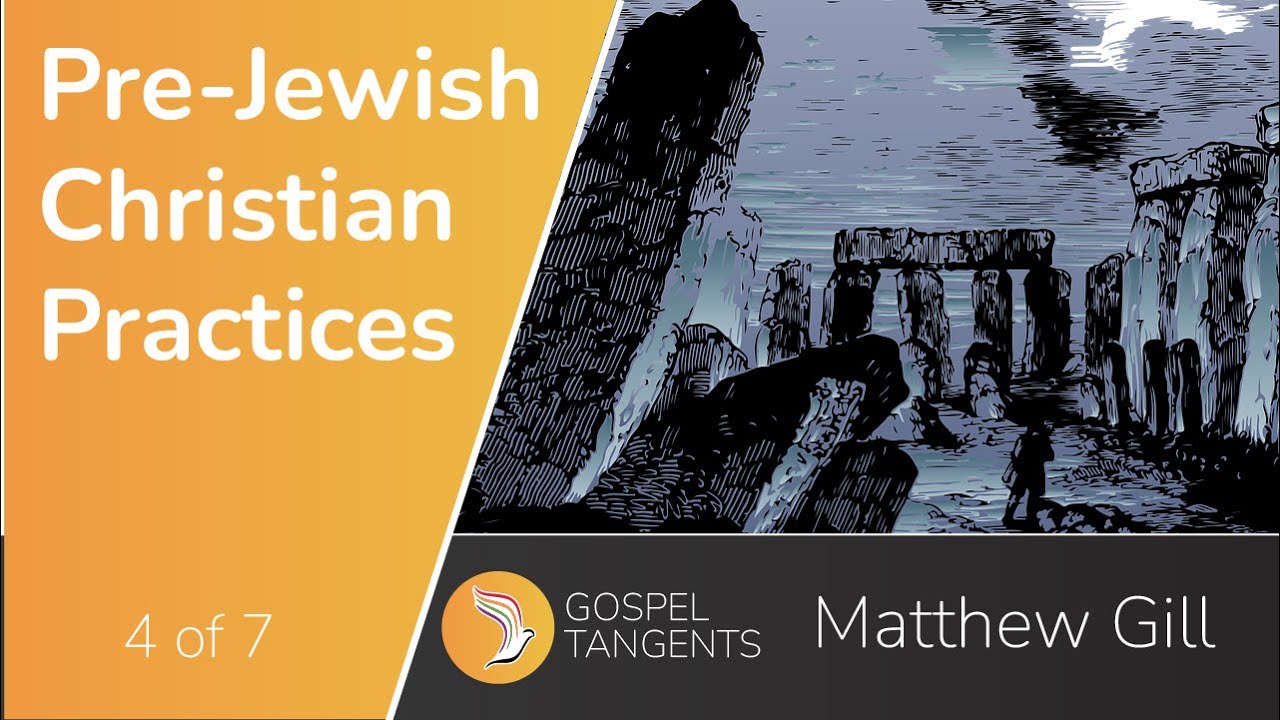 GT: So, as far as the religious practices, because this predates Abraham and Moses and everything, would there be like Christian practices? Would they be Jewish practices?

Matthew:  Yeah, they won’t be Jewish. There won’t be Jewish, and they won’t be Christian. I mean, that’s the problem, isn’t it? Because whenever I talk to people about it, I always say, well, in the Book of Ether, which isn’t very complicated to read, there’s very, very, very few mentions of religious practices. I mean, if you read the Book of Ether, it’s like a kings list of who ruled for how long, and who was in prison with anyone else.

Matthew:  For me, when people say, is it Christian or Jewish? I would say it’s neither of those things. It is God. It is religion. It is God.  I don’t think to label it Christian, or it certainly wouldn’t be Jewish, because it predates Judaism, and it wouldn’t be Christian because it predates Christianity, technically. But, it would be religion, it would be a group of people who have set practices, worshipping the same God that I worship, i.e. Jesus Christ. Which is why, I would gather, there are differences in the way they worship Christ, [and] the way I worship Christ. Because a lot of the things [the way] I worship Christ are based upon modern revelation, the Doctrine and Covenants, the Book of Mormon. They wouldn’t have had those things. So, their way of worshipping Christ would have been different to the way I worship Christ. But, it wouldn’t have been totally alien to me, because it’s worshipping Christ.

Matthew:  They talk of Christ a lot in the record. Jeraneck, the last prophet, in the Book of Jeraneck, he sees a vision of the birth of Christ.

Matthew:  Yeah, yeah, I suppose. But you’re later than that. Yeah, it’s just like Nephi, he sees where he will be born, how he will be born, how he will die, which confuses him a little in the record, because he doesn’t realize, he doesn’t understand how people can kill a god. But, anyway, that’s beside the point. He sees the way he dies. He sees that he’s resurrected. He knows what’s going to happen. Also, one of the good things about the Book of Jeraneck, for me, is we know one of the wise men there at the birth of Christ.

Matthew:  So it was one, his name is Sheraneck, and he’s still knocking around. He hasn’t tasted death. He’s still here, though, and he was told that he would bring a gift to the birth side,  or the cradle of Christ. I happen to believe that there are many, many wise men that went to see Jesus, including the Nephites. So, they prophesy of Christ, they teach of Christ, they worship Christ. They talk about him all the time. Then, of course, skipping forward to the book of Rayaneck…

GT: So, these are pre-Jewish Christians.

Matthew:  Right, yes. Some of the things that they do that we will recognize, I mean, I don’t know. Baptism, probably, is probably the most important one, I would think.  We know they baptized in the Book of Jeraneck, because baptisms take place. They weren’t, like taking the sacrament, but they weren’t offering sacrifice, either. So, there are certain things that you and I would recognize as being, “Christian practices,” such as…

Matthew:  No, no. That’s definitely not instituted amongst them at that time, no. This would probably make sense as Christ hasn’t been born yet. So, no sacrament. No ritual sacrifices of animals, nothing like that. Prayer. We know that they pray a heck of a lot and baptisms. I’m just trying to think of all the stuff in there.

Matthew:  There’s a part in the Book of Jeraneck, where they set up for the first time amongst the people, a religious organization where people can attend and pray and worship. They call that the Church of Christ. So, they knew about Christ. They knew he was going to come forth.  They believed in him because it’s open to the prophets and given them direction.

GT:  So, they call him Christ, not Yeshua, or Joshua or Messiah or anything like that. It’s the Greek Christ, okay.

Matthew:  Now, it’s going to be, you know, I translated that record, nobody else. So, I often say to people, this book, is only as good as my translation efforts. I’m sure somewhere, maybe there could have been someone who could have translated it better. But I did what I could do and did do. And just like the Book of Mormon, I’m sure if Oliver Cowdery translated parts of the Book of Mormon, it would have a different tonal inflection than Joseph Smith. But he couldn’t, so he didn’t.

GT:  So, there’s not a unique translation, every prophet is going to put his own little spin on it?

Matthew:  I think every prophet would bring his own loaded ideas, or would describe things differently. Like, for example, when I was translating the Book of Jeraneck, not only did I see text, I saw events. I would describe those events. So, those events that I’m describing are only going to be as good as my description. I’m sure if someone else saw that event, they might pick something else out.

GT:  I know Joseph used a seer stone, as well as the urim and thummim.  So, you’ve got these red and blue spectacles, and you’re seeing you’re seeing those on the spectacles? I mean, there’s kind of sound like 3D glasses in a way.

Matthew:  Yeah, people have said that to me before. Yeah, I mean, I would put them on, and then I would look at the text.

GT:  Look at the plates.

Matthew:  Look at the plates, and then I would see above the line of inscription, a translation into my English. Because don’t forget, my English is different than your English, too.

Matthew:   I mean, we have another language that’s totally different. We spell things differently, for a start.

GT:  Yeah. You spell it all wrong. (Chuckles)

Matthew:  So, I saw the text above the line that I was looking at. But then–how do I describe this? When the text won’t do, when the text doesn’t describe it richly enough, I saw through those glasses.