Matthew Gill is prophet of the Restored Branch of Jesus Christ. He tells why he thinks Joseph didn’t practice polygamy. 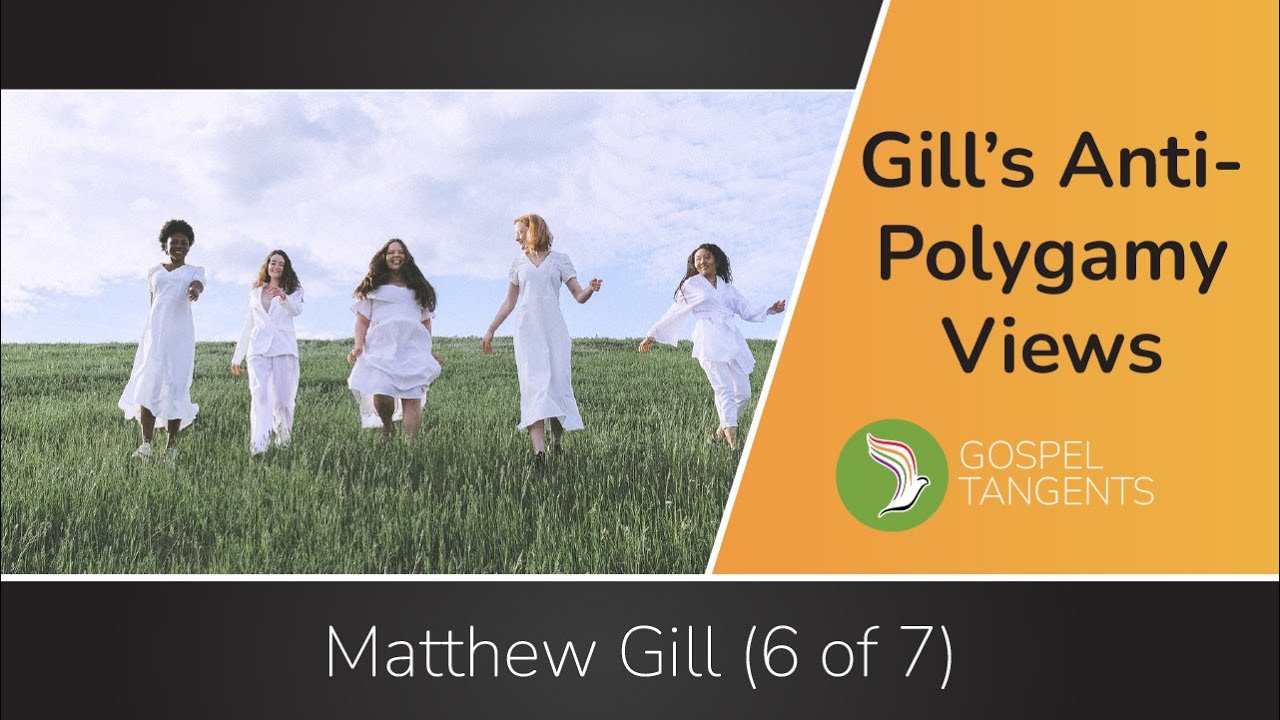 GT:  I’m going to try really hard not to argue with you about polygamy, but can you just give some justifications why you think Joseph Smith was not a polygamist? Before 2005, did you believe Joseph was a polygamist?

GT:  You hadn’t given it much thought?

Matthew:  It’s not a thing that really came up in. I mean, obviously, we knew polygamy was there. We knew it was there, I don’t know about your ward, but it’s not something that was really spoken about in great depth every other week at church. Now, obviously, it wasn’t something that I grew up being really, really in-depth knowledge about. I mean, I knew it existed. But I really haven’t given it much thought, I suppose, prior to 2005.

Matthew:  The first time that polygamy really became an issue for me, was when I’d left the LDS Church, and people were asking me questions, and people were saying to me, “Do you believe in polygamy?”  I’m like, “Well, I don’t know. I don’t think… Then, we have to go back, and then you study, for me, anyway. I know people believe in polygamy, and they practice it, some of them, and they hold dear to it. But, I don’t believe that Joseph Smith was a polygamist. I certainly don’t believe he sanctioned it. I really believe that he was going to do something about it before he was killed. Now, people say to me, how’d you get to that conclusion? Well, Joseph Smith, for me, spoke publicly on the issue many times and said, “People have accused me of these things, and I’m not.”

Matthew:  They released, while they’re in Nauvoo, even, they released a statement.  Hyrum Smith released a statement saying, that we are not polygamists. So, my feeling, look, I either believe Joseph Smith spoke to God, and when he spoke to people, he spoke to them as a prophet. So, I’ve got to believe in a Joseph Smith that was not only concealing sexual acts, or extracurricular activities, from his from his peers,  and was secretly involved in a secret society within his own church. I just, I’m sorry, I don’t believe that. I just don’t believe that’s the sort of man he was. You could argue, as I do with people, well, the Book of Mormon condemns it. Other people say it doesn’t condemn it, it supports it. Well, this is one of those arguments, for me, that you could go backwards and forwards it all night. Which leads, of course, wonderfully into the martyrdom. But, this is what we believe.  We don’t believe he was a polygamist. We can show that Joseph Smith publicly stated, and the Church publicly stated it wasn’t a polygamist organization. That’s the Joseph Smith I want to believe in. It’s not necessarily the Joseph Smith, everyone else believes in, but that’s the Joseph Smith I believe in.

He also gives basic details about his church beliefs, and his newest scripture, the Book of Rayaneck.

GT: So, lets jump up to 2015 and the book of Rayaneck. So, how did you get that book and translate it? Was there an angel involved and that kind of thing?

Matthew:  I was given the book by Rayaneck.

Matthew:  I met him.

Matthew:  He gave me the book.

Matthew:  He’s still here.  He gave me the book. Now, it was about yay high, fairly big. It was on, like parchment, I suppose.

GT:  So, it wasn’t gold plates or brass plates.

Matthew:  So, the parchment book is quite thick.

GT:  And it was written in a strange language?

GT:  Do you still have these red and blue translators?

GT:  Oh, so, what happened to the brass plates?  Sorry to change the subject back to there, but…

Matthew:  Then, they were taken back when the work was done. It was taken away. We had them for a lengthy period, anyway. Once we finished, I wasn’t comfortable having them just lying around, because I certainly wasn’t going to invite some kid to come and see them, you know, take them on the road. So, I beseeched the Lord, to take them away. So, I wouldn’t have to worry of looking after them, and that’s what happened. They were taken.

Matthew:  And took them away, yes.

GT:  Raphael or somebody else?

Matthew:  Raphael took them away, and I haven’t seen it since. So, I’m not likely to. Then, we had this big, long period, and then we had this record given to us by Rayaneck, son of Jeraneck. Then, we spent some time translating, putting that down. That took a longer period of time to do that, than it did the Book of Jeraneck.  Then, we just followed the same procedure:  had them, prayed about them.  We invited those who wanted to be involved in the translation process to come and see and have a look.