I was surprised to learn the LDS Church sued Matthew Gill, essentially to shut down his church. Matthew tells more about the suit. 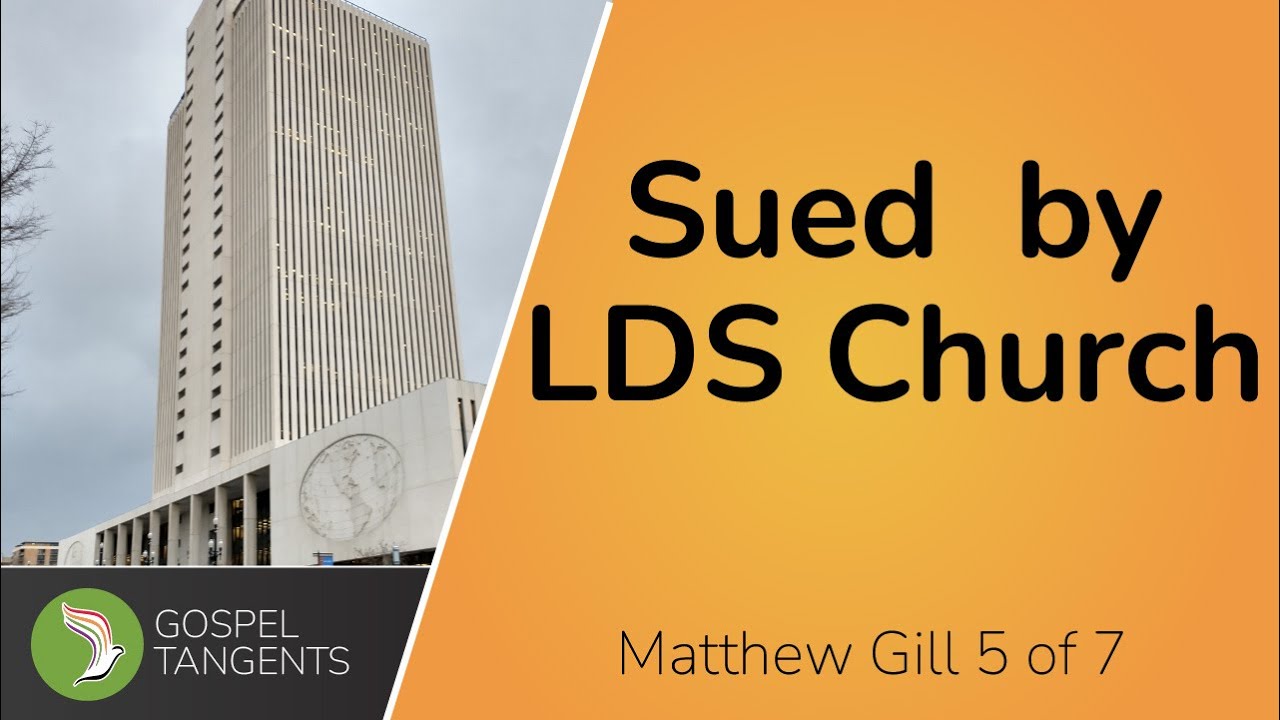 Matthew:  Then, one day, I come home, from taking my boys out, and I’ve got this big envelope with the LDS Church stamped all over it, and I’m like, “Uh oh,” and then they go, “We’re going to sue you.”  I was like, “Oh, wow.”  Our sites, I mean, we’re not huge, and we don’t have lots of money. So, you’re not going to get much. So, we went to a lawyer, and we got lawyers, as best as we could. We took the fight to them as best as we could with our limited resources. Instead of them suing us, in the end, we came to an agreement, because the LDS Church wanted us to stop using the Book of Mormon. They wanted us to stop referring to Joseph Smith. They wanted us to basically give up everything that we believe that we are, and we simply can’t do that. Because we believe the Book of Mormon is true. We believe Joseph Smith is a prophet of God. We can’t just say we don’t believe in those things. That’s who we are. So, we came to an agreement that they would back off if we changed our name, pretty much. You know, touch wood, we’re still alright. So, we changed that name. We changed the website.

GT:  Okay, so, now you’re the Restored Branch. I think your website’s the restoredbranch.org. Is that right?

Matthew:  That’s the beauty to get .com. Everything else is terrible. So, yeah, we just we changed our name, changed the website. We totally overhauled the website, put a big disclaimer on the website that we are not affiliated with the LDS Church in any way, shape or form, which is one of the prerequisites, of course.

GT:  But, you believe in the Book of Mormon.

GT:  So, anyway, because I’m trying to remember, so you threw out the Book of Abraham, but you still probably have the First Vision, what’s it called, Joseph Smith History?

Matthew:  Yeah, we have a we have a Joseph Smith history, which is taken from the Wentworth letter.

GT:  So you just call it the Wentworth letter?

GT:  So, you’ve got a new version of the Doctrine & Covenants.

Matthew:  Oh, we have our own version of the Doctrine & Covenants, yes.

GT:  The LDS Church was okay with you calling it Doctrine & Covenants?  They didn’t sue you over that?

Matthew:  Anybody can use it. Here, it’s not.

Matthew:  Yes, so, before we left the European Union, we were tied to European Union regulations. In the European Union, they have, what’s the word, copyrighted the Book of Mormon, so only they can use it, nobody else. We said, “That’s unfair, because what you’re doing is potentially hamstringing people from not being in your church.”  Then, of course, we left the European Union anyway, so we don’t have to abide by those rules anymore. But, this was prior to Brexit. So, we just came to a conclusion.  Our lawyers spoke with their lawyers. When they came back, they gave us a list of things they’re prepared to budge on, and a list of things they weren’t prepared to budge on. Then, we just sat down as a branch and went, “You know, we can’t afford a huge legal battle here. We can afford to push on some things, but we can’t afford to push on others.” So, we went back to them, and said, “This is what we’re going to change our name to. Are you happy that this is okay? It’s not going to be a problem down the road?”  They said, “No, the name is fine. But you’ve got to change your website.”  We agreed that we could still use the Book of Mormon and we could still refer to Joseph Smith. Our argument was, “If we were in America, this organization, written in America, we wouldn’t be having this conversation.”  So, they could push it here, because they have done things here that they can’t do in the States.

GT:  So, you threatened to just incorporate in America? (Chuckling)

Matthew:  I mean, yeah. It’s just ridiculous, though. Yeah. I mean, we made the point that we’re not a massive organization. So, we’re not a threat to you guys. I mean, this is a multibillion-pound organization. I mean, why did you feel threatened by this in the first place? We couldn’t understand why they felt so threatened to be suing us.

GT:  So, as far as the Pearl of Great Price, your Book of Moses, you’ve incorporated, you probably just use the Inspired Version from the Community of Christ, right?

Matthew:  No, not from the Community of Christ.  We get ours from Price Publishing.

We’ll talk more about the scriptures his church uses. Check out our conversation…. 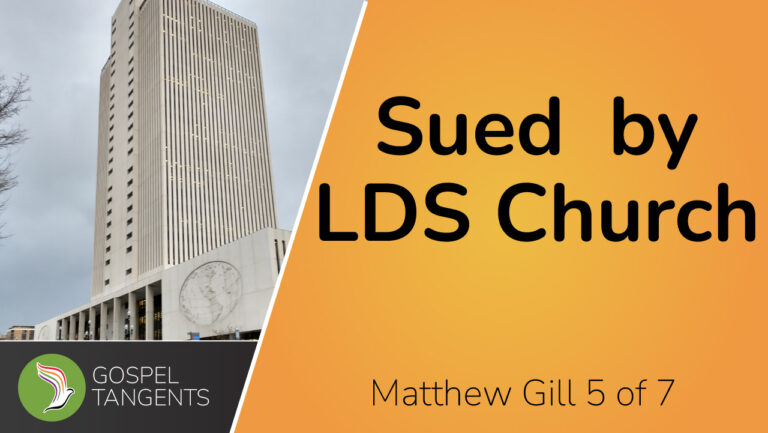