Skip to content
PrevPrevious EpisodeAtonement Theories in Book of Mormon (Part 6 of 6)
Next ExpisodeEugene England at BYU, Dialogue (Part 2 of 5)Next

I just finished a biography of Eugene England called “Stretching the Heavens” by Dr. Terryl Givens. I loved it and felt a real kinship to Dr. England, despite having never met him. I’m excited to talk to Dr. Terryl Givens to discuss Gene’s life. I was surprised to learn that Terryl at first turned down the opportunity to write Gene’s biography but changed his mind a few decades later. Check out our conversation…. 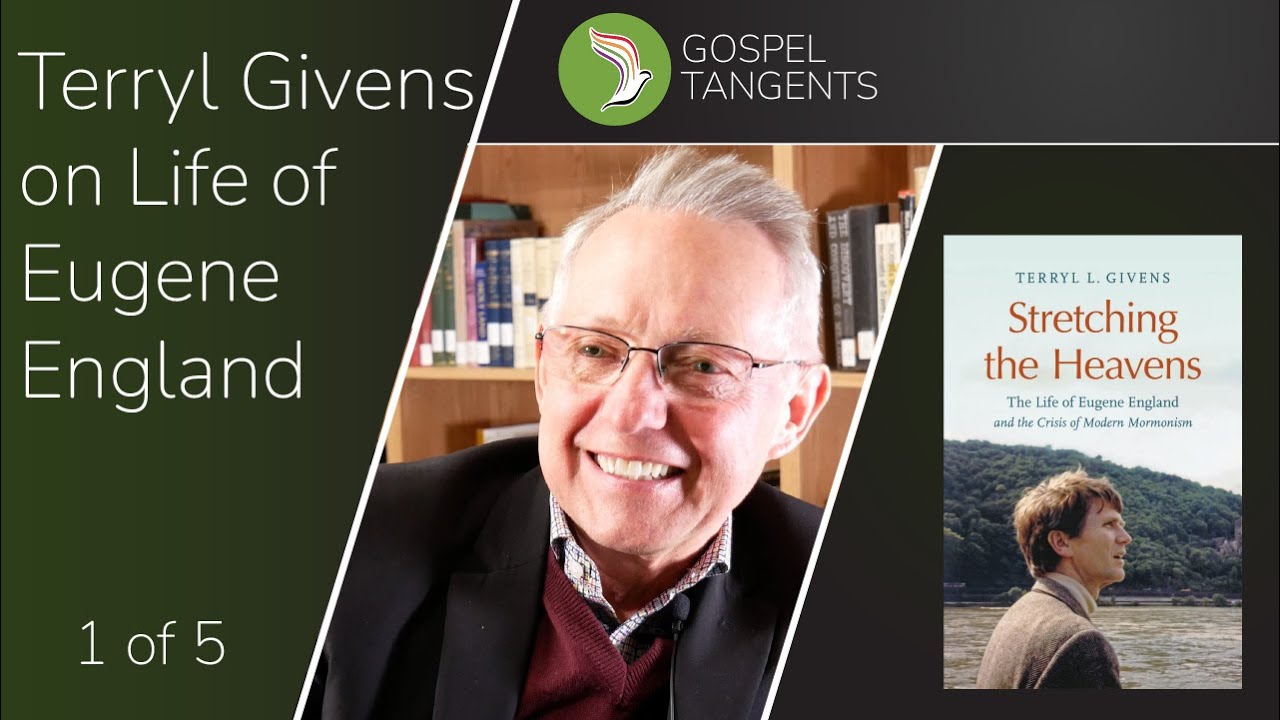 GT:  But your latest book, Stretching the Heavens is about Eugene England. I know you actually turned that down. You mentioned that in the introduction. Tell us why you turned it down and why you decided to pick it up later.

Terryl:  Well, I turned it down for a few reasons. Gene England died in 2001.  It was very shortly thereafter that his widow, Charlotte, contacted me and asked if I’d be willing to write his biography. I hadn’t met her, and I had met Eugene passingly a couple of times. At that point, there were a few reasons why I didn’t want to take on that task.  One, it just seemed like an awkward kind of undertaking for somebody who, at that point–for one thing, I was very junior in the profession. I was not of his generation. There were a lot of senior scholars in Latter-day Saints studies, who knew him, who knew the background, the era, and seemed to me would have been much better qualified. It also seemed awkward in the sense that Gene England elicited really strong responses from everybody who knew or interacted with him, either pro or con. I wasn’t sure that I wanted to engage in the controversies, at that point. And, I had other projects underway. So, I politely declined.

Terryl:  I think first one person, and then another, and then a third, undertook to do the biography. None of them completed the task. So, around about, I don’t know, 2016, 2018, Charlotte approached me again. Maybe by that point in my life, I felt enough of a kinship with him, insofar as my life had come to parallel his in some fairly significant ways. I felt a deep affinity for his interpretations of Latter-day Saint theology. I share some of his frustrations that the culture had not always lived up to its potential and its promise. I think I also felt myself to be a kind of insider-outsider. I’d always lived outside the Mormon corridor. I didn’t associate with, didn’t know, wasn’t kind of in the mix of Latter-day Saint scholars, really.

Terryl:  I had, as I said, a kind of relationship to the Church that was kind of inside, but on the peripheries, and suddenly it felt like the right thing to do. Enough had transpired in the last decade or more, that I thought, I hoped, at least it was my hope, that the Church, speaking of it as a people, had arrived at a point where they would be open, receptive to the lessons that we could learn from Eugene England’s life and legacy. It was a very vexed and troubled life and legacy. Yet, I thought that it had important lessons for us. At that period in Church history when he was most active as a scholar, there was not a great openness to self-criticism, or introspection, or asking hard questions.

Terryl:  We’ve certainly moved in that direction. In fact, we have, the uncensored, unabridged Joseph Smith Papers and the Gospel Topics Essays.

GT:  Some people would say the Gospel Topics Essays are not uncensored.[1]

Terryl:  Well, I guess having been involved in the process, I would have to acknowledge that they did go through a great many layers of editorial interventions. So, that’s true. But at least they’re an attempt to merge the tough questions, the sticky wickets in our past. The Saints history, I think, is by far the most open and full, unapologetic history that we’ve seen and are likely to see for a while. So, yeah, I think we’ve attained a certain degree of maturity in that regard.

Have you read Stretching the Heavens?  How much has the LDS Church improved with regards to talking about hard topics?  Check out our conversation….

[1] For a critique of the essays, see Matthew Harris & Newell Bringhurst’s book “The Gospel Topics Series.” It can be purchased at https://amzn.to/3mqQJjS

PrevPrevious EpisodeAtonement Theories in Book of Mormon (Part 6 of 6)
Next ExpisodeEugene England at BYU, Dialogue (Part 2 of 5)Next 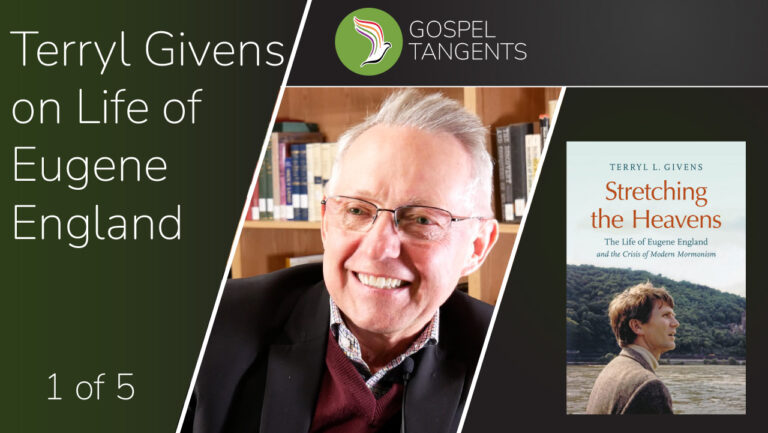