Skip to content
PrevPrevious EpisodeEugene England at BYU, Dialogue (Part 2 of 5)
Next ExpisodeExplaining Atonement Theories (Part 4 of 5)Next

Table of Contents: Is it OK to Ask Hard Questions at Church? (Part 3 of 5)

Gene England was one who liked to ask the hard questions at Church. It definitely caused Gene trouble with Church leaders. Has it gotten any better since Gene died? Dr. Terryl Givens is going to answer. 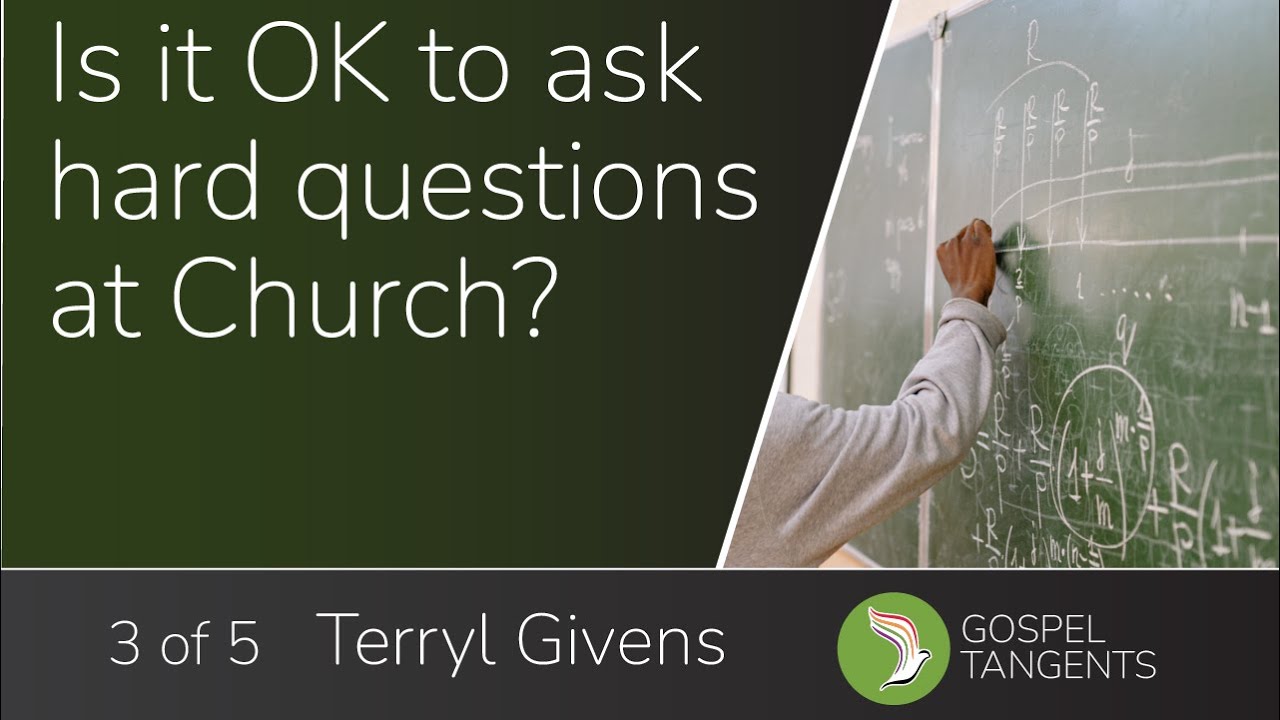 GT:  Is it okay to ask hard questions in the LDS Church?

Terryl:  I think it is now. I think it is. I have had experience working as a consultant with the Church History Department on a number of projects. The very direct and explicit instructions and feedback that I was party to with the brethren was, unambiguously, “Be honest. Get it all out. There isn’t any topic which we are not comfortable addressing.” To my mind, there was a watershed talk. It didn’t precipitate a watershed change. But there was a watershed talk given in 2016 by Elder Ballard, President Ballard, to the CES educators. I think it was the most important talk given in my lifetime, which sounds like overstatement, but I don’t think it is. Because in that talk, he effectively said, “We have not succeeded as Church educators in preparing our young people for the challenges in this particular moment. We need to rethink how we engage those tough questions. He was very direct and very explicit. He said, “A testimony is not an answer to a question.” That in and of itself, is a revolutionary kind of recognition, an admonition, it seems to me, to Church educators to say we have to honor and dignify and validate genuine questions and not skirt them or avoid them. He also said [that] if you don’t have the answer to a question, then go to a Church historian, or an expert in the field, who does. So, this is the first time that I have heard the Church acknowledge that intellectuals are not the enemy of the Church, but they can be powerful assets to the Church and to a life of faith. I couldn’t have been happier to hear those words. They don’t seem to have filtered all the way throughout our culture and educational system.

GT:  I’m glad you say that, because I had a conversation with a seminary teacher in my stake, and I asked him what he thought, specifically, of people like you, Paul Reeve, and he was like, “You know, they’re a little edgy.” So, you’re too edgy for–and, certainly, Eugene England was, too. I kind of want to tie that back. Because while I appreciate the Elder Ballard talk, one of the problems with it is, you know, we’ve heard about it, people in the Mormon history community have heard about it. But, as you said, it was to CES employees. It wasn’t to the general church. So, it’s kind of hidden a little bit. Even, I know Eugene England, he would give some talks, or some of his articles and things to Bruce R. McConkie and Elder Packer, and they pushed back pretty hard against it.

GT:  So can you talk a little bit more about that?

Terryl:  Well, there’s no question that arising out of a legacy of misrepresentation, and opposition and hostility by the government and by most cultural institutions in the United States, that the Church History Department began with a kind of fortress mentality. I don’t think anybody would deny that, that we were extremely protective. We sanitized our history in ways that avoided discussion of things like the Mountain Meadows Massacre, other aspects of our history that didn’t depict us in the best light. I think there were good historical explanations for that attitude, that defensiveness. I think that the Church has very deliberately and self-consciously and methodically brought us into a better engagement with our history in all of those ways that I’ve mentioned. Gene England was prescient in the sense that his principal concern was a reaction to his recognition, having worked in the Church Historical Department, his recognition that there are narratives in our past that come into conflict. There are doctrinal views that have been espoused by individual leaders that are in conflict. And that as we move forward into this data-rich information age, our young people are going to become more and more aware of these discontinuities and conflicts.  His primary motivation was to think through some of these problems and complexities and work towards greater engagement and his favorite word, dialogue with these. The Church wasn’t ready to move in that direction in 1975 and 1980, and they have since.

Terryl:  But his concerns, his alarm, turned out to be absolutely, as I said, prescient and has been validated, insofar as the Church has embraced exactly that course of action, which he was pleading for the Church to embrace, which was acknowledge, engage, dialogue, confront these questions and these problems. I think that, as I said, the kind of the formal manifesto of that new attitude would be Elder Ballard’s talk. Now, he gave it to the CES educators, and I think that that was the right audience.

Do you agree?  Are CES employees the ones who need to hear this message, or should it be distributed more broadly? Is it ok to ask hard questions at church? Check out our conversation….

PrevPrevious EpisodeEugene England at BYU, Dialogue (Part 2 of 5)
Next ExpisodeExplaining Atonement Theories (Part 4 of 5)Next 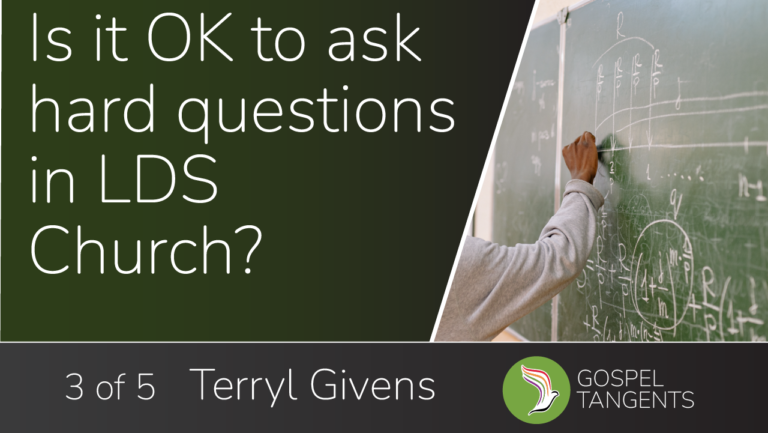