Table of Contents: Why Book of Mormon Isn’t Trinitarian (Part 2 of 6 Paul Toscano) 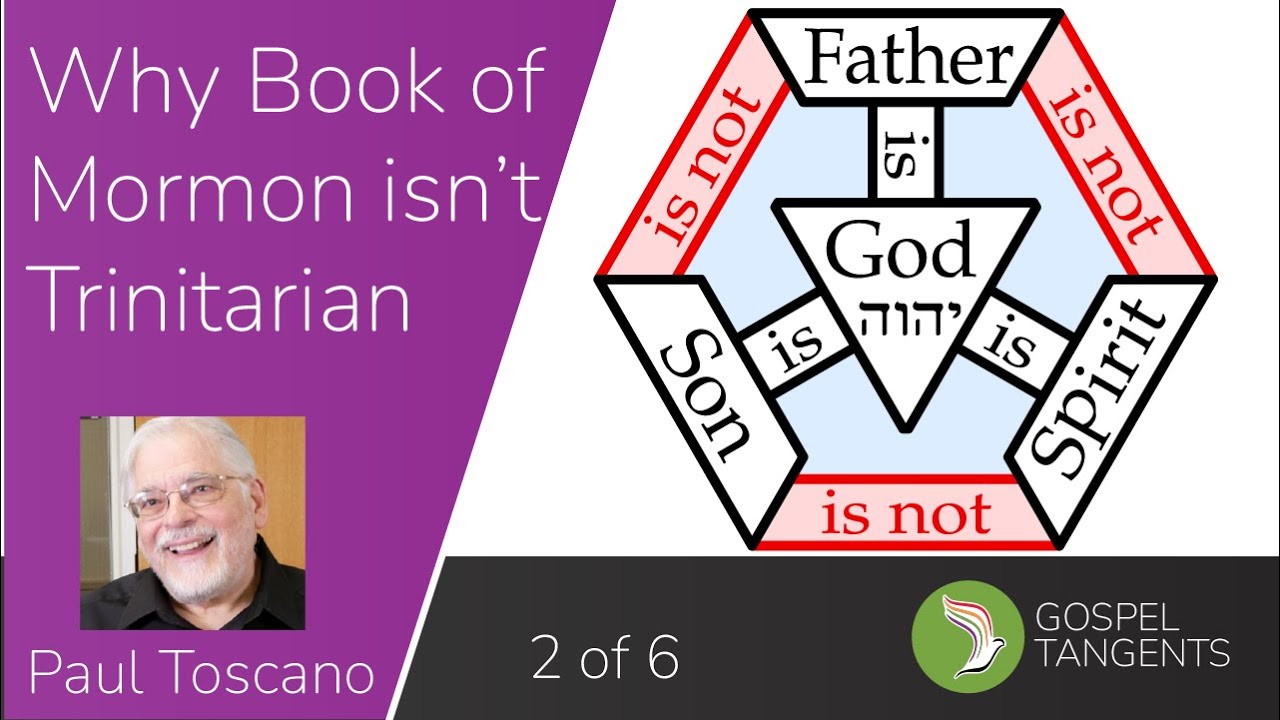 Paul:  I talked about the atonement. And I said, the Book of Mormon teaches that Jesus is a supreme being. And that he’s both the Father in heaven, and when he comes to earth, he’s the son, and he’s the creator. And then he’s the Redeemer.

Paul:  Homo-uzious. Yes, that’s it. That’s it. And that’s not what we believe

GT:  There’s the one “i” [that’s different between the two words.]

Paul:  Yeah. These differences people fought over. And it seems like it’s Trinitarianism. But it is not. It is because of the emphasis on embodiment. I think the Book of Mormon shows us that Christ was God, before time, before the creation, before space and time was created, when there was only God and there was no differentiation. It’s very difficult for us to even conceive of this because we can’t.

GT:  Before you get into there, can you tell us the difference between homo-uzious and homoi-uzious?

Paul:  I’m not going to step into that.

Paul:  You go ahead, because I suppose you know more about it.

Paul:  Yes. I’m saying that what the Book of Mormon says is, it’s the same person. And this person is a personage who exists differently after the creation, then God existed before the creation. Now, I know this sounds like Trinitarianism, but it’s very different. And what I want to do is, I’m going to actually, in order to make this point clear… oh dear. I’ve got notes on my phone. But I want to say this point. I believe that the purpose of the Mormon restoration was to reveal that Christ was the Supreme Being, not that he has a Heavenly Father that is superior to him. That’s what the Church teaches now. There is Heavenly Father and Jesus, the Holy Spirit.

Paul:  I believe that’s completely wrong. That was formulated probably officially in the time of Joseph F. Smith. He came out with a statement on Christ almost like a proclamation. You will probably recall that there was a settled view of Christ. But it establishes that there’s God the Father. He has a body of flesh and bones, and his son also is in his express image. They’re trying to derive it from the First Vision. It’s a misreading of the First Vision.

GT:  And the first Article of Faith.

Paul:  And the first Article of Faith which is wrong. Because it goes contrary to what the Book of Mormon teaches. The Book of Mormon does not teach the Christ has a superior father. I don’t know where that comes from. You probably do. I know it’s there somewhere. But I believe it’s a misreading.

[1] The discussion of these two words is the source of the phrase, “watch every iota,” because iota is the Greek letter for “i”, the only difference between the two words.

[2] Paul later clarified in an email on June 22, 2022.  “The Book of Mormon is neither Trinitarian nor Modalist. It presents the Father and the Son as the same person, but at different stages of progression. Mosiah 15 presents the infinite singular God in Mosiah 15:1, who then progresses by being conceived as the Father by the power of God (Mosiah 15:3), which occurs in the instant this uncreated God conceives the creation (for God is not Father until the creation is fathered). This same person then further progresses to become the Son and savior of the creation (Mosiah 15:2), which occurs in the instant the Son is conceived as a mortal in the womb of Mary. In the Resurrection the Son becomes the Everlasting Father, the Prince of Peace, by creating the mansions of heaven, the spaces for the redeemed to progress to be joint heirs in the godhead or pleroma with the uncreated God to share divine power as lesser divinities created by the atonement. These ideas rely upon integrated interpretive readings of Mosiah 15 and 2 Nephi 2:11-30.” 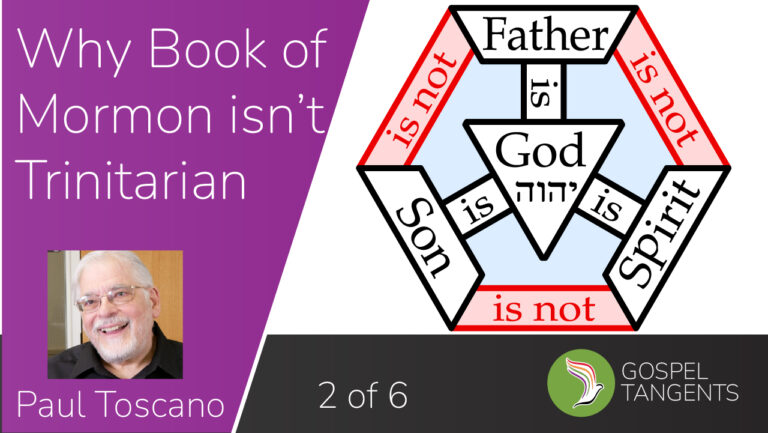