PrevPrevious EpisodeIs LDS Art Getting Better? (Part 6 of 6)
Next ExpisodePeace in Caldwell County Compromise (Part 2 of 9)Next

I’m excited to introduce historian Steve LeSeuer. Back in 1987, Steve wrote an amazing book called The 1838 Mormon War in Missouri. It won the best book award for the Mormon History Association.  We’ll get more acquainted with Steve and learn more about his background.  I was surprised to find out he was mapping Mormon history sites in Missouri as an undergrad. 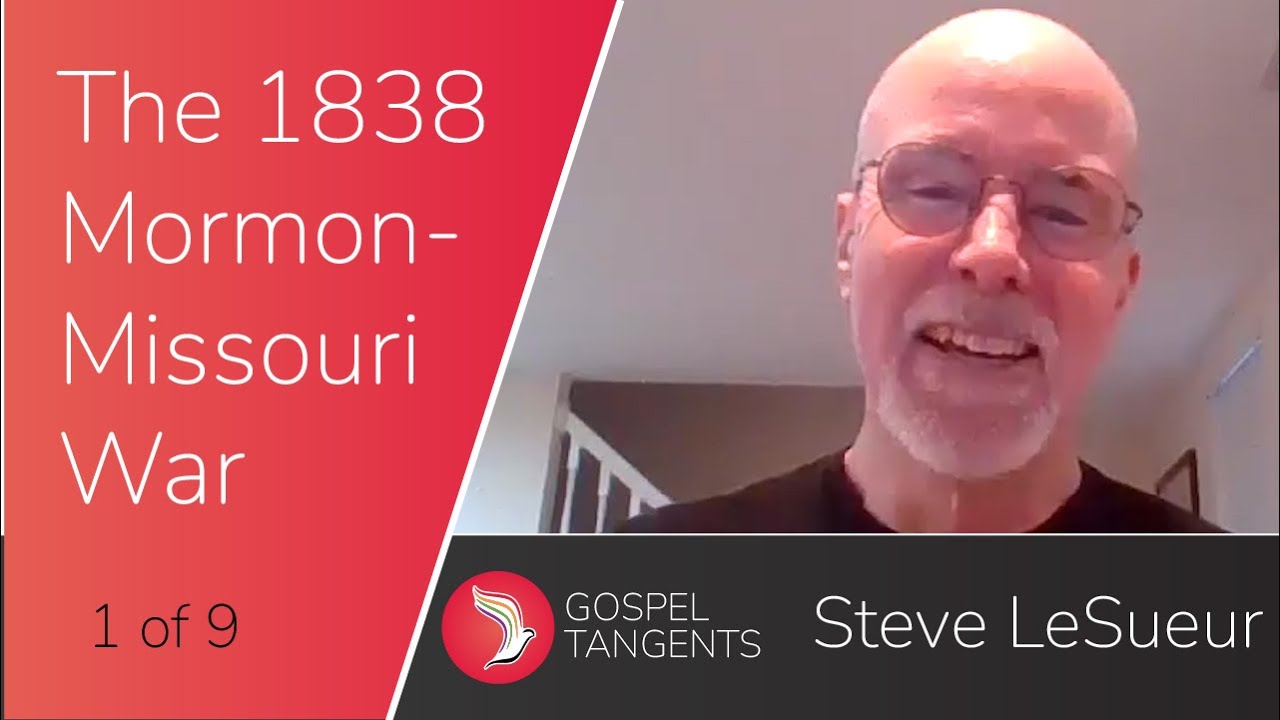 Steve :  I was looking for all of the references to Adam’s Altar, because, as you might know, listeners might know, that Lamar Barrett, one of his chief interests was Mormon history, geography, places and, he was interested in all the places in Mormon history and descriptions of them and he has written books.

GT:  So, this is non-Book of Mormon geography.

Steve:  Yes, this is real history.

Steve:  Your listeners will like that, but, anyway, this was real history, and real places. I take that back, it’s real history as much as Adam’s altar, can be real history. But it was, at least the Mormons who settled there thought–they heard Joseph describe some stones as Adam’s Altar. So, we were interested in, “Well, where was this?”  The descriptions, themselves, were quite different. Some people remembered, “Oh, yeah, there were these stones, and they were all set up together and in an altar.  Others said, “Well, no, they were just scattered stones, but they had once been an altar.” So, the remembrances were quite a bit different, as well as the descriptions of some of the places.  But Lamar didn’t care. He was just interested in, “What do we know? What did they say?”

Steve: So, it was a good start. From there, after I was finished with that, Lamar just me on for the whole year doing research in other topics, and including, in the summer, we went out and Lamar rented a BYU station wagon. He and I and Leland Gentry, and Max Parkin and Linden Cook, who was teaching at BYU at the time, and was also interested in Missouri history, the five of us drove out to Missouri.  [We] went through the archives and county records and things there, places there, for two weeks doing research on the Missouri period. So, that was my background.  After I finished that, I moved to the east. That’s why, when I did my master’s program, and it came time to write a thesis, I thought, “Well, here’s something I know a little bit about, so I’ll write about that.”

Steve:  I went and did my research at various county and libraries in Missouri. Then, in the evening, I’d drive back to Bill [Russell]’s house. [Bill is Community of Christ historian.] He’d get out the popcorn. He had one of those air poppers. He’d make some popcorn, and we’d sit around and talk Mormon history for a couple hours before it was time for bed. I did that for at least a week at his house. It was just a lot of fun.

GT: Bill is a riot. People will love him. I need to get him on my podcast, too. Well, cool. Then, let’s talk a little bit about the movie, before we dive into your book.  The movie was called Trouble in Zion. Kenny Ballentine’s a friend of mine. I just kind of happened across him at the LDS Film Festival here in Orem, Utah. Tell us about your role there in the in the movie?

Steve: Well, let’s see.  Basically, I answered questions, like I’m doing now. I talked about my book, but also my interpretations of the events there. Hopefully, you’ll give me a chance to talk about some of those. But, in any case, I just talked about my view of what the causes of trouble were, and how the events unfolded as they did. Also, I had a few, and still have a few disagreements with some Mormon historians about interpretation of some of these events.

GT:  Right. That’s what we want to talk about. I’ve had Dr. Alex Baugh, who was also in that film. I’ve had him on my podcast. So, I’d like to see where you and he agree and disagree. So, that’ll be a lot of fun.

GT:  (Chuckling)  I think fun for my audience, too.

If you’re interested in Steve’s other writings, check these out.

Articles and Books by Steve LeSueur

LeSueur, Stephen C. “The Danites Reconsidered: Were They Vigilantes or Just the Mormons’ Version of the Elks Club?” The John Whitmer Historical Association Journal 14 (1994): 35-51.

LeSueur, Stephen C. “The Community of Christ and the Search for a Usable Past.” The John Whitmer Historical Association Journal 22 (2002): 1-24.

LeSueur, Stephen C. “Mixing Politics with Religion: A Closer Look at Electioneering and Voting in Caldwell and Daviess Counties in 1838.” The John Whitmer Historical Association Journal 33, no. 1 (2013): 184-208.

PrevPrevious EpisodeIs LDS Art Getting Better? (Part 6 of 6)
Next ExpisodePeace in Caldwell County Compromise (Part 2 of 9)Next 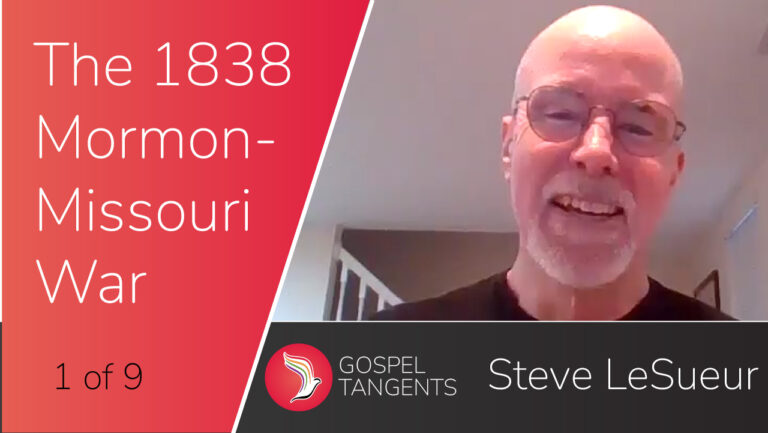