Joseph Smith spent about six months in Liberty Jail following the Mormon-Missouri War of 1838. Historian Steve LeSueur talks more about the court hearings, and Joseph’s escape from jail, (or was he let go by the sheriff?) 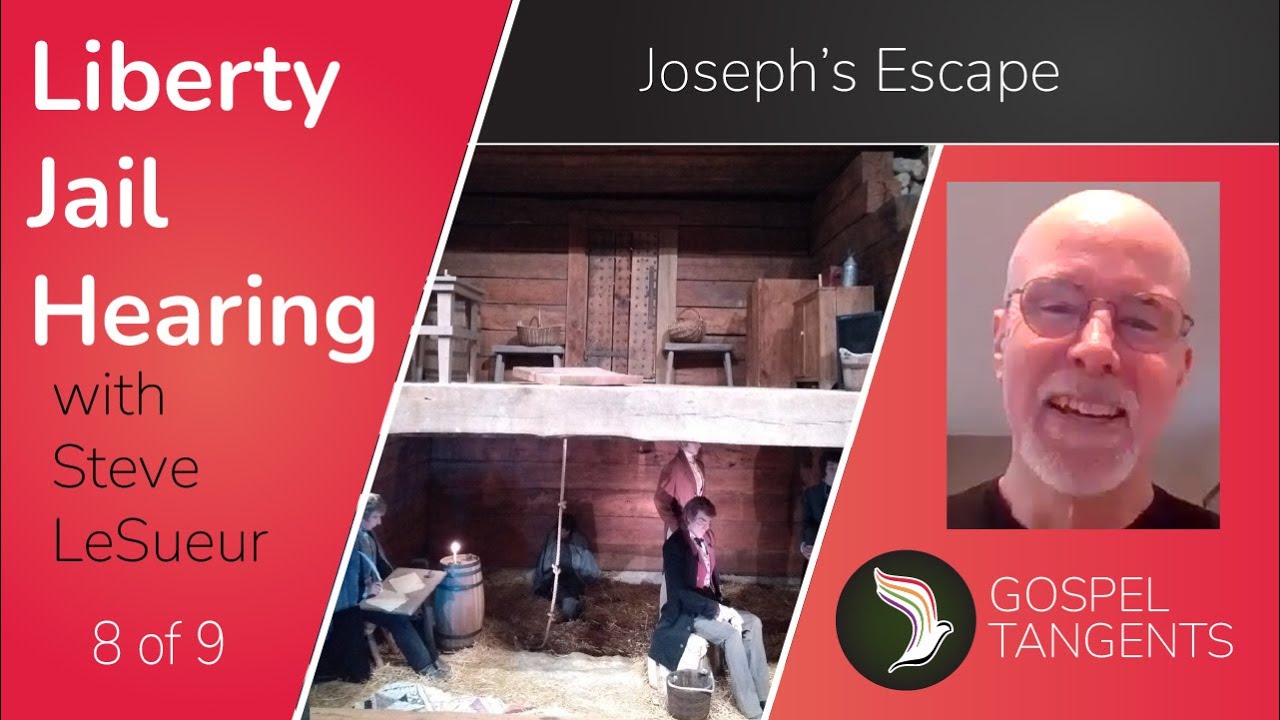 Steve:  Yes, and it appears that he was let go by the sheriff. So, he’s in jail.  At the Richmond preliminary hearing, he and about 63 Mormons, I think it is, were tried for various crimes allegedly committed during the war.  Here, again, is an example of, well, in a conflict like this: there’s winners and losers. Whoever wins puts the losers on trial for the crimes that were committed.  In this case, the Mormons lost, so they were put on [trial.]  It was thought [that] they were the aggressors. They’re put on trial and Joseph and some others are put in jail for treason.

Steve:  Now, let me mention here, that the Richmond court of inquiry occurred after Lucas finally surrenders the prisoners. He doesn’t kill them. Boggs is adamant that, “Hey, turn them over to the civil authorities if they committed crimes.” So, it’s called the Richmond court of inquiry. For much of our Mormon history, we have derided this as a mock trial, a mock hearing, where the Mormons weren’t allowed to bring defense witnesses, and the people who testified, all lied, either on purpose, or they were Missourians who lied or dissenters who lied because they were bitter, or Mormons who were forced at the point of bayonet to lie. What they lied about was that there was burning and plundering etc. This was a mock trial.

Steve:  Well, this was not a trial. It was a preliminary hearing. The purpose of a preliminary hearing is just to see if there’s probable cause to believe that the defendants may have committed the crimes. And if so, then you bind them over for an actual trial. So, that’s all this was. So, there was plenty of evidence, people testifying that, “Yes, I saw Joseph do this. Yes, I saw Joseph do that, ” or “Yes, I saw this person at the Battle of Crooked River.” So, that was sufficient to say, okay for example, if you were at the Battle of Crooked River, one of the soldiers, then you were part of this group that murdered a state militiaman.

Steve:  Likewise, if you were at Gallatin while the town was being burned and plundered, or I saw you there, that’s enough. The Mormons’ defense, if they were to mount a defense, would have been something to the effect of, “Yes, I was there. I was protecting myself. Yes, I did this. It was because I was being attacked.” Or “We thought we were going to be attacked.”  So, these are legitimate defenses. But, you don’t put on that defense at a preliminary hearing. Because, in fact, if you were to say that at a preliminary hearing, the judge would say, “Okay, so you were there and you did shoot,” or, “you did do,” whatever. That’s up for a jury to figure out whether you were justified or not? The Mormons did actually bring seven people who testified, and they testified to very specific things like, “No, he didn’t have a clock,” or “I heard Sampson Avard say he would lie.”

Steve:  They [the ones charged with treason] were not allowed to post bail. And those who were involved in the Crooked River Battle, were not allowed to post bail, because there was a murder involved. So, that’s why Joseph was in Liberty Jail, was because of the testimony of him saying that he was prepared to march against the state. He didn’t care if state troops all came against him, that all the militia was a mob, etc. This was interpreted as possible treason. So, he goes to Liberty Jail, then he and his fellow prisoners are taken up to Gallatin for a trial, a grand jury hearing, essentially, again, more just like a preliminary hearing, and they get a change of venue to a different county. So, it was while they were being transferred that the sheriff in Daviess, apparently, let them go. There’s some testimony, people said that oh, yeah, they saw that sheriff later in Nauvoo collecting his bribe. So, some people have argued that the whole state was in on letting him go. They just wanted to let Joseph go, because they saw that they really messed up and just wanted to be done with the Mormons. Whether that’s true or not, I don’t know. Because, when the sheriff came back to Gallatin, he apparently was ridden out of town, tarred and feathered and ridden out of town on a rail, because they didn’t like the fact that he let Joseph get away. Then, later, Missouri did try and extradite Joseph and Lyman Wight and some others.

GT:  So you think the sheriff went against the state government, in letting Joseph go?

Steve:  I don’t know. I haven’t found any evidence that anybody in the state said, “Yeah, let him go.” It’s been more of our surmise that they probably were glad to be rid of him, and [were not] sorry, because it made the state look bad. I think that’s a legitimate interpretation, though, I could also just interpret it as, this guy [decided on his own to] let him go, and as far as the state was concerned, it wasn’t worth the trouble to try and go get him, and for those reasons. It just makes us [the state of Missouri] look bad. 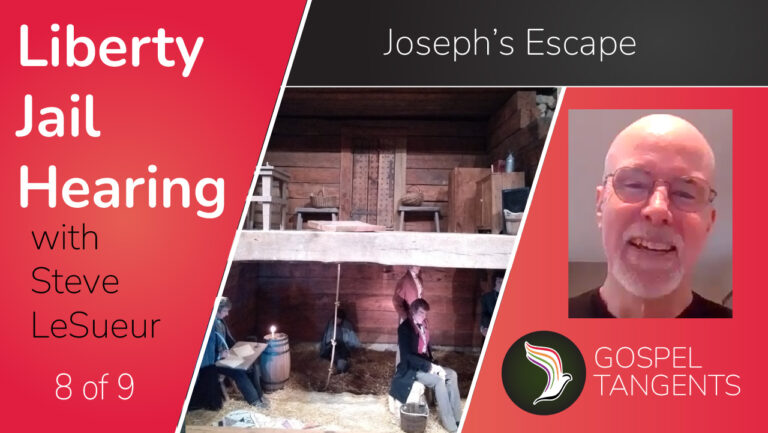