PrevPrevious EpisodeMapping Mormon History in Missouri (Part 1 of 9)
Next ExpisodeVigilantes & Danites? (Part 3 of 9)Next

After Joseph Smith declared that the New Jerusalem would be built in Jackson County, Missouri, the saints were kicked out of the county. How much of a role did that play in later hostilities? Historian Steve LeSueur says that things were relatively peaceful between 1834-1838, in large part due to the perceived Caldwell County compromise.  But did Mormons really agree to it? 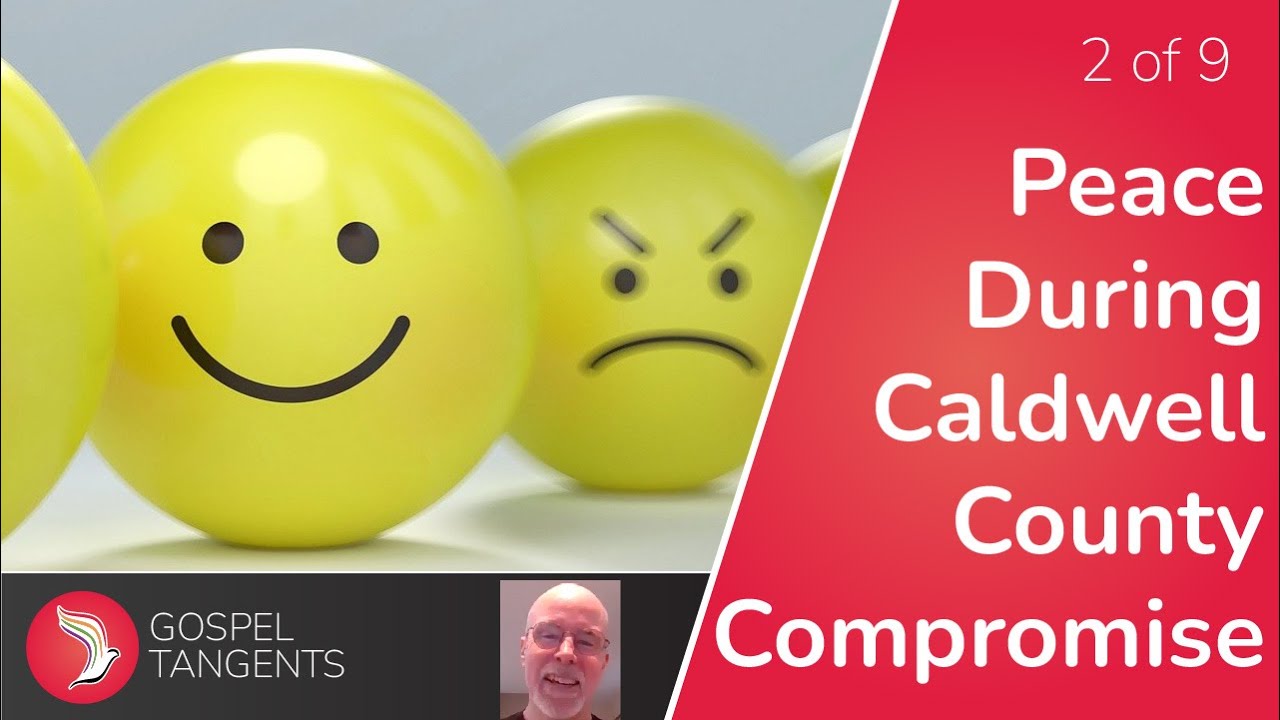 GT:  The one thing I noticed about your book is you focus a lot on–what, about 1836-1838 onward? You kind of briefly mentioned what happened in 1832 in Jackson County, Missouri. I kind of think that played a big part in the Mormon reactions, especially in 1838. Do you want to give us a little bit of background on 1832, first, and then we’ll dive in?

Steve:  Well, okay.  I guess, I’ll just say, briefly, that the Mormons identified Jackson County, Missouri as their place of gathering to create Zion, as in the upcoming last days.  After a time, the Jackson County citizens decided, “No, we don’t want the Mormons here and drove them out.” The Mormons did nothing wrong. They tried to obey what the local authorities wanted them to do. One of them, which was, “Alright, both sides, let’s give up your guns.”  The Mormons did and the anti-Mormon vigilantes did not, and they got driven out of Jackson County.

Steve: So, the crux of the conflict, the sticking point for Missourians, was their belief that the Mormons, in the creation of Caldwell County, the Mormons had agreed only to settle there.

GT:  Okay. So, if Caldwell County had been larger, would there have been an issue? Do you think the Mormons would have agreed to stay within that larger County?

Steve: That’s a good question. I don’t know. All of this is somewhat vague or ambiguous, this idea of this agreement, because first of all, I found nothing, no mention of an agreement in any Mormon source whatsoever.

Steve:  Yes, and I would say yes, though, it was, again, vague in that.  At the time, the Mormons were negotiating for Caldwell and that would have included what became Daviess County. Mormons were soon settling in Daviess County. This is John Butler, and later, Lyman Wight.  They went up there and the Daviess County citizens, some of them did immediately protest and say, “We don’t want Mormons here. You should leave.” The Mormons didn’t leave. Eventually, it died down. Mormons kept coming and they became integrated, somewhat, into Daviess County. That is, the local store owner in Gallatin, a man named Jacob Stollings, sold them goods on credit, and they got help with their crops.  They became great friends with this guy, Josiah Moran, who became a state senator from there.  He helped them on a number of occasions.  So, they sort of became integrated, and the furor whatever it had been died down. So, they were fine there. My interpretation, or my belief, is that as long as the Mormons largely confined themselves to Caldwell, and they were just sort of scattering in other places, the Missourians seemed to be fine. It was when large-scale settlements started moving into places that the Missourians got nervous. So, that’s why–is it this reservation? They could only settle there, nowhere else?  Sort of, but you know…

GT:  But, if they kept their numbers small Missourians wouldn’t have said anything. But it was when they started getting big in other counties, that’s when Missourians started to protest.

Steve:  Yes. In my book, what I tried to focus on was here we had in the end of 1836, the county is created. For almost a year and a half, 1837 and into 1838, there’s pretty friendly relations between the Mormons and their neighbors. It seems like this compromise of creating Caldwell has solved the problem. The Mormons, you have your own county, and so they there was friendly relations. Just about everybody agrees on that. But the friendly relations sort of rested on this idea that the Mormons will keep themselves, at least largely, to Caldwell County.

GT:  I mean, isn’t that a constitutional? I know the Constitution wasn’t viewed the same way as it is today. But wouldn’t that be a constitutional violation of Mormons rights, that they have to stay in one county, and they can’t expand into other places?

GT:  But, of course, the Missourians didn’t really care about that. They were like, “We gave you this place. Stay there.”

Steve:  Yeah, again, it was a compromise. It was an imperfect one, which is how compromises are. But the idea was, yeah, that this will, hopefully solve the problem. It did, until in March of 1838. Joseph Smith and Sidney Rigdon come from Kirtland. They’re sort of driven from Kirtland.

GT:  Well, it’s interesting to me. So, you’re saying that from what? 1834 to March of 1838, was a relatively peaceful time in Missouri. Is that correct?

Steve:  I’d say, 1834 to 1836, we often call that the Clay County period. But it was relatively peaceful there until, again, the Mormons started growing in large numbers, and Joseph and the Mormons were going to make another military expedition, and then the Clay County citizens got annoyed and afraid. But, essentially, after Clay County was created…

Steve:  Yes, Caldwell County, I’m sorry. It was relatively peaceful. I can say that the Missourians, some of them, helped the Mormons with their crops, sold them goods on credit. It was good business, of course, but any case…

Missourians believed the Caldwell County compromise limited Mormons to one county. But did Mormon really agree to that? Is it constitutional? Check out our conversation….

PrevPrevious EpisodeMapping Mormon History in Missouri (Part 1 of 9)
Next ExpisodeVigilantes & Danites? (Part 3 of 9)Next 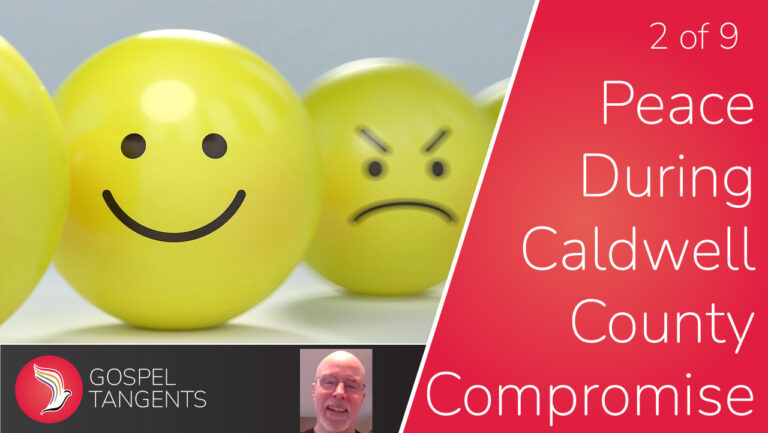