PrevPrevious EpisodeWhen Did Missourians Worry about Danites? (Part 4 of 9)
Next ExpisodeBattle of Crooked River/Extermination Order (Part 6 of 9)Next

Was Joseph Responsible for Danites? (Part 5 of 9)

Many faithful LDS scholars have tried to distance Joseph Smith from the Danite raids that took place in Missouri. But how responsible was Joseph for Danite actions in Missouri?  Historian Steve LeSueur answers. 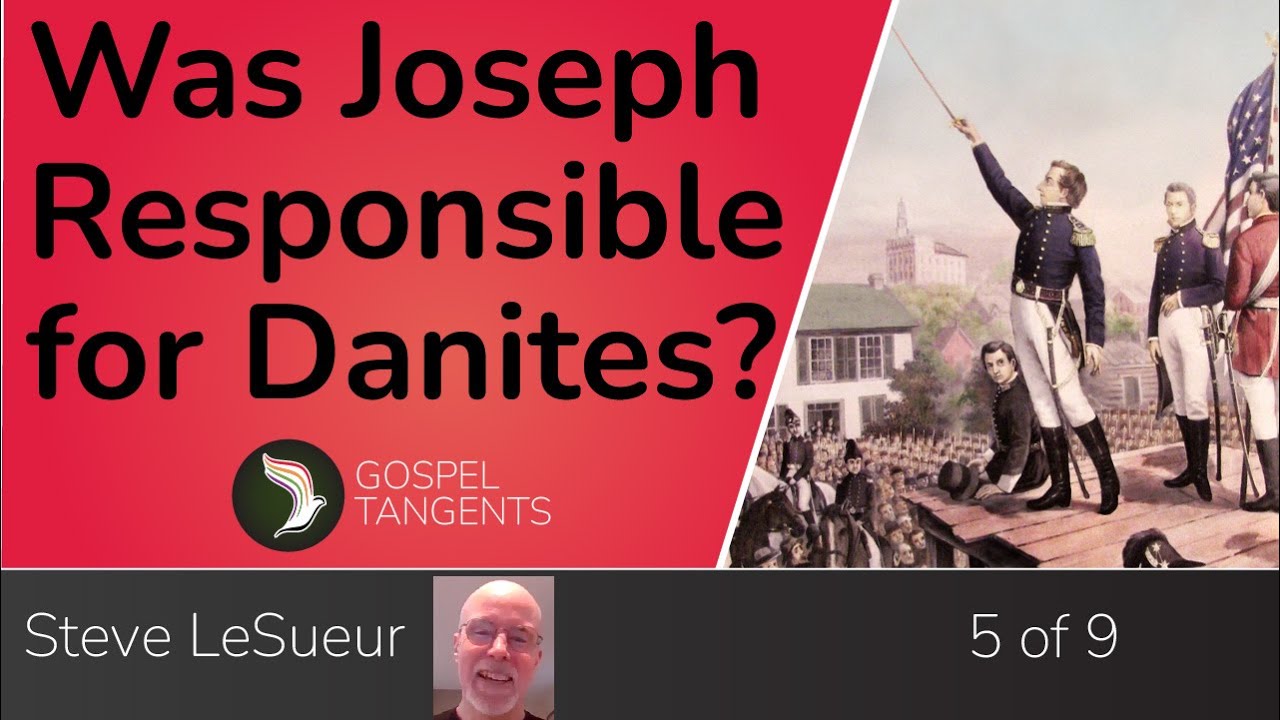 Was Joseph Responsible for Danites?

GT:  Tell us what you think about Joseph Smith’s involvement with the Danites was?

Steve:  Well, one of the questions is, to what extent might he have been directing them or telling them what to do, or creating their the rules and laws? We don’t know.  We don’t have any evidence that he was directly in those meetings telling him to do this or that. We just know that the things they did, he endorsed or approved of, and didn’t seem to take issue with.  Except, there was one thing that some historians, now–I know, Alex has pointed out, and another historian by the name of Neymar. I can’t remember his first name. He has written about Avard and the Danites.

Steve:  They have pointed this out, which is, that after the Gallatin Election Battle, the Danites organized in Far West and rode to Adam-ondi-Ahman, because they had heard that two Mormons had been killed and the Missourians wouldn’t let them be buried. So, they rode up thinking there were problems. Joseph rode with them. Now, several accounts say Joseph was the leader of this group, that he led them up. He was, obviously, with them. If you know Joseph Smith, some people [say,] “Well, he was just along for the ride.” Well, Joseph is never just along for the ride. I mean, Joseph is the leader of the Mormons, but they organized under the Danite generals, they rode up there to Adam-ondi-Ahman and they discovered that nobody had been killed. But there had been this brawl, and so they decided they would go visit Adam Black, who was one of the newly elected justices. They’d heard that he had been opposed to the Mormons, and they wanted to make sure that he would enforce the law and not be prejudiced against the Mormons.

Steve:  So, they sent a group of Danite leaders to visit him, and they wanted him to sign a statement, saying that he would rule fairly in Daviess County.  He was outraged, saying, “You have no right to come in and threaten me to do this.  I’m a justice, I’ll be fair, but, this is outrageous.” They couldn’t get him to sign, despite threats from Avard and perhaps the others as well.

Steve:  So, they left, and then they came back with Joseph and about 100 other Mormons. They surrounded the house, though Joseph said they were just there to water their horses, that Adam Black, apparently, had better water on his property than they had in the Grand River and around Adam-ondi-Ahman, at least that’s what they said. So, a whole company of Mormons now surrounds Black’s house, and he still won’t sign the paper. So, they say, “Well, would you like to talk to Joseph Smith?”

So, Joseph comes into the house, and Joseph is very nice. He said, “Well, listen. We’ve had trouble with mobbers, people. My people are upset. They would really like it if you’d sign this document. It would just make them feel a lot better.”

Black was still pretty mad, and, apparently, he said, “Well, this guy, here, Avard, he’s threatening to kill me or cut my throat or something.” And Black asks Joseph, “Is that what you’re like?”

Joseph says, “No, no, no. I don’t agree to any kind of that rough stuff. That’s not my nature.  We’d really like you to sign this statement that we have.” Finally, Black says, “Well, I’ll write one of my own.” So, he writes his own statement to the effect of, “I, Adam Black, will not form a mob,” or come against them.” I can’t remember exactly what he said. But he signed his own statement, and everybody left. So, that was that. Then, after that, the Daviess County Missourians, including Adam Black, went to Richmond and filed statements that the Mormons were threatening. That contributed to the animosity against the Mormons.

Steve:  Now, back to your question: who’s to blame? You were asking me earlier who was to blame? Well, the Missourians are to blame, for wanting the Mormons to leave, but incidents like this didn’t help. But now I’m answering your question regarding Joseph Smith’s, leadership and the Danites. So, he’s up there. He was up there with the Danites, but he tells Black, “I’m not going to threaten you. I’m not like him [Avard].”  Then, after this, we don’t know when, but sometime after this, Avard is no longer a general in the Danites. He has been, it appears, demoted, and he’s now just a surgeon. He’s been demoted.

GT:  The doctors killed more people than they saved sometimes.

Steve:  So, in any case now, some historians Alex Baugh, and this other historian, they’ve interpreted this as, Joseph didn’t like Avard’s demeanor.  Joseph wasn’t out to threaten people, and so that’s why Avard was demoted. So, it’s said that Joseph had him demoted. So, the question is, who is the leader of the Danites? Is it Avard or is it Joseph? Who demoted Avard?

Steve:  No, it wasn’t. Joseph isn’t in these meetings directing every little thing, but it is to Joseph the Danites look for leadership and it’s to him they’re swearing allegiance. If one of them crosses him, then he’s demoted. Earlier, the original leader of the Danites, Jared Carter, he was demoted for criticizing something Sidney Rigdon said. [1]So, again, if the Danites are in charge of themselves, why is Joseph stepping in to demote people? In any case, that is why, in this very indirect way, I say, essentially, Joseph’s in charge in Missouri. He’s not a member of the state militia, but, when the Mormons call out their militia, and especially at the end of the conflict, it’s Joseph they look to. It’s Joseph who calls them out. It’s Joseph they look to for leadership.

[1] Steve misspoke. It was Jared Carter, not Gideon, who was an early Danite leader. 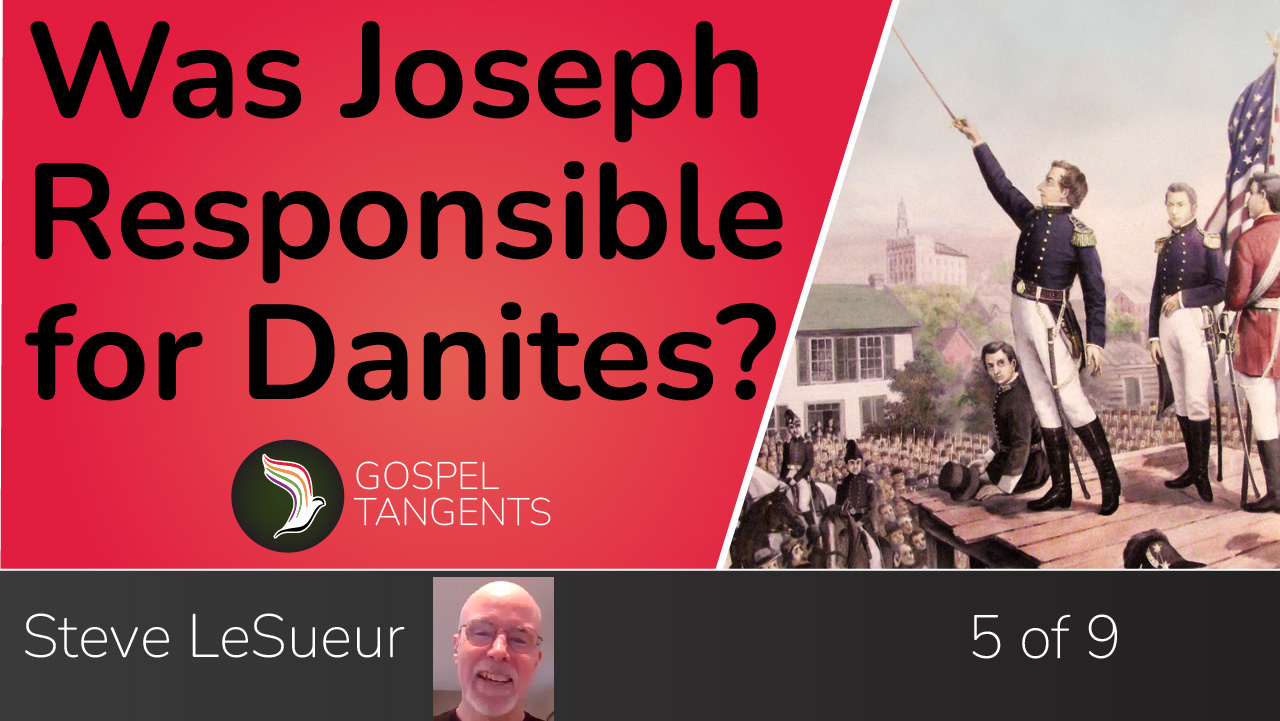 PrevPrevious EpisodeWhen Did Missourians Worry about Danites? (Part 4 of 9)
Next ExpisodeBattle of Crooked River/Extermination Order (Part 6 of 9)Next 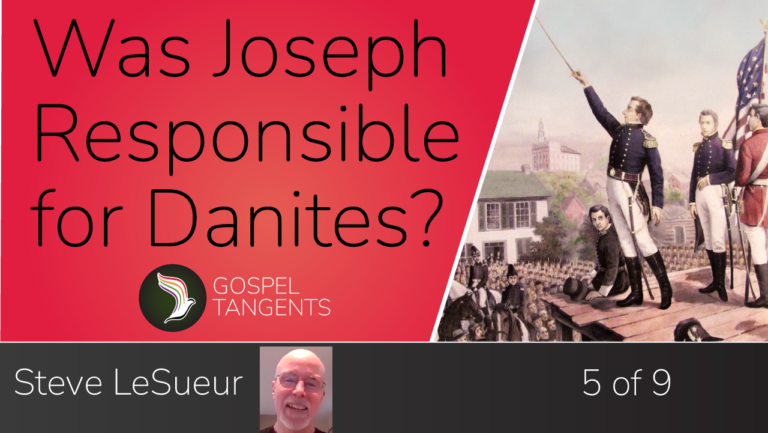