The Act in Relation to Service legalized slavery in Utah in 1852.  Dr. Sally Gordon tells more about how the statute affected both Indian & black slavery in Utah. 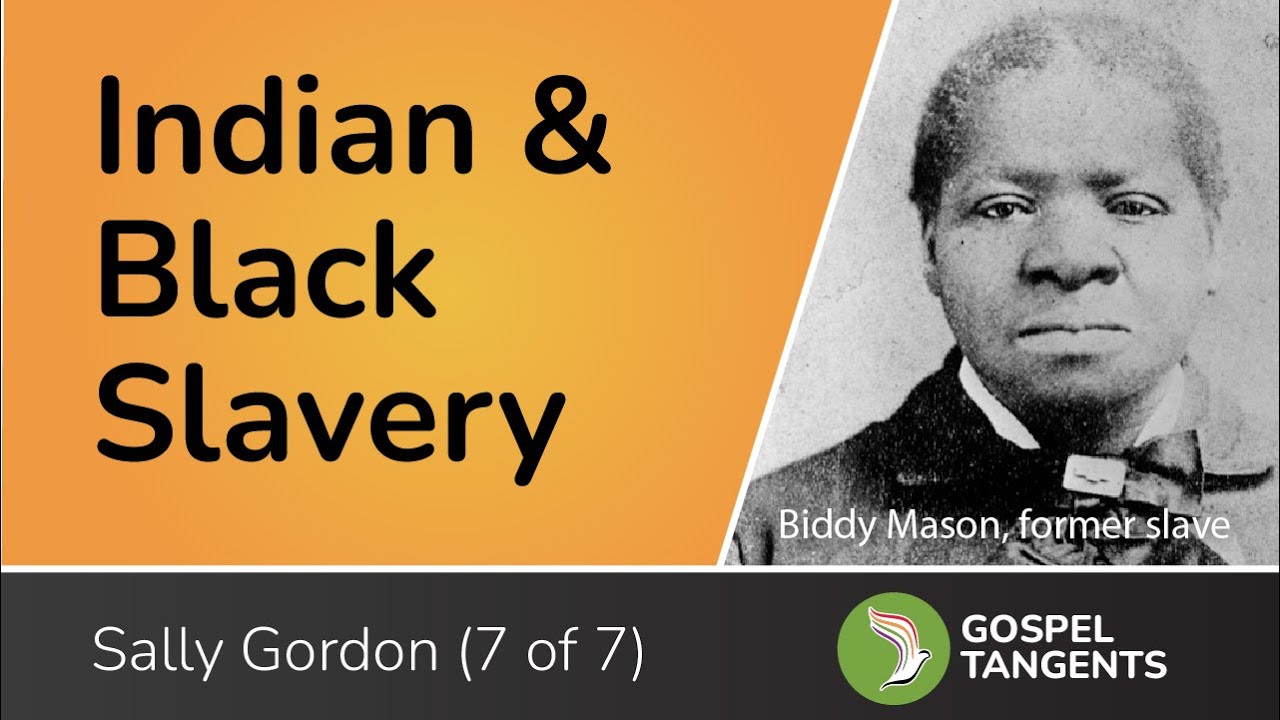 Sally:  There are many different kinds of slavery. Native slavery was widely practiced here in Utah, across the West, and had been practiced back east. I mean, really. It had been true slavery. The idea that slavery was just African, it was a much later idea. It really is true that slavery became a much more profitable enterprise than indentured servitude, for example. But, the idea that it would be perpetual and inherited slavery was controversial in the colonies. So, I want us to understand that bound labor exists across a spectrum. When a native child was sold, and forcibly removed from their family, and held to labor, until age 18, or whatever it was–even when they were directed to be given shoes, and I don’t know, education of some rudimentary sort. When most of them died before they reached the age of 18, that’s a form of bound labor. That’s not freedom. Is it the same thing as chattel slavery, protected by King George III? No. It fits much more closely into the practice of native slavery.

Sally:  There’s a very well-known book called, The Other Slavery by Andres Resendez, who teaches at UC Davis, I think. He argues that about 5 million natives, if I have it right, were enslaved by Europeans, during the period of colonization, which is a long period. So, saying that there’s two kinds of slavery just says what we all know already. There’s lots of different slaveries. Many natives were held with African slaves for long periods. So, it’s not clear to me that people who bought native children didn’t also have black slaves. It seems like they may well have. I was talking to a scholar of slavery and said, “Well, imagine. Just imagine that someone calls this adoption and says that this is someone brought into the family and taught a faith, and that, yes, they’re required to work, but so is the whole family, and life isn’t easy for them. These are people who’ve been made orphans and are not allowed to even speak their own language.” I mean, it’s a rough, rough position for a kid. But, the people who are doing the adopting, say, “Well, they were going to get killed otherwise.” If you study how the slave trade worked in Utah, and across the Southwest, the slave trade went up, when the Mormons arrived.  When Europeans arrived, it went up.

Sally:  So, it’s hard to say that this was just helping kids. Paiutes were really easy to kill. They were very peaceful people. The slave traders were vicious. It’s true that some Latter-day Saints sold kids, too. So, I want to be fair, I really do. I want to say, even with African slaves, the Latter-day Saints cared about family. That’s what they do. They cared about family. Yes, there’s some idea of adoption here. But, I promise you back east, they were doing the same thing. It’s not like the Mormons made it up. Andrew Jackson adopted a little native boy, took him from his mother’s dead arms. Well, Andrew Jackson engineered the war that killed the woman. I think we need to know a lot more. We can’t just look at the situation in Utah, and say we understand the system, because all of this is about people moving, people on the move. People who had seen native slaves back east, people who had seen slaves in Illinois and copied the statute. In Utah, everybody knew that there were lots of slaves in Illinois, even though Illinois claimed to be a free state. So, I just want us to place, yet again, to think about the Latter-day Saints as part of the United States. They moved, too, as did many others. So, I think separating this out and thinking of it just as a Mormon issue is unfair to the people who were held and unfair to the Latter-day Saints.

Did you know Utah legalized slavery?  Were you aware of the Native American slaves in Utah? Sign up for our free newsletter at https://gospeltangents.com/newsletter to check out our conversation…. 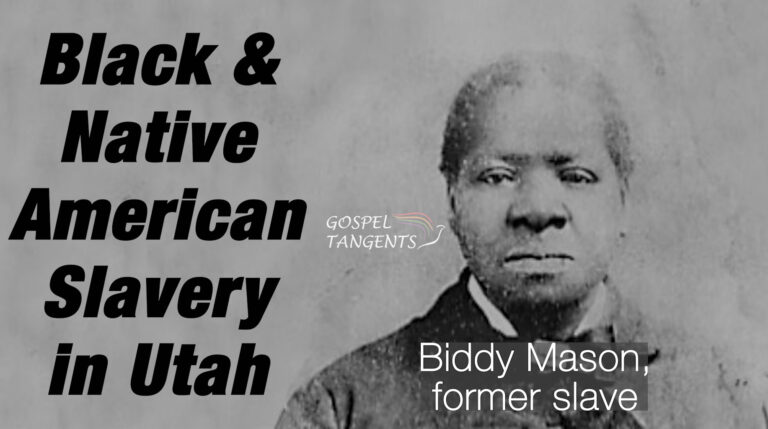