In 1962, the Supreme Court banned school prayer.  It was a controversial decision to be sure, but Dr. Sally Gordon says that opinion paved the way for religious studies programs at state universities. 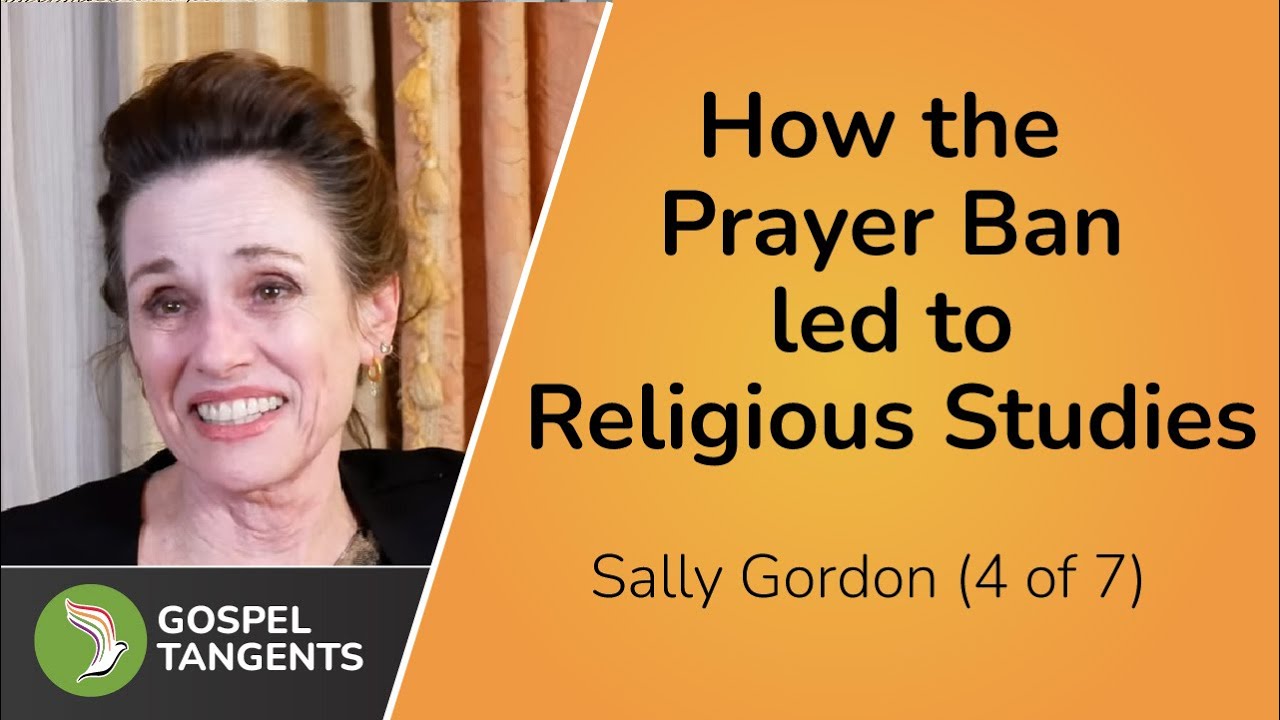 Sally:  Of course, and I love talking about this stuff. In 1962, the Supreme Court of the United States held that a very short and, honestly, vapid prayer that had been composed by a committee commissioned by the New York Board of Regents, the public school directors, to open the school day, a very short prayer that called upon God to protect our country, our teachers, and may we learn well. I mean, it really was nothing. That’s not the exact language, but you get the sense. It was short. It was nondenominational, and it was challenged. It was controversial. Many school districts refused to do it. Rochester, for example, said we’re way too diverse. We’re not going to do that. But, in a town in Long Island, a family challenged. It was called the Regents’ Prayer. It went all the way to the Supreme Court of the United States. The Supreme Court said [that] governments have no business writing prayers. “No, this cannot stand.”  This was a very, very unpopular decision. Eighty percent of Americans disagreed. Dwight Eisenhower disagreed. For the first time, Catholics disagreed. They had brought most of the anti-school prayer cases before that, because the prayers were Protestant. In this one, it was a Jewish rabbi, a Catholic priest and a Protestant minister who sat down. It was prayer by committee. Can you imagine anything less meaningful? Anyway, it was a very unpopular decision. A year later, from right outside Philadelphia, a school district called  Abington School District was challenged by the family of a guy named Ellery Shempp, a very unusual last name.

GT:  One of the Three Stooges. Wasn’t that his name, Shempp?

Sally:  Anyway, the case got to the Supreme Court. Court watchers, as we’re called, around the country, predicted that the court might well walk back the decision because it had been so very unpopular. Instead, they doubled down. This case involved the recitation of the Lord’s Prayer, not composed by a state and/or Bible readings, a few verses over the P.A. system at the beginning of the day. The Supreme Court said, “No, you can’t do that. You cannot teach students how to be religious. You can’t teach religion.”

Sally:. There was a 90-page concurrence by Justice William Brennan, a liberal Catholic, who said, “You can’t teach religion, but you can teach about religion. So much of our history, our art, our music, our culture, is deeply informed by religion. Study that. Just don’t make people pray.”  Because you will never get universal agreement on prayer or on the Bible, right? Think of it. Douay-Rheims versus King James. Would the Book of Mormon count, right? So, you can imagine how complicated that gets. Brennan’s words were taken very seriously by a group called the National Association of Biblical Instructors who taught college. So, this second case was decided in 1963, Abington School District against Shempp.  In 1964, they changed their name to the American Academy of Religion. And to this day, religious studies scholars say, “We teach about religion.” They brag about how they never endorse or condemn any religion. They are students of religion. They don’t teach you how to practice. They study you, when you practice. Around the country, a new field was born: Religious Studies, the study, not the practice. Public universities began to create religious studies departments–the U [University of Utah,] right up the hill from us here. The U put in a religious studies department, and it’s very good.

GT:  Why doesn’t BYU have one?

Are you as excited as I am about religious studies, especially Mormon Studies departments?  Why doesn’t BYU study Mormons? Check out our conversation… 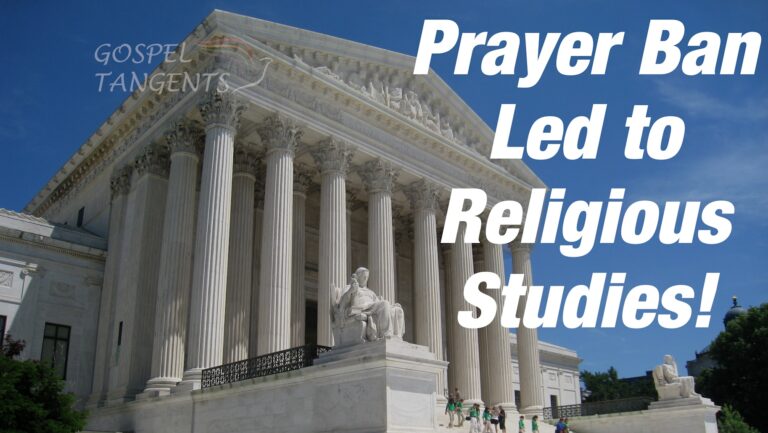