LDS/House of Aaron Relations (Part 2 of 5)

The House of Aaron is on the Utah-Nevada border.  LDS are practically everywhere.  How do they get along with their LDS neighbors?  Do they consider themselves a Restoration group?  Dr. John Conrad is chief high priest and will answer these questions. 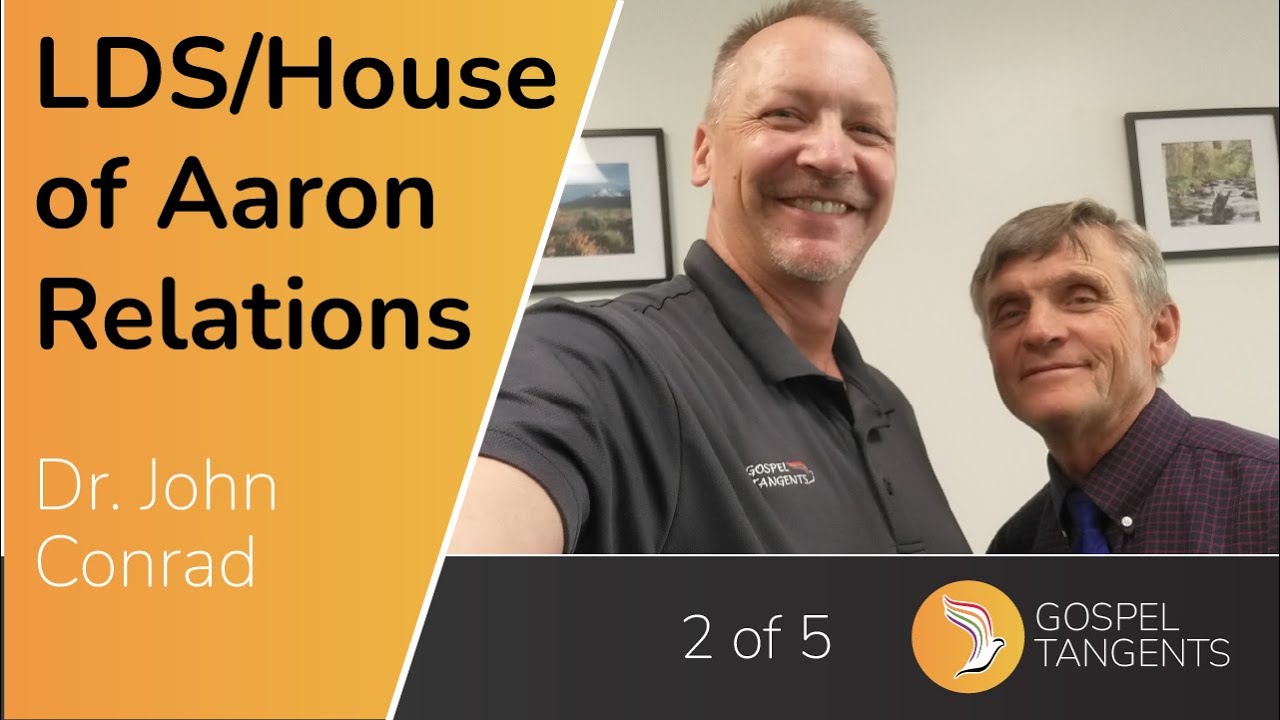 GT:  All right. So, you wouldn’t really consider this like a breakoff or a Restoration movement church?

John:  That’s a great question, because for years, Mormon scholars have seen us as a break off because so many of us–oh, my dad. My dad was fairly high up in the Mormon Church.  He went on a mission. I mean, and a lot of our early pioneers in the movement were LDS. You could never say that the LDS don’t have an impact on us, and that a huge number of us didn’t come from the LDS. What’s more, to this day, we’re a little different in that we’re quite friendly and open to the LDS, even though there are some things we would disagree, perhaps. We certainly, you know, the traditional Christian view that the Mormons aren’t Christians, they’re going to hell. I get material that says that no matter how much good they do, how wonderful they are with their families, they pay their tithings, and they love their–they’re still going to hell. I find it appalling, unscriptural. Anyway, we’re quite friendly. Then, let’s be honest. There are things we believe very similar.  I don’t know, because I’m not part of an LDS congregation at all, but, at least at some point, they believed strongly in a restoration of Israel.

John:  They saw themselves as Joseph/Ephraim, they saw themselves as part of those lost tribes coming back. If you read Joseph Smith’s early writings, if you read the Doctrine & Covenants, even the Book of Mormon, it alludes to that. That’s very much a belief we have that–the Bible talks a lot about restoring Judah and Ephraim, together. Us, the Mormons, and a few other people believe that. A lot don’t. The thing where we have great commonalities with the Mormons and other Christians is we believe Yeshua, or Jesus, is the Savior of mankind. He’s the Redeemer. He’s the one who purchased our freedom. He’s the Son of God.  We believe he rose from the dead. You read Paul, in I Corinthians 15, he says, “The things of first importance are that Christ died for our sins,” according to the Scripture. “He was buried, and he was raised on the third day,” according to the scripture. You look at those three things and I agree with a couple of billion people on the planet.

John talks more about interfaith relations.  Check out our conversation….