Last time we discussed the story of Abraham and Isaac, a troubling story in the Bible.  This time I’ll ask Dr. John Conrad about polygamy.  Do they practice polygamy in the House of Aaron?  I’ll also ask about his views on gay marriage and the LGBT community. 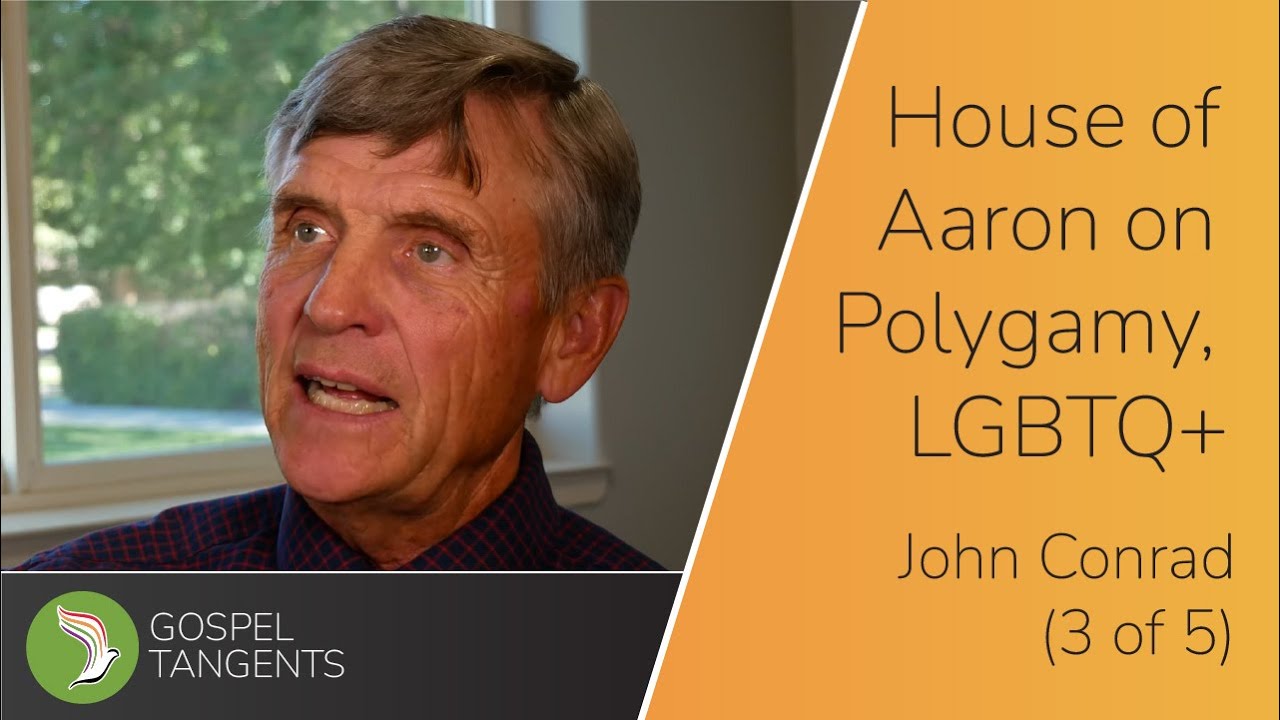 John:  Yeah, Mormonism is a puzzle to me on polygamy. The strongest scripture I’ve ever read against polygamy is in the Book of Mormon.

John:  Yeah, I read that. I thought, I agree with this. This works for me. It calls it an abomination.

GT:  That’s a Book of Mormon scripture you like.

John:  Oh, I witness to it. I think it’s true. I do not think all polygamists are abominations, because I know a lot of polygamists. I mean, living in this valley, you’ll bump into some fine people.  Polygamy is not good. It’s harmful to the husband-wife relationship. It’s very harmful to the children. Because, when you look at–one of the things that we’re promised, and in fact, a defining characteristic of Christianity and Judaism, that’s different from the rest of the world, is that you’re made in God’s image. That there’s something about you that reflects your parent. I mean, just like if you’ve got kids, I know I’ve got kids, you can see yourself in your kids. There’s a stamp. Well, God’s stamp is in us. One of the names of God is jealous. He didn’t want Israel chasing after other gods. What’s more, he got angry. I can’t believe that we could be in God’s image and share something that belongs in one relationship. Again, I’m not condemning all polygamists. I don’t think polygamy is his best. And I think in the New Covenant, you know, he comes back for one bride.

John:  Again, because I’ve been around polygamy, I’ve seen the pain. I mean, I knew a couple that had a really good marriage. They were polygamists. They had always agreed at some point that the husband would take another wife, and they came to that point, and he married another woman. The first wife was not prepared for the damage. It just–that marriage relationship is, it’s a pretty strong edifice that’s built around it. In fact, we all know, we’ve all seen what happens when people step out of it, and the hurt. So, I just, I believe that if we’re made in God’s image, and he doesn’t want to share his affection, I do not think that my wife should have to deal with trying–how to be at peace with me being with another woman.

I asked John about their views on LGBT as well.  Check out our conversation….