Raiders of the Lost Mormon Cave (Part 1 of 6)

Table of Contents: Raiders of the Lost Mormon Cave (Part 1 of 6)

We’re continuing our archaeological excavations of Joseph Smith Senior, this time in New York.  I’m excited to introduce KC Kern and Greg Pavone, a couple of accidental archaeologists.  We’ll find out how a Church history vacation turned into an archaeological expedition in search of the Mormon Cave! 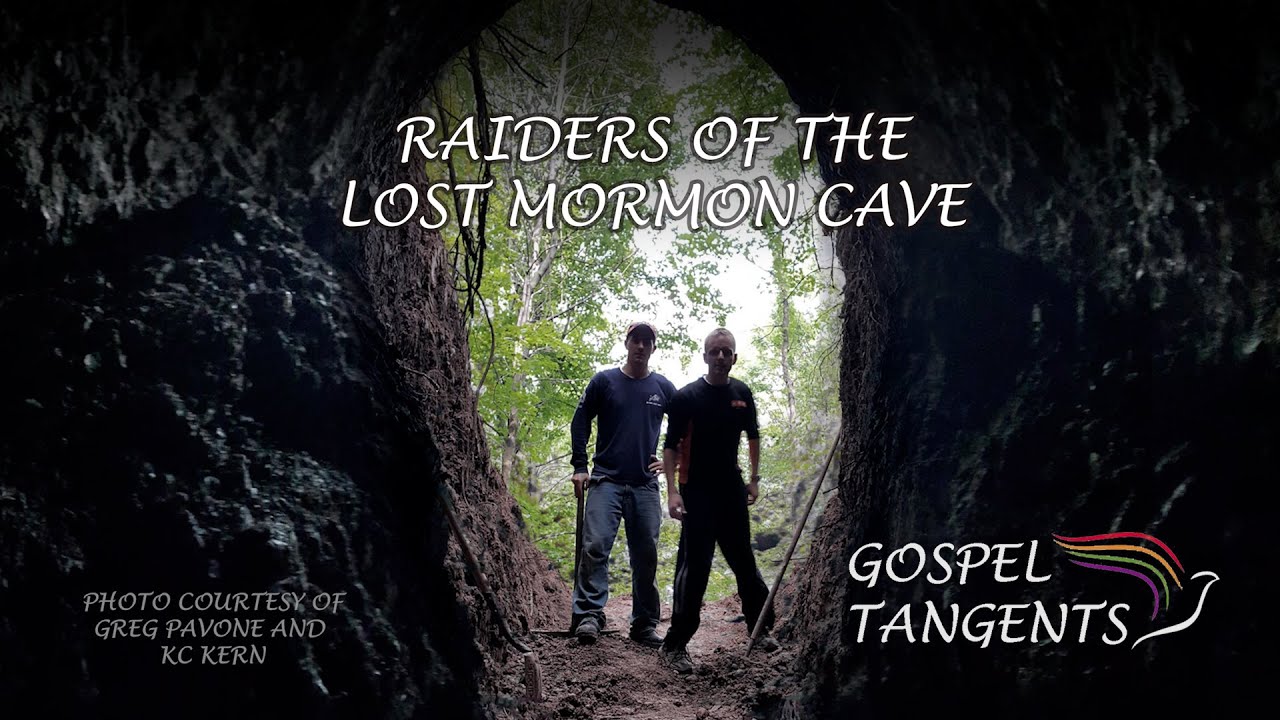 Greg:  Of course, that brought us to Palmyra, New York. In Palmyra, one of the authors that we were reading his material, was Dan Vogel. He had done a lot of research on Joseph Smith’s early dig sites. So, we started reading this and we were wondering, hmm, I wonder if we can find some of these some of these locations.

KC:  Yeah, this article, it was a Dialogue article, I think, from 1994. He actually had maps in it and stuff.  The land plots aren’t that big, relatively speaking, and so it was like, well, we can at least make an effort to try to see where this could have been.

Greg:  So, in addition to the main [places] like the Smith farm and the Sacred Grove and the temple, I think one day, we were just reading and saying, “Hey, this looks like it’s about here.” It was right behind where the current temple is, to a local house. We said, “Hey, we’re going to have to go. Let’s knock on the door.” Let’s knock on the door, essentially, and see if he’ll let us look around.

KC:  There was a description of a hill. In the article, it was called Old Sharp, so we’re just like, “Okay, we got to find Old Sharp Hill.” We could kind of see there was a temple, and there was a residential house and it looked like the hill was somewhere in between. We just [thought,] “Well, how do we get there?”  There didn’t seem to be an access road or anything, so we were just like, “Yeah, let’s just go ring the doorbell and see if we can get some directions.”

KC:  I should add that when we knocked on the door, he didn’t come to the door. He just yelled from the back and said, “Come in.” So, we just kind of start stepping into a stranger’s house.  We still couldn’t see his face. He was sitting in his chair with the newspaper and he kind of looked over it. We said, “Hey, we’re doing a little research.  We’re looking for this hill called Old Sharp.”  Then, he kind of looks up and he’s like, “Are you two Mormon?”

Then, he was quite a character. I said, “We’re looking for Old Sharp.”

He’s like, “I’ll tell you one thing, Joe Smith was digging back in those hills.”

Greg:  He actually ended up [being nice.] That hill we were on was Old Sharp, which is his property, and that Joseph Smith had dug on his property. He said, “I can prove it to you.”  We went out back and there were, indeed, impressions in the ground. Next to the impressions, there were large piles of dirt. He claimed those were dug by Joseph Smith.

If you missed our previous conversations with Dr. Mark Staker, don’t miss those discussions of his digging in Vermont.

537: Staker Weighs in on First Vision

535: Smith Farmers Were Spiritual, Not Religious