Between 2013-2015, the LDS Church published a series of essays dealing with sensitive topics in the LDS Church.  They are known as the Gospel Topics Essays.  Dr. Newell Bringhurst and Dr. Matt Harris have produced an anthology that will be released later this summer critiquing these Gospel Topics Essays.  In our final conversation, Dr. Newell Bringhurst will tell us more about the work that he’s been putting together on these essays.

We look at peace and violence along the Mormon frontier.  John Turner who did the biography on Brigham Young did the essay on that for us.  He is kind of a marquis figure.  He really did an outstanding job in looking at the whole issue of violence and how it involved the saints.  Although I think one of the strongest essays in there is Gary Bergera who presented at [Sunstone.]  He presented on Joseph Smith and his involvement with polygamy.  Of course, he has a much different spin on whether Joseph had sex with those other women.  {chuckles}

We’ll talk about the other authors as well!  Check out our conversation, and don’t forget to hear our other episodes on polygamy, blacks, and women in religion!  (A transcript of the entire interview will be available soon!) 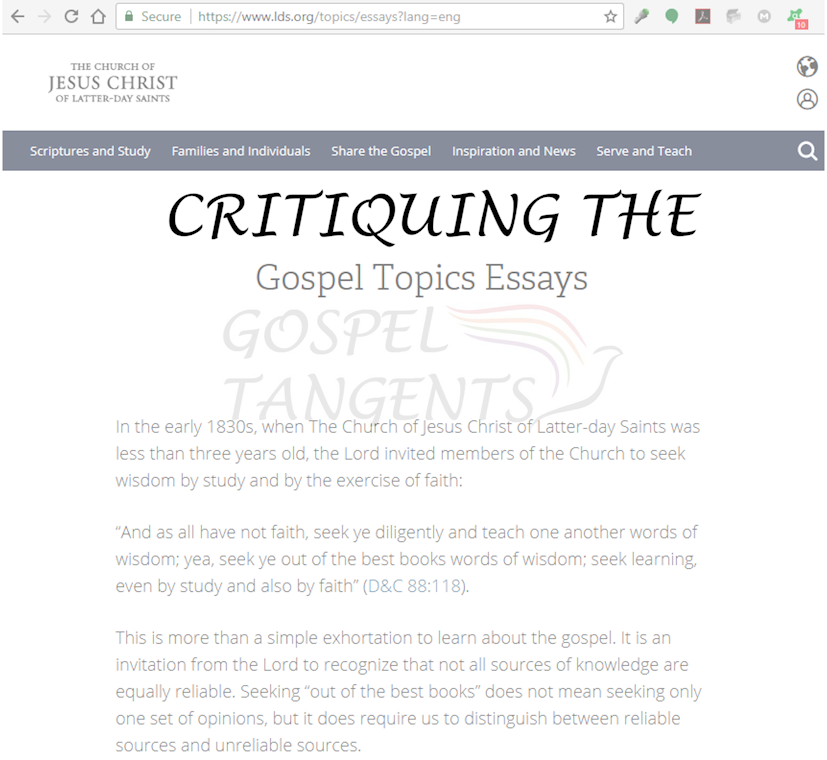