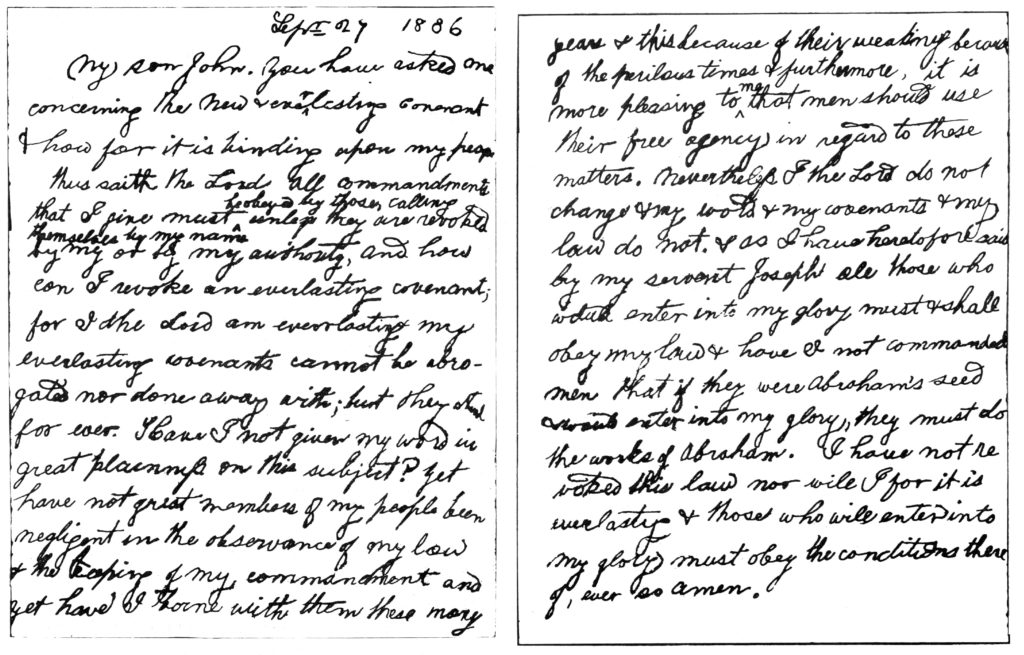 Is it true that President John Taylor had a revelation in 1886 proclaiming that polygamy is an eternal principle?  Polygamist Mormons think so.  In this episode, I’d like to introduce Anne Wilde.  She’s a fundamentalist polygamist herself, and is one of the biggest experts on modern-day polygamy that I know of.  I’m really excited to talk to her.  We’ll ask her about the split between the LDS Church and mainstream polygamists in this day.

I guess it kind of started then but when they issued the Manifesto in 1890,[1] that was a key part of the whole history.  1904 was the Second Manifesto, with Joseph F. Smith, that put a few more teeth in doing away with it.  Then of course in the 1930s, Heber J. Grant issued what we call the Third Manifesto.  That really put—that was kind of the final straw as far as polygamists were concerned because if they were found out to be living it then they were excommunicated from the church.

We’ll also ask her if she thinks the current LDS Church is in apostasy.

Check out our conversation!  Don’t forget to listen to our conversations with Brian Hales on Joseph Smith’s polygamy, or Jim Vun Cannon proclaiming Joseph was a monogamist!

[1] In 1890, church president Wilford Woodruff issued “The Manifesto” declaring that he advised Mormons not to contract in any more polygamous marriages.  This is canonized as Official Declaration 1 in the Doctrine and Covenants.  See https://www.lds.org/scriptures/dc-testament/od/1