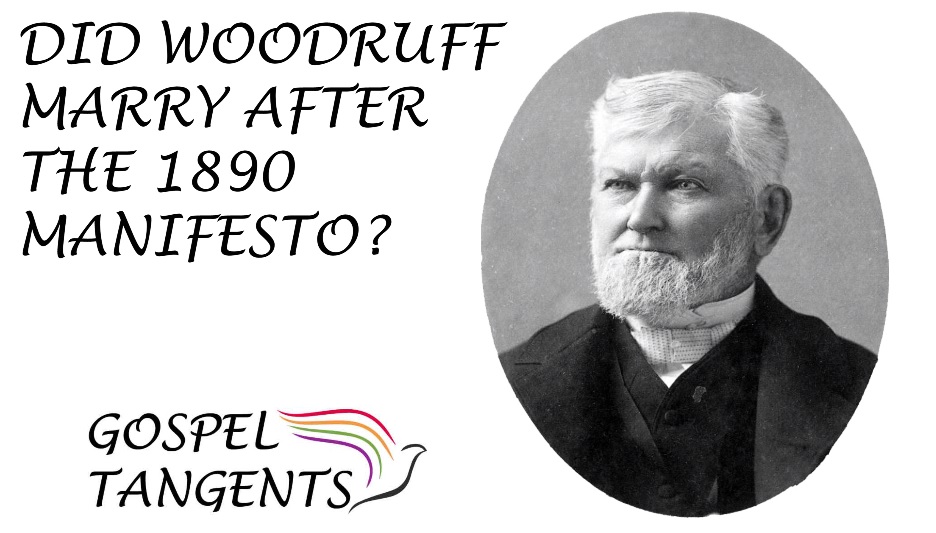 In 1890 Wilford Woodruff issued what’s known as the Manifesto, Official Declaration One in the Doctrine & Covenants, prohibiting polygamy. What many Mormons don’t know is that polygamy did not end in 1890.  This is often referred to as post-Manifesto polygamy.  Wilford Woodruff himself may have married another wife in 1897, a year after statehood in Utah.

GT:  Do you have any comments on whether you think that 1890 Manifesto was meant for public consumption, but privately we were still going to practice it, or how does that work?

Anne:  I don’t know what was in the back of Wilford Woodruff’s mind.  I don’t know, other than the fact that he took—as far as we know, there’s pretty good evidence that he took a plural wife seven years after the Manifesto, himself.  We also have very good evidence that many of the apostles, the Quorum of the Twelve, took additional wives after 1890.  That’s one reason why the 1904 Manifesto had to come out is to put teeth in it because so many people were very quietly taking additional wives, especially in Canada and Mexico.

We’re going to talk in this episode about post-Manifesto polygamy.  What are some of the things that led to the Second Manifesto in 1904?  Could it have something to do with newly elected senator Reed Smoot, an apostle?

GT:  It seems to me that there was also another big issue in the early 1900s that may have led to the Second Manifesto and that was the Reed Smoot hearings.

Anne:  They didn’t want to seat him, but he didn’t have more than one wife.

Anne Wilde, a polygamy expert will tell us why.  Check out the conversation…..   (Don’t forget to check out our previous episode on an uncanonized polygamy revelation in 1886!)