Skip to content
PrevPrevious EpisodeAllow Multiple Views, Even Non-Historical (Part 11 of 11)
Next ExpisodeWide Open Canon & Revelations (Part 2 of 4)Next

Spiritual PTSD/Offending Everyone (Part 1 of 4)

Table of Contents: Spiritual PTSD/Offending Everyone (Part 1 of 4)

I’m excited to introduce Kristine & David Ferriman from the Church of Jesus Christ in Christian Fellowship. It’s really kind of a unity movement, and they cater to those with “spiritual PTSD.”  We’ve going to learn more about their beliefs. I love this saying. They have beliefs that will offend everyone. You’ll definitely want to find out what that’s all about. They are very progressive, and in a lot of ways LGBT-friendly, feminist-friendly, and polygamy-friendly, including gay polygamy. We’ve had a lot of firsts on Gospel Tangents, and I’ve got two firsts on this show. This is the first time we’ve ever interviewed a prophetess on Gospel Tangents, as well as our first internet Mormon Church. 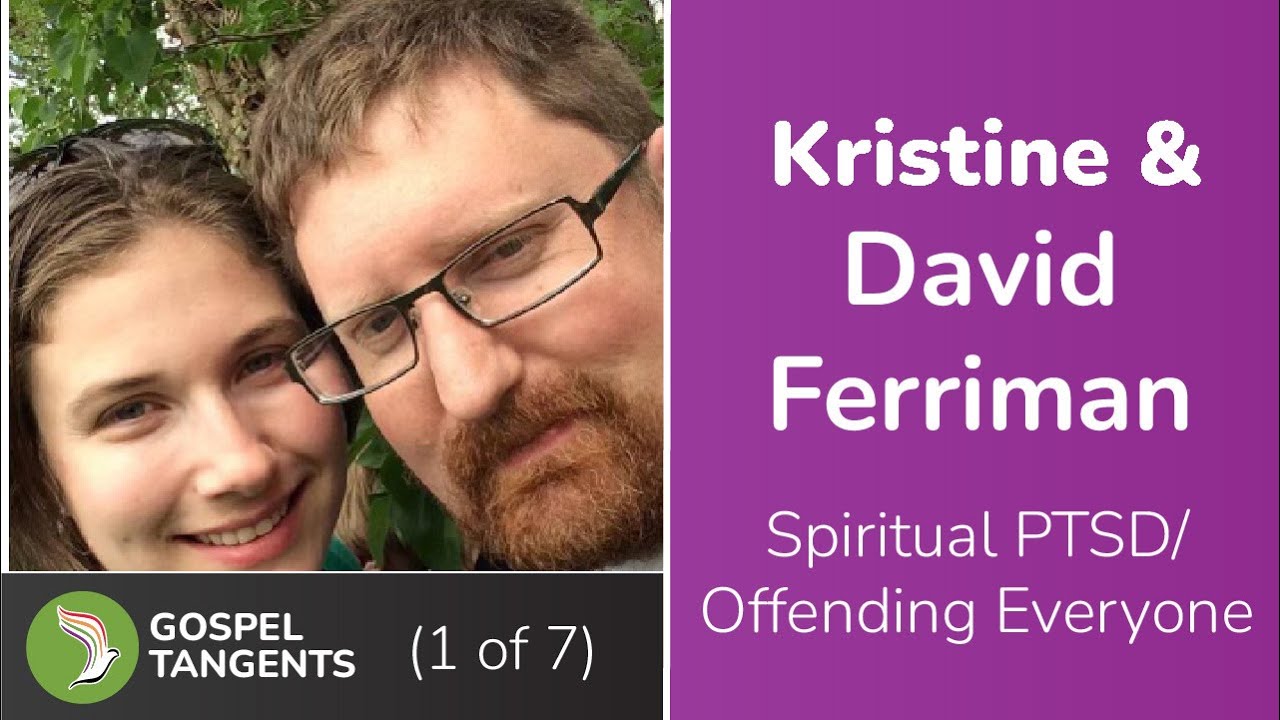 David:  My name is David Ferriman. This is my wife, Kristine. We are both the co-presidents with another person, actually, to make the First Presidency of the Church of Jesus Christ in Christian Fellowship, which is a mouthful. So, we generally call it the Fellowship of Christ or just The Fellowship. I’m not really sure what all you want to know. We’re an online movement, more than a church. During COVID, we did quite a bit of meetings for a variety of different people. But, recently, after all the churches opened back up, a lot of people went back to their home churches, and they still associate with us. But, being more of a movement, we don’t have a building at this point, if that makes sense.

Kristine:  Our mission is mostly centered around making sure that people know that God loves them, and that they have a place within Christianity and within Mormonism, regardless of their histories or their personal beliefs or lifestyles.

GT:  All right, so it’s an online church. I know a lot of ex-Mormons have said, “Why can’t we do church online?” But you’ve been doing it since the beginning, it sounds like, pretty much?

David:  Yes, and I will say my ministry, personally, is more about helping people through what I like to call spiritual PTSD, then trying to build a church. Does that make sense?

GT:  You kind of sound a little bit like Denver Snuffer.

GT:  Because he doesn’t want to have a church, either. But it’s a movement.  It sounds like you’re more of a movement than a building with four walls and a roof.

David:  The only reason why is because the people that come here already have a church. So, it’s not like we’re going to say, “Well, you can’t be a part of Community of Christ, or the Salt Lake City Church, or, the Strangites, or whatever. You’ve got to be a part of us now.”  So, with that they may come to, for example, we were doing the first, the new moon services as prescribed in the Old Testament. It was being led by a priest who is a fundamentalist Brighamite. Then, people speaking, or participating in it, one guy was a Strangite, another was from the RLDS branch of the faith, and so on and so forth. So, it’s hard to say, “Okay, well, we’re a church having a church meeting,” when these people already belong to other organizations.

GT:  So, these are all dual citizens, I guess.

David:  Yes, exactly. There are people who want us to start a church, but they’re like alone in Washington State and wherever else they are.

GT:  David, I spoke with you on the phone awhile back with Alan Broadus. One of the things that stuck to my memory was, “We have something that will offend everybody.”

David:  That’s what I like to say, “We have something that will offend everybody.”

GT:  Can you go into more detail on that?

David:  Well, yeah, sure. So, for example, we don’t believe that you have to be a polygamist to get into heaven, or to get to the highest degree of the Celestial kingdom. But, if you are a polygamous family, you’re welcome to worship with us. Then, also, you don’t have to be homosexual, but if you are, you’re welcome to worship with us. Those are two groups, generally, they don’t meet eye-to-eye, for various reasons. Most of the fundamentalists I meet say, “You know, it’s amazing. If you could just get rid of the gays, it’d be great.”  That’s not going to happen. So, it’s always like just this one thing that seems to bother people, and it’s like, Everything’s so great, except for that. I’m so offended by it. If you just cut whatever that is out.

GT:  So, it seems like you said you even supported gay polygamy. Is that right?

David:  So, basically, my whole thing is–I’m speaking both as myself, and also kind of telling you what one of the revelations I had said. But basically, the idea is that as long as you’re consenting adults, you prayed on it, and this isn’t–marriage isn’t between two people, or three people, or however many people. It’s between two people and the Lord, or three people and the Lord or five people and the Lord, or whatever it is. So, if you’re like Brigham Young and have 50 wives, God has to be a part of every single one of those relationships. Also, you have to make sure that everybody, you and each individual in that unity has to make sure that you’re all working together in some way. So, like I said, it’s not mandatory to get into heaven or anything. But, if that’s what the Lord calls you to do, who am I to tell you [that] you can’t listen to God? Does that make sense?

GT:  Yeah, so some people would call it a very progressive stance. I’m sure a lot of people, like you said, it will offend a lot of people. (Chuckling)

Find out more!  What do you think of David & Kristine’s movement?  Check out our conversation….

PrevPrevious EpisodeAllow Multiple Views, Even Non-Historical (Part 11 of 11)
Next ExpisodeWide Open Canon & Revelations (Part 2 of 4)Next