There have been lots of rumors on the internet that the reason the LDS Church got rid of the temple/priesthood ban was because they were going to lose their tax-exempt status.  Is that true?  Dr. Matt Harris from Colorado State-Pueblo will answer that question.  He will talk about both the Nixon and Carter administrations, and even include a letter from former President Jimmy Carter! 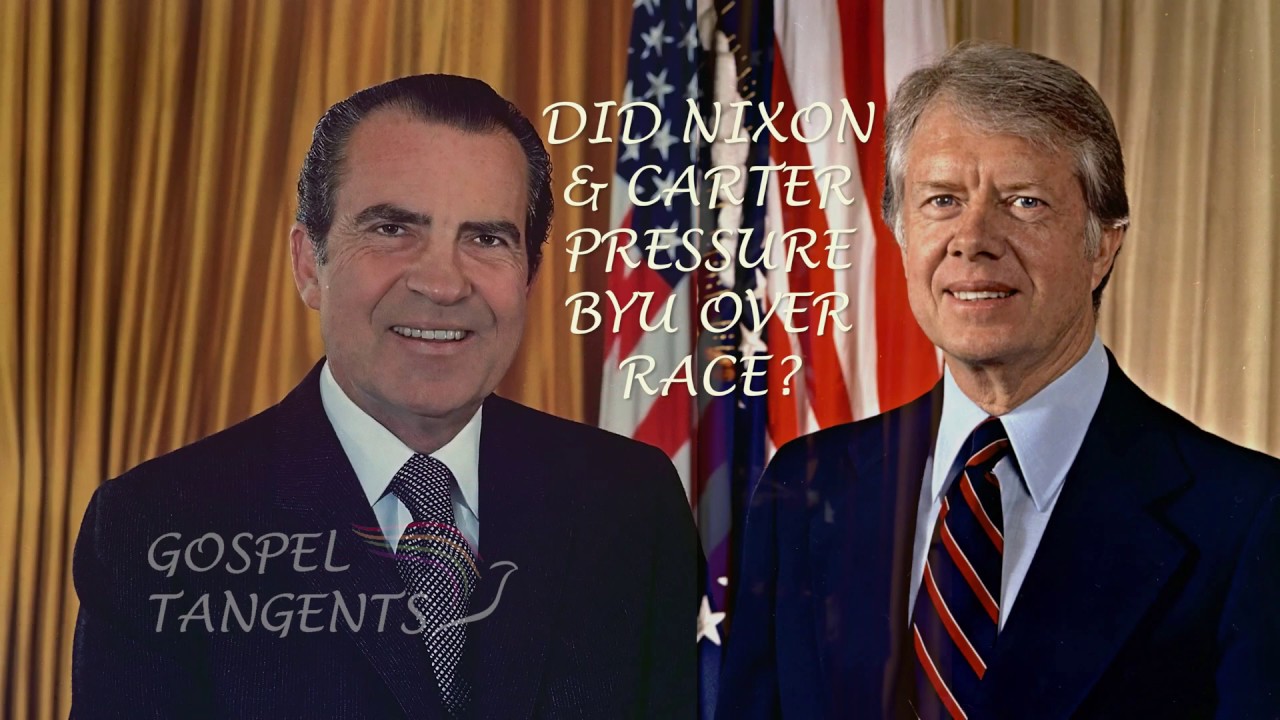 Matt:  On the internet, there are lots and lots of chatter about people saying that President Carter had instructed the IRS to crack down on the church. And I’ve seen this i`n probably, I don’t know, half dozen to a dozen places and people are so emphatic about it. [They say] Yes, he did this. One of them even went through his journal which is published and had conjectured that during President Carter’s visit to Salt Lake in 1977. That’s when he laid down the law in 1976-77.

Anyway, it’s just conjecture. That’s all it is. So anyway, I wrote President Carter a note. I asked him, “This is what it’s been said about you, that you used the IRS to crack down on the Mormons and put pressure on them to lift the priesthood ban.” And he wrote back a wonderfully written letter, and he said, “I have no recollection of ever doing that. However, I did help the Mormons with welfare and some work getting them something in Africa.” He didn’t elaborate. So President Carter said that.

GT: This is a recent letter?

Matt: This is three or four years ago.

Matt: Yeah. And I should add too, I have family in Atlanta. During one of my trips to see my brother and my sister years ago, I spent a lovely day at the Carter Library looking for these kinds of things. And there were big thick Mormon files but nothing that dealt with the IRS.

GT: It’s weird to be doing history on living people.

Matt: It is because they fight back. When they’re dead, they can’t. They don’t fight back. So it’s a challenge writing contemporary history. Because they they’re alive. They read it.

Were you aware of this?  Check out our conversation….

Don’t miss our other episodes with Dr. Matt Harris!

254: How Hinckley Prevailed over Benson on Civil Rights

253: The End of Benson’s Political Aspirations

160: How Kimball Persuaded Apostles to Agree on Lifting Ban

155: Before 1978:  How LDS Leaders Handled Bi-racial Families in Brazil and South Africa