PrevPrevious EpisodeCalling the Original Apostles (Part 4 of 4)
Next ExpisodeWas John D. Lee Most Guilty? (Part 2 of 4)Next

Richard Turley Writes on Saints… and Sinners (Part 1 of 4)

Richard Turley is not only an amazing historian but is Director of Public Affairs for the LDS Church.  In our next conversation, we’ll get acquainted with him and learn about a few of the books he has written, including the recent release of Saints: The Standard of Truth. 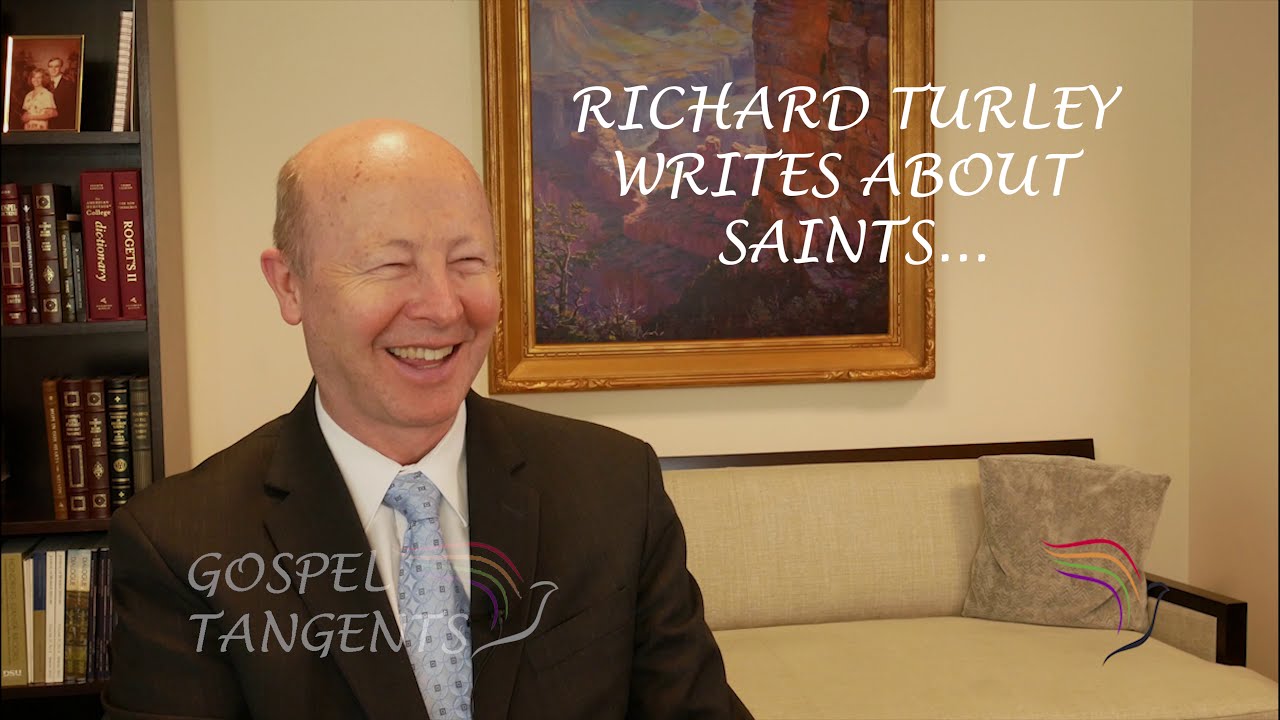 Turley:  So Saints, the story of The Church of Jesus Christ in the Latter-days, is the first multi-volume history of the church produced officially since B.H. Roberts’ comprehensive history, which was compiled from a series of journal articles that he wrote and published as a set in 1930 as part of the church’s centennial. Saints is a four-volume work that breaks the history of the church up into four time periods: 1815 to 1846, and then from there until 1893, and then from there until the mid-1950s. Then from that point to the present day.

It is a history that is written in narrative style. So, unlike a lot of histories which was just somewhat expository, this one is narrative, which means it’s deliberately intended to be engaging to the reader. The content is extraordinarily accurate history that’s been source checked repeatedly. You can find the sources in the back of the book. But it’s also written in a very engaging style. So, it has already become, by perhaps an order of magnitude, the single most read history in the history of the church.

GT : Well, I tried to get it for my mom for Christmas, and it was sold out, and I was like, “Are you kidding me?”

Turley: Well, it’s remarkable. Volume 1 is remarkable, and the other volumes will appear in succession. I encourage everyone to read it.

We also talk about his past and future books on the Mountain Meadows Massacre.

Turley: So when my co-authors and I were writing Massacre at Mountain Meadows, we gathered a lot of information. In fact, we ended up with more than 50 linear feet of files that we had collected from 31 states in the United States and the District of Columbia. I include in that the National Archives on Pennsylvania Avenue in Washington, DC, the National Archives in Maryland, what we sometimes call Archives Two and the Denver facility for the National Archives. So, we had a lot of information. The information that we gathered included historical documents, legal documents. The legal documents were particularly important, because no one had ever really examined the case from that perspective before and I, having a legal background, was particularly interested in doing that. So, working with the Janiece Johnson and LaJean Purcell Carruth, who is a shorthand transcriber, we put together these two volumes, and then an associated website that has on it thousands of additional pages of information. These volumes gave you the perspective from a legal standpoint of the Mountain Meadows case, including information related to the nine people who were formally indicted for the massacre.

Check out our other conversations about the Mountain Meadows Massacre with Rick’s co-author, Barbara Jones Brown.

PrevPrevious EpisodeCalling the Original Apostles (Part 4 of 4)
Next ExpisodeWas John D. Lee Most Guilty? (Part 2 of 4)Next