Surprising Word of Wisdom Insights from an Apostle

Table of Contents: Surprising Word of Wisdom Insights from an Apostle 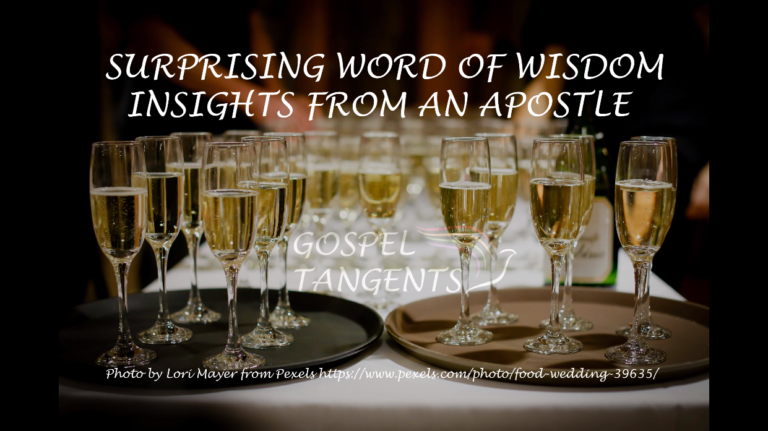