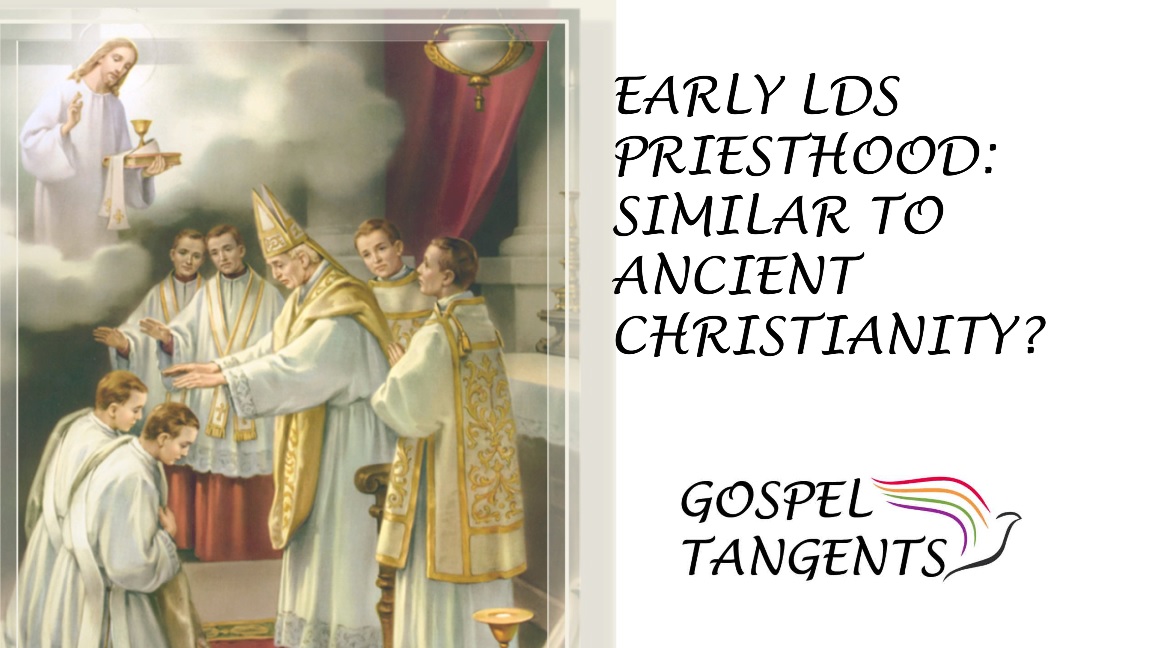 Greg Prince wrote a book[1] on the evolution of LDS Priesthood.  In our next conversation, I’ll talk to Greg and I’ll ask him more about this evolution.  He even touches on the variations in the First Vision accounts.

He said in his account of it in 1832, [he] already knew from studying the bible that all the churches were wrong, which is diametrically opposed to what the canonized version says.  So he went to the grove for personal forgiveness, and that’s what that account said.  The Lord appeared and said Joseph had been forgiven; end of story, bye, bye.  [There was] no hint that there would be a church in his future.

When you start to get into the Moroni narratives, then you have implicit authority, meaning that people around Joseph believed that something extraordinary was going on, and when he got the plates, they saw that something extraordinary was going on, and nobody challenged his authority to do it.  Towards the end of the translation process, they become concerned about having authority to perform ordinances, baptism being the primary one.

Did you know that in the early Mormon Church, Bishops and Deacons weren’t even a part of the organizational structure?

The Nephite Christian Church described in the latter chapters of the Book of Mormon had only three offices:  teachers, priests, and elders, and there’s minimal description in there, but there was a differentiation between the teachers and priests on the one hand, and elders on the other hand.  The word “priesthood” was not used.  In fact “priesthood” was more likely to be interpreted as “priestcraft” in the Book of Mormon, the evil priests.

If you look at the Far West record, which is basically the minute book of the early church general conferences, in the first conference that is recorded in June 1830, there are only three offices to which people are ordained:  teachers, priests, and elders.  You have two others appended in 1831:  those were deacons and bishops.

There are lots of other surprising insights.

You can make the claim that this is a restoration of the primitive church structure, but you can’t make that stick.  Yes those offices are recognized both in the New Testament.  It’s about as far as you can take it.  The concept of a dual-tiered priesthood existing within an early Christian church isn’t there.  It’s taking parts of Old Testament theology, parts of New Testament theology, doing some cherry-picking, and eventually settling in pretty much on where we have it now.

He also talks about some of the circular reasoning we have regarding priesthood.  Check out our conversation!  (Check out our previous episodes on leadership vacuums and ailing leaders too!)

[1] Greg’s book is called Priesthood from on High and is found at http://amzn.to/2nqcCFM