W.W. Phelps was editor of the Times & Seasons in 1844 when Joseph Smith was killed. He not only gave the funeral sermon for Joseph & Hyrum but played a critical role in resolving the Succession Crisis. He embraced polygamy, got excommunicated for it for 2 days, and then helped start up the Deseret News in Salt Lake City. Dr. Bruce Van Orden details the last years of his life. 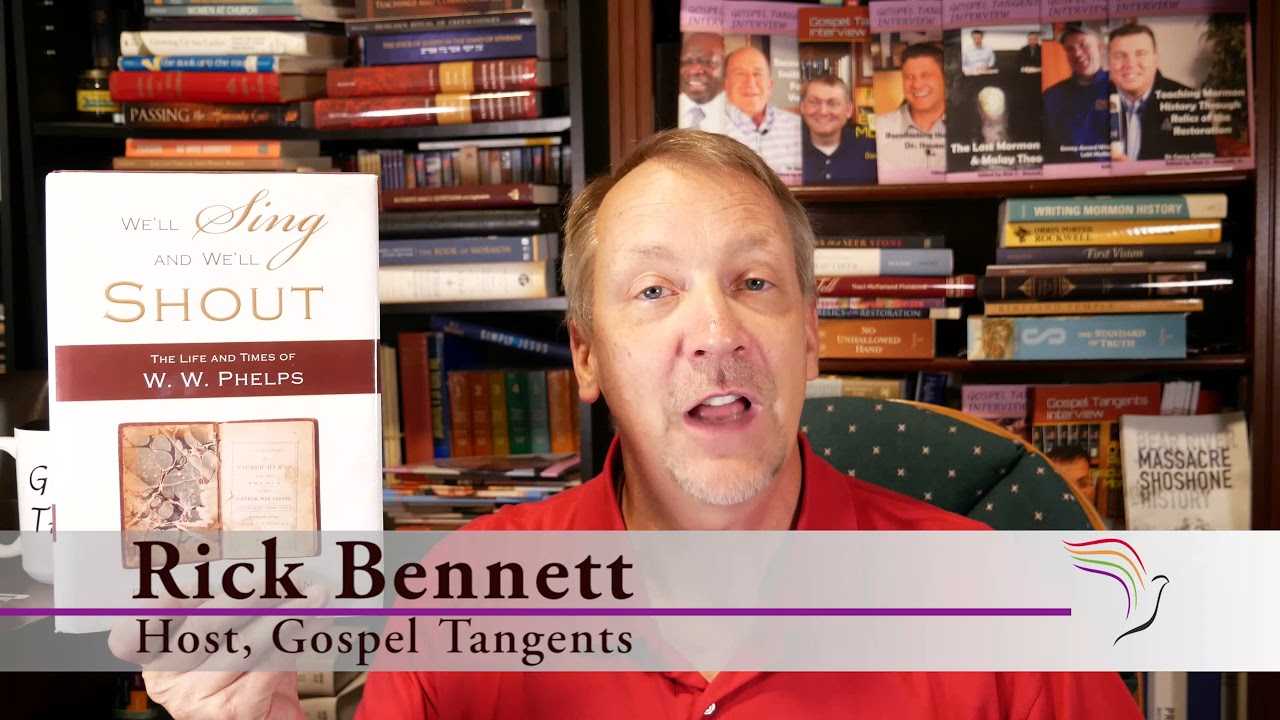 Bruce:  Let me say, though, that in the immediate aftermath of the martyrdom, the apostles were in the east. They didn’t hear of Joseph Smith’s death until a few days after it occurred. The only two apostles left in the Nauvoo to lead the Church were Willard Richards and John Taylor, but John Taylor was nearly killed and ineffective for five or six weeks. Phelps had been in on all the councils leading up to the time when Joseph Smith was killed.

Bruce:. In many ways, yes he was. Not officially, though. I don’t want to ever give that impression.

Bruce:  But he was in on all the Councils, including the Council of Fifty, and the Nauvoo City things, which was a Church/State operation, no question. Anyway, in the immediate aftermath of the martyrdom, the two men who kept peace and kept the Church in harmony, more or less, for five weeks until the apostles arrived back, were Willard Richards, and his good friend, W.W. Phelps and collaborator. Those two pretty much took care of things for five weeks until the apostles began coming back. Someone had to give the funeral sermon for Joseph and Hyrum, and it was W.W. Phelps who gave the funeral sermon, in which he articulated the teachings of Joseph Smith, about the kingdom of God on the earth, including the political part of it. People have wondered why Phelps gave the funeral sermon. It’s because he was one of the leaders of the Church and one of the two who really was around to take care of things in the immediate aftermath. He, of course, continued to put out the Times and Seasons and even though John Taylor was editor, obviously, was near death. He didn’t run the Times and Seasons. So, Phelps, of course, continued. He wrote all of the story of the martyrdom and reported it all. In fact, he used the word martyrdom. Then, he wrote this poem, which is Praise to the Man who Communed with Jehovah, which we sing.  But he wrote that immediately and put it in the Times and Seasons.

GT:  When the Saints were on the way west in Winter Quarters, Phelps was assigned to go get a press, because they needed a new press. He went and got it in Boston. That was the press that was used for all of the publications in Salt Lake, including the Deseret News and the Deseret Almanac. Phelps single-handedly put out the almanac for 15 years in Salt Lake on an annual basis, the Deseret Almanac.

GT:  So that Deseret Almanac was kind of based on something Thomas Jefferson had done.

Bruce:  Well, almanacs had been started in Britain, actually. But Benjamin Franklin had almanacs in America prior to the revolution, even.

Remember, to check out our last conversation with Bruce, you need need to subscribe to our free newsletter at https://gospeltangents.com/newsletter