Getting to Know Darren Parry (Part 1 of 9)

Table of Contents: Getting to Know Darren Parry (Part 1 of 9)

I’m excited to have my first congressional candidate on the show, Darren Parry. We’ll talk about Darren’s unsuccessful bid to become congressman in Utah’s 1st Congressional District, but more importantly we’ll talk about his book, “The Bear River Massacre: a Shoshone History.” Darren is the great-great-great grandson of Chief Sagwitch, one of the few people who survived the Bear River Massacre in southern Idaho in 1863. January 29 marks 158 years since the massacre.  We’ll get more acquainted with Darren.

Darren:  My name is Darren Parry.  I’m the former chairman of the Northwestern Band of Shoshone Nation. I’m former because I stepped down as Chairman to run for Congress, a failed attempt. A Democrat in the First District isn’t such a good thing. It was a good experience. I won’t do it again, but it was a good experience.

Darren:  No, it’s not at all, actually.  I’m a realist. I realized a long time ago that if I was going to run for Congress as a Democrat, there was a great chance, I’m not going to win. But it was important to me to meet people, and give people a choice, a good choice and talk about issues that are important to me and, I think, important to a lot of people that live in the First District, probably not the majority. I felt like we moved the needle a little bit on what’s important. So, in that respect, I ran a really clean campaign. Everything was issue-based. I felt really good about it at the end. That’s why I thought, “Man, I met some great people, too,” that I think will be able to help me with the Interpretive Center and other places that I probably wouldn’t have met, had I not run. So it’s all good.

Darren:  This book [The Bear River Massacre:  A Shoshone History] really came about because of my grandmother. She was our tribal historian. She was a keeper of our sacred records. It was always important to her that she shared her culture with people. I know she wanted to write a book. She got Parkinson’s disease towards the end and she just ran out of time. But she did one thing that really saved our tribe and our culture. She started writing down all of the stories that she’d heard from her grandfather Yaeger. She was a product of the boarding schools. She went to boarding school in California. She used that as an opportunity, though, to get educated and learn the white man way of learning.  She came home, went to Bear River High School, and then on to LDS Business College where she got a degree in English, which helped her to write.  Even though she didn’t get to really publish a book like this, she had all these notes and handwritten notes and typed notes. Back then, it was a typewriter. You’re banging out keys, making the carriage go back. She had just volumes of these notebooks that she wrote about our people and the culture and the stories. I found some stories the other day that I haven’t seen for a long time about how the bald eagle became bald, and how the porcupine got its quills. It’s like, wow! I mean, it was just more information that she’d worked on and she knew her whole life, but she wanted to make sure that when she passed away that it was available for everybody.

Darren:  When I talk and speak to groups, I always make this comment. “When an old Indian dies, a library burns.” When you’re talking about oral history, and oral culture and knowledge that is in our elders’ heads, when that elder dies, if they haven’t written it down, or if they haven’t videotaped themselves, that knowledge is lost to the world. So, the fact that my grandmother had the ability to see what writing down these stories would do, is really remarkable. So, when she died, as I got older, I just got thinking about it, and it was probably her on the other side, prodding me along. But I just felt like I needed to finish her project. So, it’s a book about our people, how they lived, what the coming of the pioneers did to them, and how they tried to get along and how things led to the massacre of Bear River. Not only that, she made a point that she wrote quite a bit about the conversion of the Shoshones to the Mormon religion. All of that serves as a backdrop of what’s in my book, is a lot of her writings, and a lot of my thoughts on the massacre and the conversion of our people and letting people know that we’re still here.  We’re still a tribe, and we’re still alive, and we have a culture that’s rich. We have a language that’s still strong. The story isn’t a really bad massacre of our people. The story is about resiliency. The story is about how we are still adapting today to the world that we live in. We’re still here, and we’re going to be here for a long time. 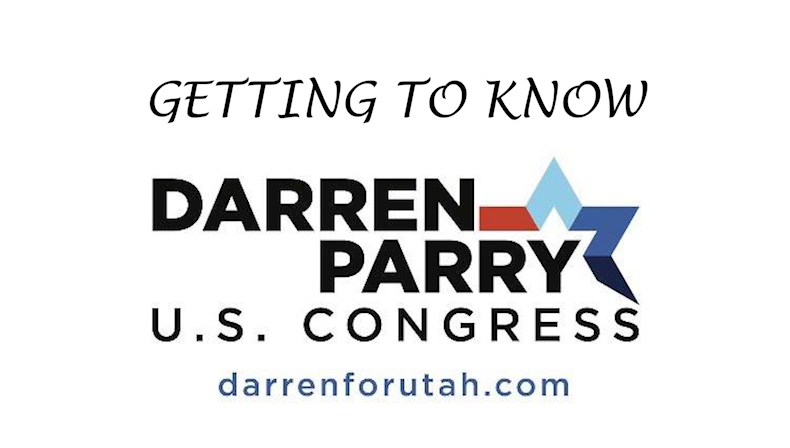 Don’t miss our previous conversation with Will Bagley about the Bear River Massacre.