Intro to Gospel Tangents (Part 1 of 5)

Table of Contents: Intro to Gospel Tangents (Part 1 of 5)

John Larsen of the Sunstone podcast sat down in August 2019 to learn more about Rick Bennett of the Gospel Tangents podcast.

John:  Gospel Tangents started a couple years ago, so what is this podcast?

Rick:  So, I don’t know if I should admit this, but honestly I enjoyed your podcast Mormon Expression. I’ve enjoyed Mormon Stories. I just thought, you know what? I want to dip my toe in here and I kind of want to talk to people from all different perspectives, whether they’re believers, non-believers, former Mormons, and I get a wide range of people. I just like to expose people to a lot of different ideas. I don’t always agree with my guests. They don’t always agree with me, and that’s fine. But, in the month of June, [2019] just to give kind of a variety of people, I talked with Dan Vogel, who was very….

Rick:  Then, in the middle of the month I talked to Jana Riess and Benjamin Knoll ,who are more on the progressive side.

John:  They’re progressive and, of course, Jana Riess writes for, well several outlets but she does a lot of current research into Mormonism and exposes that on national basis.

Rick:  And then I ended the month with Elder Snow of the Quorum of the Seventy. I guess he doesn’t get officially released till October [2019.] So I ended up with a General Authority and an ex-Mormon and a progressive Mormon, which is kind of a good in one month. I mean, I pretty much covered the gamut there.  I’ll talk to polygamists. I will talk to, Brian Hales, Ugo Perego, Simon Southerton. I’m trying to cover all the bases. I don’t care if you’re just LDS Mormon, I want to cover, I want to talk about Community of Christ. I’ve talked with John Hamer and he’s a Seventy in the Community of Christ now, and Lachlin MacKay who’s an apostle. I’ve just recently, although I haven’t released it yet, talked to another Apostle and Seventy from a polygamous group, Christ’s Church, the Righteous Branch, they call themselves. I really tried to cover all my bases. I’ve got an upcoming–a couple of interviews with a couple of never-Mormons. Larry Foster and Quincy Newell are both professors.  One’s at Georgia Tech and the other one’s at Hamilton College in New York. So, really trying to just cover Mormon history from every possible angle you can.

John:  Well, and again, I have to congratulate you because you’re pulling off what’s really difficult to do. The Mormon Studies world tends to get polarized very quickly and gets into camps. Those camps tend not to talk to each other. They oftentimes will behind the scenes a lot more than they will, but there’s public reticence on both sides, for, let’s say critics and ex-Mormons to engage in anything they think might be in the least bit faith promoting.  And on the other side, to avoid the taint of sounding like you’re talking to apostates or associating with those who are enemies to the kingdom or whatever.

Do you like the variety of guests on my podcasts?  Would you like to give me any feedback?  Here is a reminder. If you want to hear the entire interview uncut, become a patron for at least $5/month at https://Patreon.com/GospelTangents 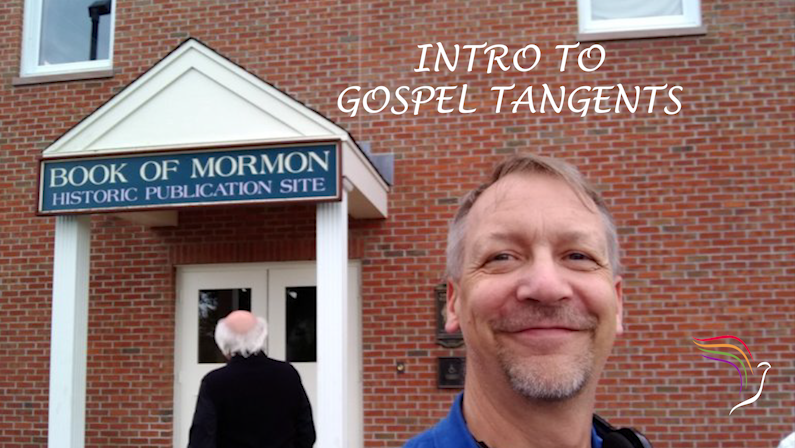