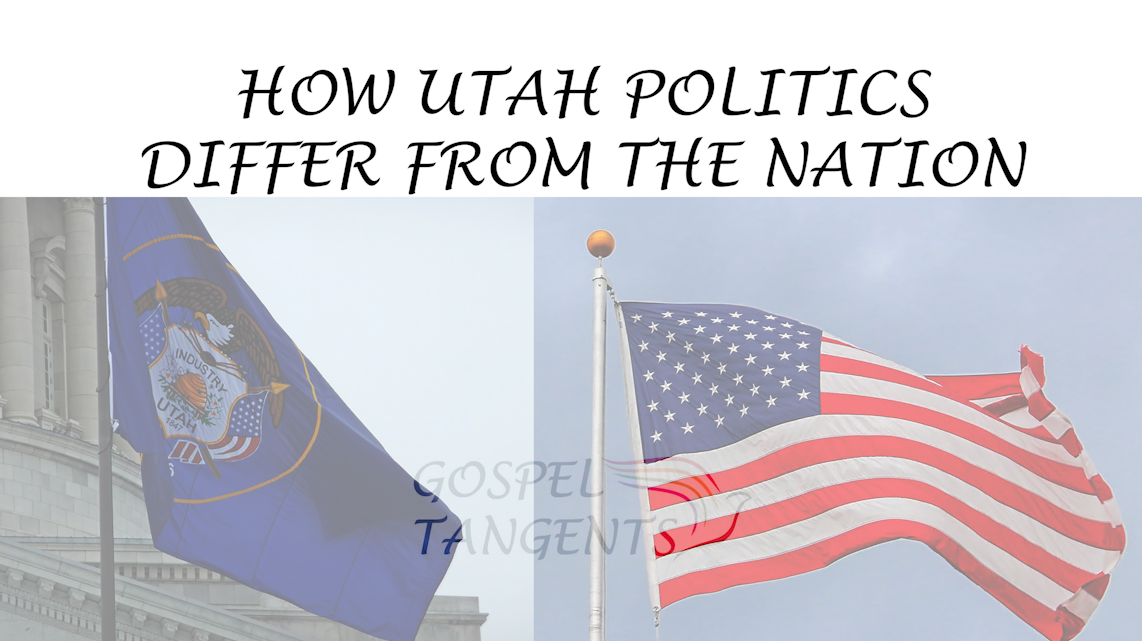 Utah politics are different than national politics in a few different ways.  For example, Utah governors enjoy the highest ratings of governors in any state!  Does LDS Church culture play a role in this?

Rod:  The best explanation I’ve heard was [former Utah Governor] Mike Leavitt. I asked him about it. He said, “If you do an okay job, they sort of sustain you.” Sustain is a Latter-day Saint word. The Latter-day Saints sustain people in their congregations and they always do it unanimously. There is a Latter-day Saint tradition of supporting leaders, and it extends to governors, if you do an okay job. So Utah has popular governors, more popular than maybe any other state. They’re certainly contenders and Utah has long serving governors.

And state politicians are more concerned with balance budgets than cutting taxes.

Rod:  Utah Republicans are tax-cutters in Washington and budget-balancers in Utah. The Utah legislature and Utah governors are scrupulous about balancing the budget. They’re careful. Occasionally, there might be a very small deficit that slips in and they immediately pay it off the next year. They’re careful, and they’ve been that way for decades. They weren’t always that way. But they’ve been that way for decades. But in Washington, all the Utah Republicans voted for Ronald Reagan’s tax cuts, voted for Donald Trump’s tax cuts, voted for George W. Bush’s tax cuts. Now, they say we should cut spending to balance the budget, but they know that’s not going to happen. They voted for tax cuts, even though it increased the deficit.

Now here, they like tax cuts too. They cut taxes, but they don’t cut taxes, if it’ll make a deficit ever. And they’ll raise taxes if they need to, to balance the budget. In Utah, a balanced-budget comes first.  In Washington, tax cuts come first. The difference is that Utah Republicans own Utah State Government. They want it to be strong and properly run. Whatever strength Washington has, it’s eventually going to be used against us. Put them in deficit. Cut the taxes. Starve the beast. Do everything you can to beat up on them, because even so, even after you’ve done everything you can, they’re going to come out here and run you off federal land or declare a monument or make you allow abortions. I mean, they’re going to do bad stuff to you out here. So you don’t want them any stronger than you have to have them.

We’ll also talk about the national monument controversies among Presidents Clinton, Obama, and Trump.  Rod Decker tells more about how Utah politics are different from the nation.  Sign up for our free newsletter at https://gospeltangents.com/newsletter to hear the conclusion of our conversation with Rod!

Don’t miss our other conversations with Rod Decker!

325: Downwinders & Utah’s Fight against the Feds