February is Black History Month and we’re continuing our conversation with Russell Stevenson.  He’s the biographer of Elijah Ables and in this next episode, we’ll talk about Ables’ Canadian mission.  Did you know that he had to escape from a mob?

Russell:  I don’t think it’s a coincidence that at approximately the same time, Elijah is being chased by a tar and feather mob.  He runs to the home of Sarah Beckstead.  Who is it that ends up defending Elijah’s life?  It isn’t the man of the house, but it is Sarah Beckstead, who comes out with a rifle in hand and opens fire on the mob and they quickly disperse.

GT:  Wow, that’s crazy.  I’m trying to remember, but I believe that there was a charge of murder against Elijah Ables.  Is that right?

Russell:  Yes, yes that is correct.  There were rumors being spread that he had committed several murders in fact.  It’s likely that played a role in his persecution as well.

Here’s a couple of other noteworthy moments from Able’s Canadian mission.

Russell:  We know that he played a role in ordaining another man to the priesthood, William McIntire.  That is again clear from very good contemporary evidence.

GT:  So this is a black man ordaining a white man to the priesthood?

Russell:  Yes.  We know that Elijah had success in converting a woman by the name of Eunice Kinney.  Eunice Kinney was a woman living in Madrid, New York and she said as she heard Elijah speak, even though he didn’t have the same ability to read and to engage written texts as others did, she felt the spirit so powerfully when he preached.  She wanted badly to affiliate with the saints and to become acquainted with the saints, based on his testimony alone.

Don’t forget to learn more about Elijah’s Ohio conversion and work on the Kirtland Temple.  Check out our conversation….. 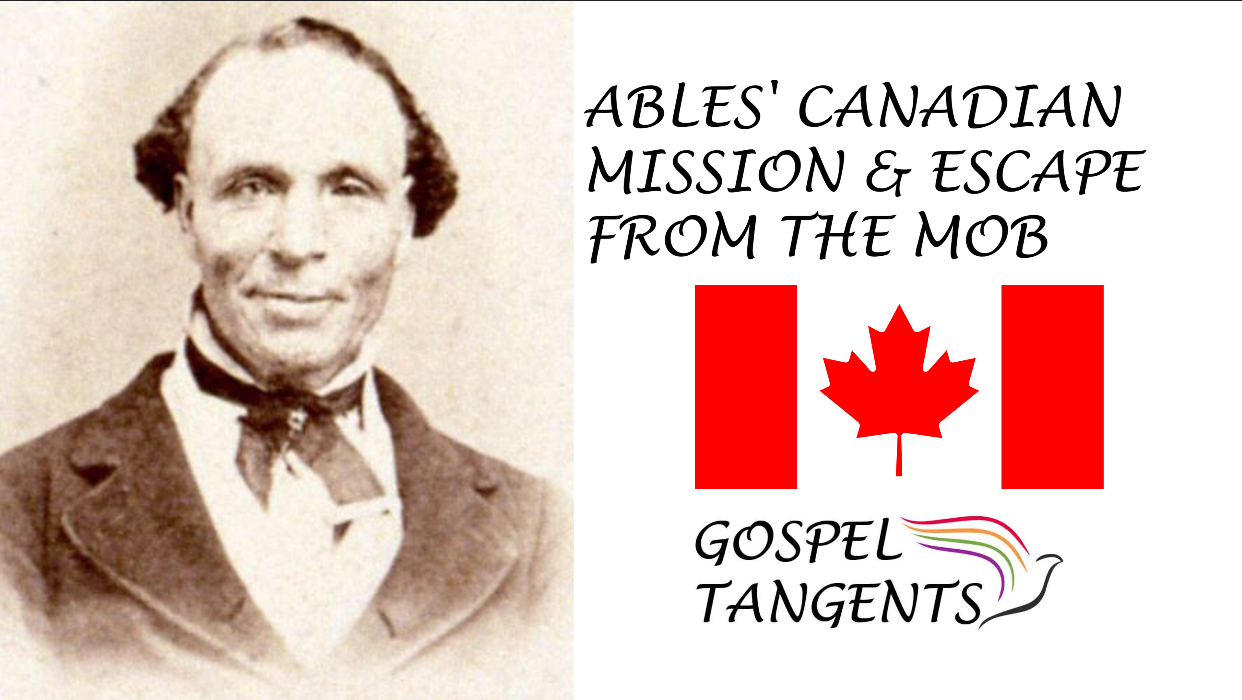