February is #BlackHistoryMonth and we’re starting off with Russell Stevenson, a Ph.D. candidate at Michigan State University in African-American studies.  He has written a biography of Elijah Ables, and we’re going to learn more about the first documented black man to hold the priesthood.  I’ll ask if Elijah Ables was born a slave, and we’ll learn as much as we can about his life before he joined the LDS Church.

As far as his religious upbringing, we know basically nothing about that.  We don’t even know with certainty that he was a slave.  Statistically speaking that part of Maryland, the free African-American versus the slave African-American ratio, it broke in favor of slaves.  Statistically speaking he was probably a slave at some point, but beyond that speculation we don’t know with certainty.

Really the first hard documentation we have of Elijah’s life comes through a photograph that we have, George A. Smith family photograph collection and it identifies his baptism year as being 1832.  Thanks to that photo, we have some sense of how old he was, which is again, somewhere between 20-24 years old, but the documentation is pretty limited.

Was he light enough to pass for white?  What was his occupation?  Russell answers these questions!  Check out our conversation….. 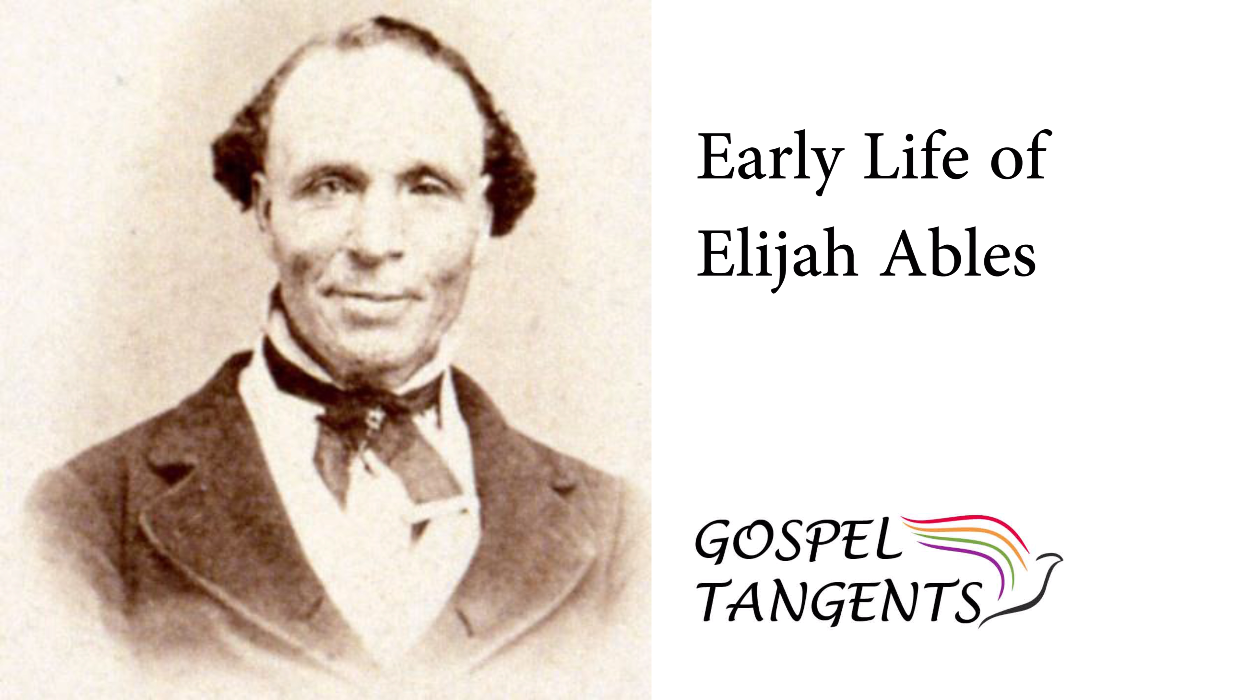 Don’t forget to check out our interviews with Margaret Young, Dr. Paul Reeve, Dr. Mark Staker, and Dr. Darron Smith as part of your studies of #BlackHistoryMonth!