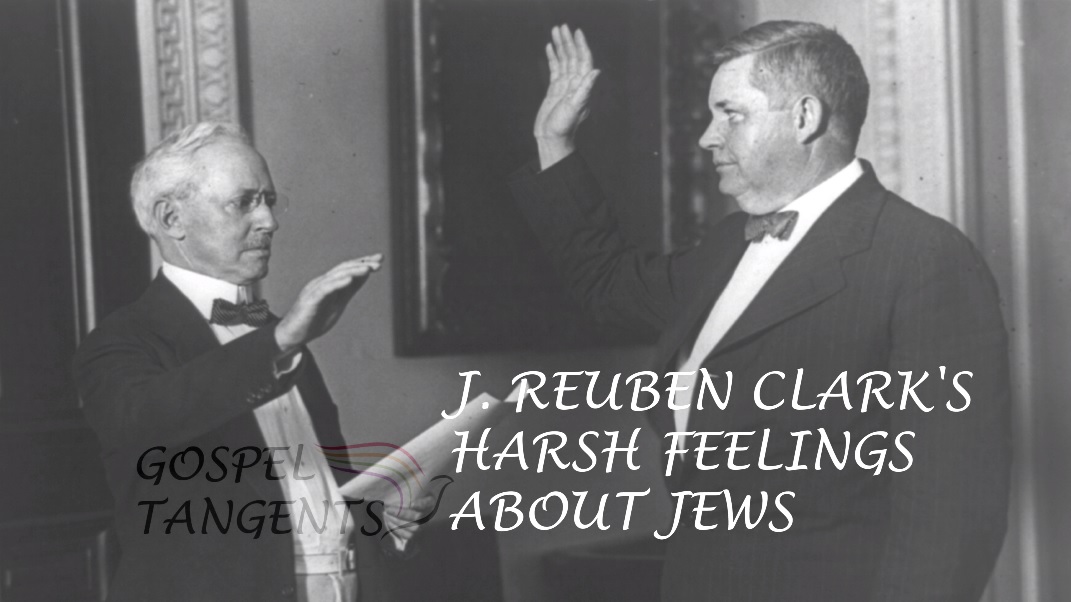 As Hitler came to power in Germany, how did the LDS Church respond?  In our next conversation, we’ll talk to Dr. David Nelson and we’ll talk specifically about how J Reuben Clark of the First Presidency dealt with Jews in Hitler’s Germany.  It wasn’t a pretty picture.  Nelson describes the political environment Clark grew up around.

He had a long government career during Republican administrations and then he was in private practice as a lawyer when Woodrow Wilson served eight years as a Democrat as president after [Teddy] Roosevelt up until his [Roosevelt’s] death in 1921.  J. Reuben Clark was primarily a nativist and xenophobe, and he became, because of his experiences in the eastern United States, he became an anti-Semite.  When J. Reuben Clark gave the valedictory address at the University of Utah in 1898, the whole thing was filled with anti-immigrant sentiment.

Now this was not just J. Reuben Clark.  One of the bad things about American progressivism at the time, and don’t think of progressivism back then as progressive is used as the word today.  There were good things in progressivism, but there was a lot of anti-immigrant sentiment in progressivism.  Immigrants are coming over, they’re taking our jobs away from us and all that.

Find out what Clark said!  We’ll also talk about how he responded to both Jewish and non-Jewish immigration requests to the United States.  Check out our conversation…..

[1] This was a forerunner of the United Nations and was proposed by U.S. President Woodrow Wilson as a reaction to World War I.