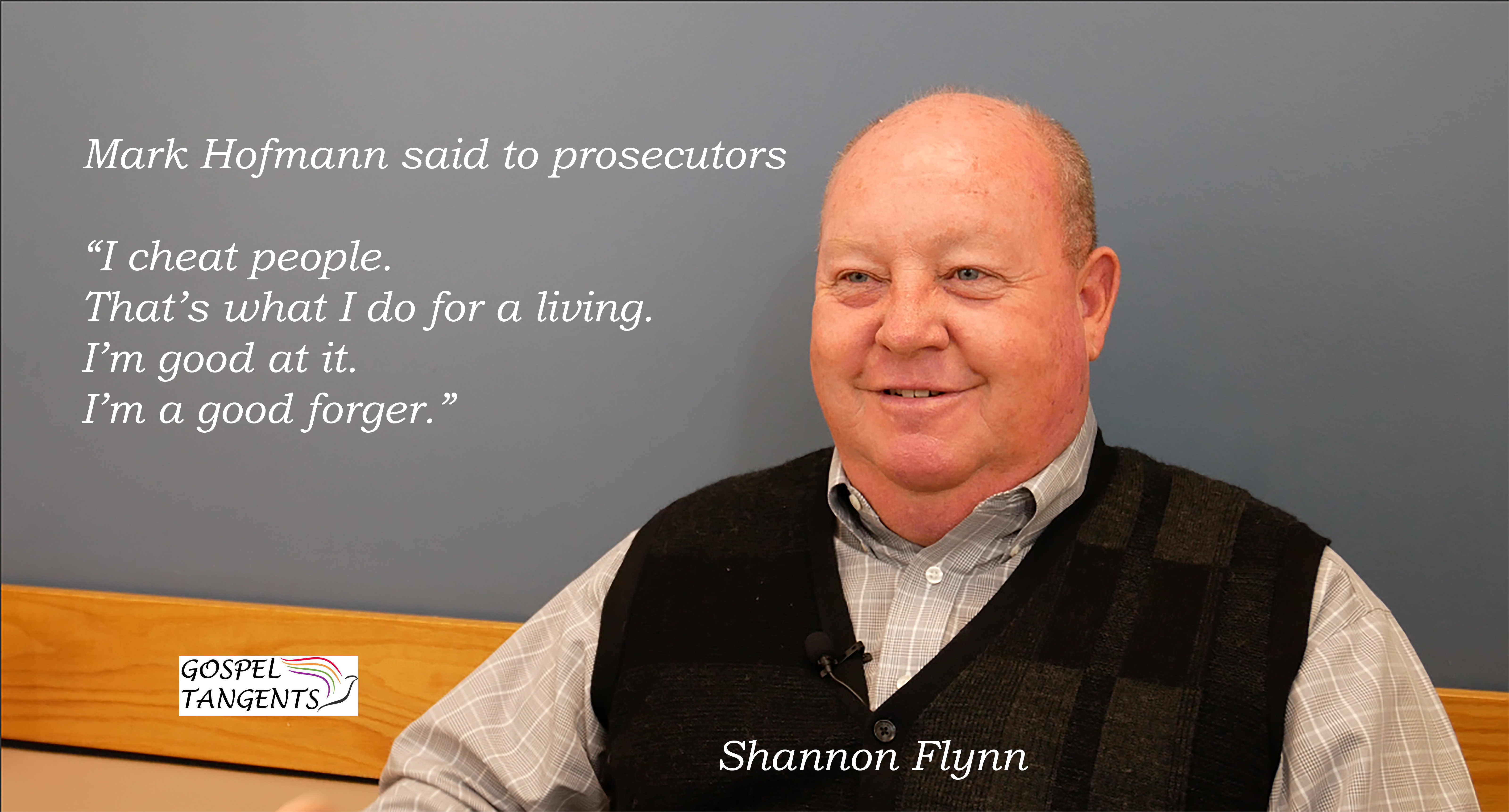 In our last conversation, Shannon Flynn told us that Mark Hofmann started forging coins as a teen.  How was he able to fool so many experts for so long?  Was he a charismatic person?  What’s it like to work with a master forger?

Shannon:  Nowadays you would kind of see him as a computer nerd.  He was not charismatic in the least.  He kind of had poor social skills.  I remember on at least one occasion going with Lynn, some friends of Lynn, my wife and I and were going to have a barbecue dinner at the Hofmann’s house, a lot of chatting and so forth.  We got there a little bit late.  We go in the house and Mark has already made his dinner and eaten it.  You would have thought a normal person would have waited.  He didn’t know and didn’t care.

Like I said he was not a good host or those sorts of things, but he was a very personable person.  I don’t ever remember a time seeing him, he never suffered from depression or those sort of things.  He was not a down kind of a person.  Of course at that time if you had any interest in Mormon history or collecting, he was the person to know because he was always in the middle of this thing and that thing and buying and selling.