Table of Contents: Early LDS Temples Open to the Public

Modern LDS Temples are opened to the general public only prior to dedication.  Following the dedication, only Mormons who meet certain standards of conduct are allowed to enter.  It wasn’t the case in Nauvoo and Kirtland however.   There were exhibits of Egyptian mummies in Kirtland, and there was dancing in the Nauvoo Temple.  We’ll talk to Dr. Richard Bennett, a BYU professor in Church History and Religion and we’ll talk about some of the other things that were open in these two temples. 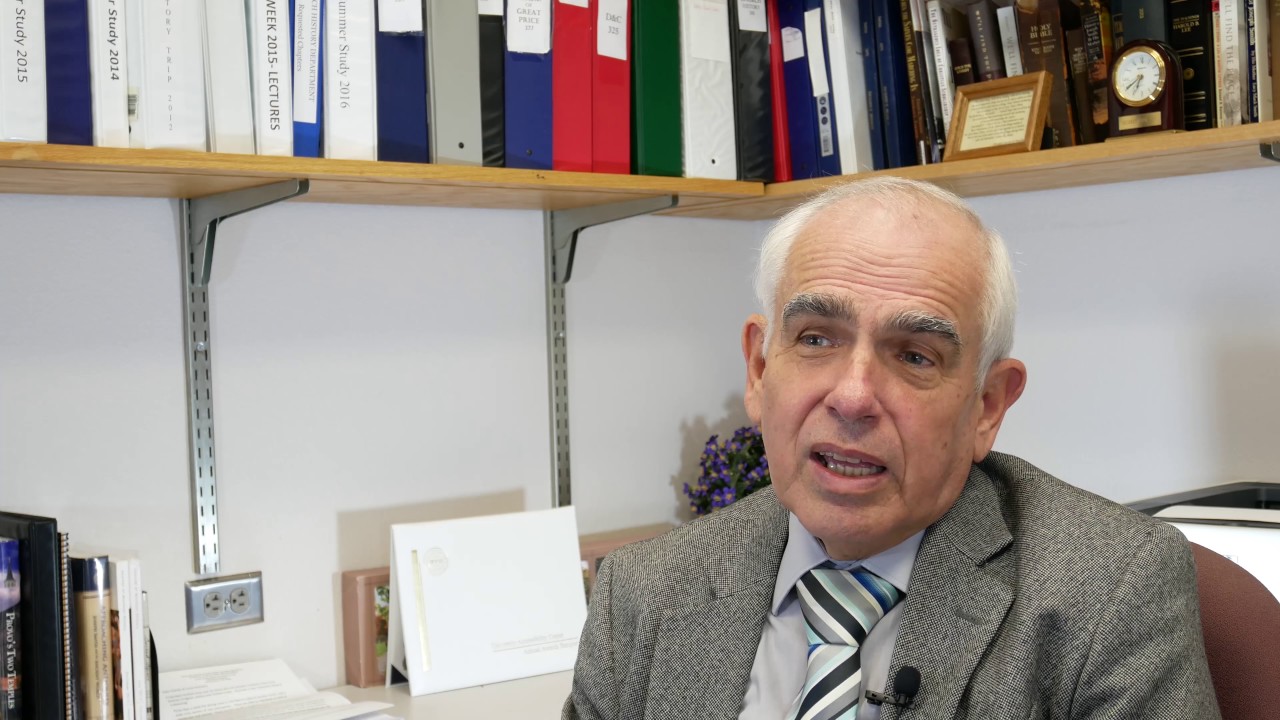 GT:  So I understand when the mummies were brought to Kirtland and then Joseph Smith and the church purchased them that they actually displayed those in the temple and I believe charged admission.

Dick:  Yes they obtained those mummies in 1835 and there’s no question that Joseph Smith had begun the interpretation of what we now have as the Book of Abraham in Kirtland.

So yeah, they were shown.  The Smith family took possession of them, or at least shall we say they were owned by the Church, but the Smith family kind of took care of them and would invite people to come and see them not just at the temple but at the Smith home for maybe 25 cents, 20 cents or something like that.

GT:  There was a lot of different music and they used to dance inside the temple.  I was reading that Brigham Young said, “The temple is a holy place and when we danced, we danced unto the Lord.”  I thought, well, we don’t dance in the temples any more.  I think this was after a wedding.  There had been a big wedding celebration in there, and it says “The sisters retired to the side rooms, the brethren stretched themselves on the floor or on the sofas, and we were all soon in the embraces of a tired nature’s sweet restorer, balmy sleep.”  They actually feel asleep in the Nauvoo Temple.

GT:  As I think about my experiences in the temple, they’re very different.  {chuckles}  What do you think about those differences that the Nauvoo days and our temple worship today?

Dick:  There’s no question that they danced unto the Lord in the Nauvoo Temple.  You don’t see that so much in the Kirtland Temple, but in the Nauvoo Temple as they were preparing to move west, there was this great push.  Let’s have as many as possible receive their endowment, even though the temple isn’t dedicated yet. There where what, 5500 people who received their endowment in the Nauvoo Temple before they left between the 10th of December and the end of January.  They were giving them around the clock.  Brigham Young in particular was the one in charge because Joseph is gone by now and the Twelve hold these keys of sealing which Joseph had bestowed upon them.

What do you think of these differences in temple today compared to early Nauvoo and Kirtland?