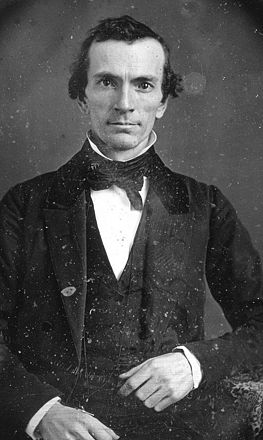 This is not your typical polygamy conversation.  How did polygamy get started in the LDS Church?  Dr. Mark Staker has a very interesting theory:  he thinks it was started by a former slave, Black Pete, who joined the Mormon community in 1830.  I talked about Black Pete in Part 1 and Part 2 of my discussion with Staker, an LDS Anthropologist, and Staker also makes the case that Oliver Cowdery, not Joseph Smith, wrote the Declaration on Marriage that was replaced by D&C 132 in the Doctrine & Covenants.  With the LDS Church’s stance on monogamy being God’s standard, does Staker believe that this de-canonized revelation could be re-canonized?  Check out the audio above, video below, or transcript (also on Amazon) to find out!  You’ll learn a lot about polygamy the foundations of polygamy in this episode!

Here’s a few interesting quotes from the podcast:

GT:  So wait a minute.  You’re telling me that Black Pete may have been responsible for introducing polygamy into the Kirtland community?

Mark:  I believe so, and I believe that’s why often we say well Joseph Smith was translating the Bible and he wants to know about Abraham and his wives, Isaac and Jacob and their wives and so he asks that.

Who authored the Declaration on Marriage?

Brigham Young believed it was all Oliver Cowdery.  Did he know all the details?  Scholars have disputed that but some of them have accepted his declaration.  I tend to believe that Brigham Young did know enough about those details that he was right that Oliver Cowdery had played the principal if not the sole role in getting that material included.

What are your thoughts?