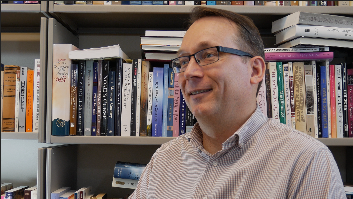 In today’s world, Mormonism is seen as a predominantly white church, but in Joseph Smith’s day, it was perceived as just the opposite.  Mormons were considered so different back then that many scientists and doctors thought a new race was coming from the Great Basin Kingdom.  How did outsiders get such strange ideas?  Dr. Paul Reeve, professor of history at the University of Utah will help us answer that question.

Please click on the link to listen, but I wanted to share a few quotes from Paul that I really enjoyed from the interview.

…in the 19th century Mormonism was actually born into a very charged racial context.  Even immigrants from northern and western Europe were being racialized as not fully white.  There was a racial hierarchy that animated 19th century thought about where people fit in, and Anglo-Saxons were at the top of that hierarchy, and then Irish immigrants or Italian immigrants were seen as less than fully white somewhere down that racial ladder, and obviously you have Native Americans, Asians, African Americans at the bottom of the racial ladder, and 19th century observers were trying to figure out where to situate Mormons.

The argument of the book is that they weren’t merely religiously suspect but also racially suspect.  You had medical doctors who actually argued that Mormonism, Mormon polygamy in particular was giving rise to a new race, a degraded, sunken, degenerate race and therefore Mormons and their bodies were denigrated as not white.

Religious thinkers rejected it because they saw it as an attack against the Bible.

What do you think of these strange notions?